According to data provided by the Japan Meteorological Agency (JMA), its maximum wind speed near the center is 175 km/h (110 mph) with gusts to 250 km/h (155 mph). No change in intensity is expected over the next 24 hours. 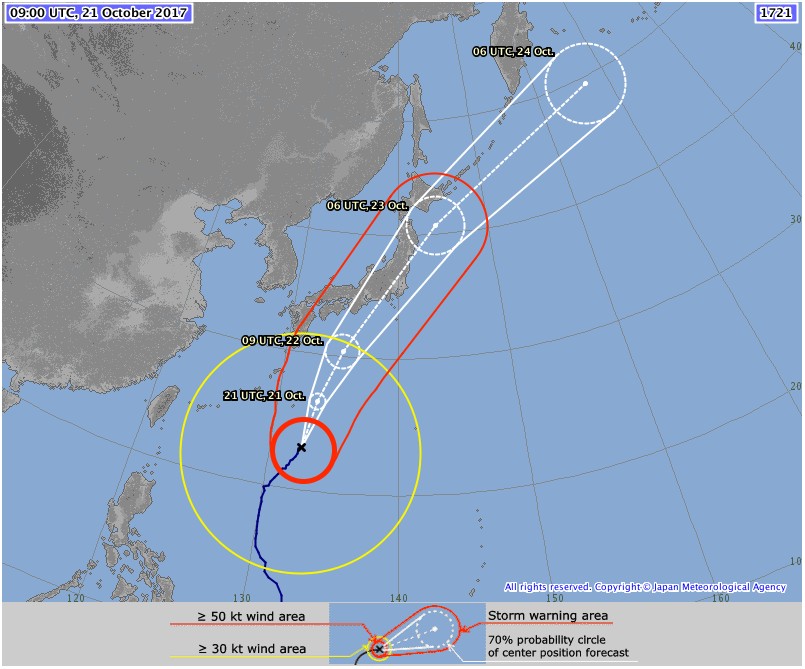 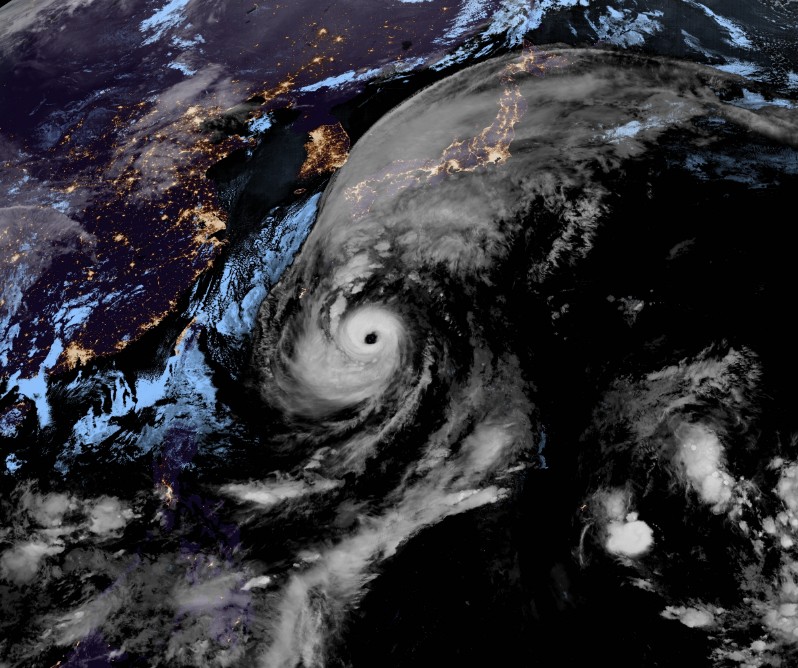 "However, the wraparound moisture along with the forward momentum of the system will bring serious heavy rainfall that could lead to flash flooding along with powerful winds that could cause some damage from Nagoya eastward," Jonathan said.

"Those between Kansai and Kanto regions should be preparing for the powerful system to really disrupt life in terms of public transportation overnight Sunday throughout the daytime hours on Monday," he warns.

"Once Lan interacts with Japan Monday, the system will quickly depart and weaken into a post-cyclonic system, though it will still kick things up with rain and winds for those in northern Japan for several hours before completely leaving the scene."