Our planet is under the influence of a coronal hole high speed stream (CH HSS) which is causing isolated periods of G1 – Minor geomagnetic storming over the past 2 days, August 17 and 18, 2017. Meanwhile, solar activity is very low. There is only one numbered active region on the Earth-side of the Sun and it's only showing B-class activity.

Over the past 24 hours, the greater than 2 MeV electron flux was at normal to moderate levels due to electron redistribution associated with CIR arrival and CH HSS onset. It is expected to be at normal to moderate levels on August 18 and increase to moderate to high levels due to continued CH HSS influence. The greater than 10 MeV proton flux was at background levels and is expected to remain like that over the next three days.

Solar wind environment is expected to remain enhanced during the next three days (August 18 – 20). 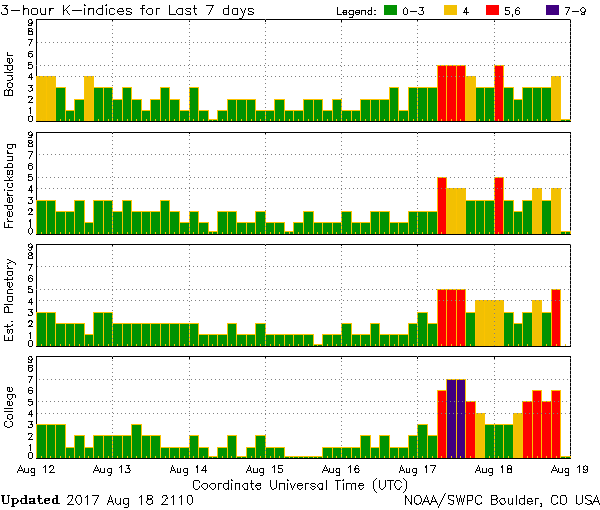 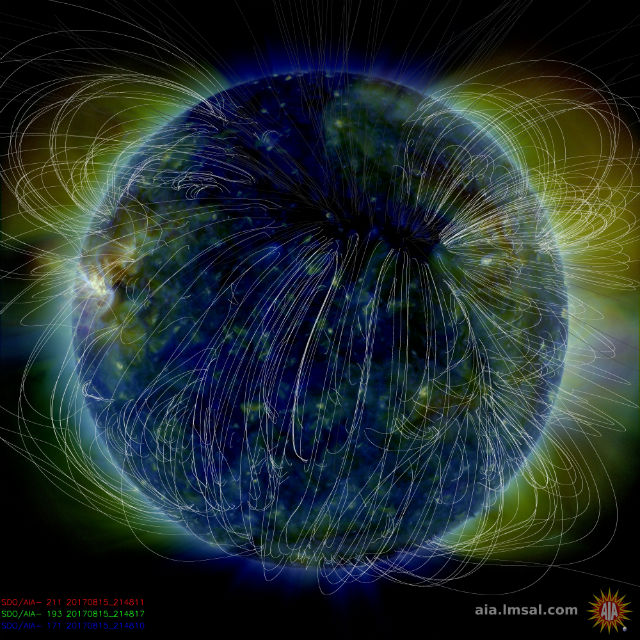 Unsettled to active levels are expected on August 19 and 20 as CH HSS effects diminish.