A rescue helicopter sent to assist evacuation of residents after a sudden phreatic eruption at Dieng Volcanic Complex, Central Java, Indonesia crashed three minutes before arriving at the scene on Sunday, July 2, 2017. All eight people on board were killed.

Sileri crater at Dieng Volcanic Complex erupted at about 05:00 UTC (12:00 local time) on Sunday, spewing ash 50 m (164 feet) from the top of the crater and emitting mud and cold lava. 10 of 17 tourists who were within 15 m (50 feet) from the crater when the eruption occurred were injured.

A rescue helicopter from the National Search and Rescue Agency (Basarnas) was immediately sent to help evacuate residents. However, three minutes before arriving at the scene, the SA 365/AS365 Dauphin 2 Eurocopter with 8 people on board crashed near Candiroto village in Central Java province's Temanggung district. It reportedly hit a cliff on Butak Mountain. 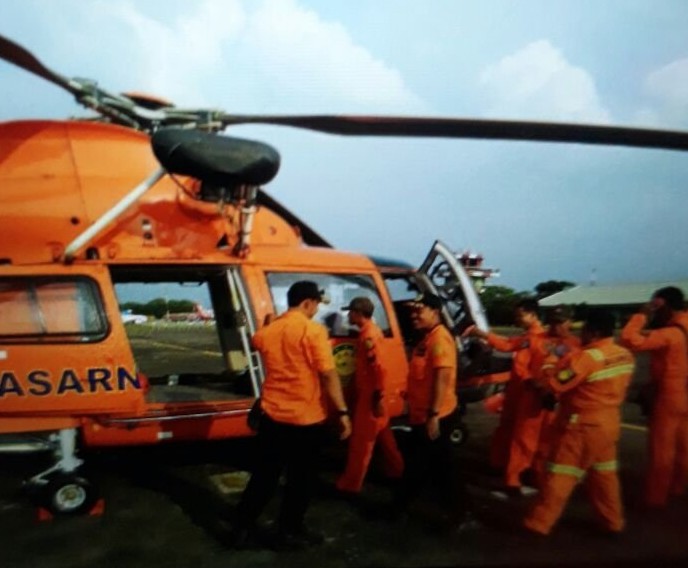 The last photo of the rescue team sent to help evacuate residents and injured people after the eruption at Mount Dieng on July 2, 2017. Credit: Sutopo Purwo Nugroho / BNPB

Brig. Gen. Ivan Tito, director of operation and training at the search agency, said that the victims were four navy officers and four rescuers.

According to the Jakarta Globe, Central Java Police Chief Insp. Gen. Condro Kirono said the police still cannot confirm the cause of the helicopter crash.

In the morning before the helicopter crashed, it took a number of journalists from a toll gate in Brebes, Central Java, to monitor post-Lebaran traffic and was heading to Grising near Batang in Central Java, before Basarnas diverted it to Dieng.

"We [Basarnas] received news about the Dieng eruption in the morning, so we decided to send the chopper there," Basarnas Semarang Head Agus Haryono said. The journalists who were on board the helicopter were dropped off at the Ahmad Yani Airport in Semarang, Central Java.

Agus said the SA 365/AS365 Dauphin 2 Eurocopter, a medium weight twin-engine helicopter made by Airbus Helicopters, was in normal condition and had been used by Indonesia's Transport Minister to monitor post-Lebaran traffic without any problems. "The helicopter is new, it was assembled in 2015," he said. 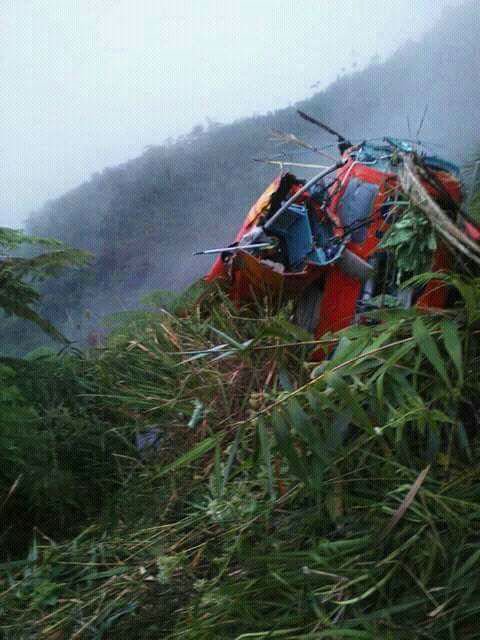 There are more than 20 craters at this Dieng Volcanic Complex but Sileri is the most active and most dangerous. Its last eruption took place in 2009, ejecting volcanic material up to 200 m (656 feet) and triggering the creation of three new craters.

In 1979, some 142 people were reportedly asphyxiated when the volcano spewed gases.