Central Vietnam has been hit by heavy rainfall since late November 2016, resulting in severe flooding which killed at least 13 people by Sunday, December 4, 2016. The region saw up to 300 mm (11.8) of rainfall in recent days and more is in the forecast.

The worst hit were Bing Dinh and Quang Ngai provinces, where more than 10 000 homes have been submerged, the government said today.

Six people in Binh Dinh province died in floods since Thursday, December 1 and another four in Quang Ngai province.

In Quang Nam province on Saturday, December 3, three children aged between four and 13 were swept away in flood waters, the Thanh Nien newspaper said, as reported by Reuters. 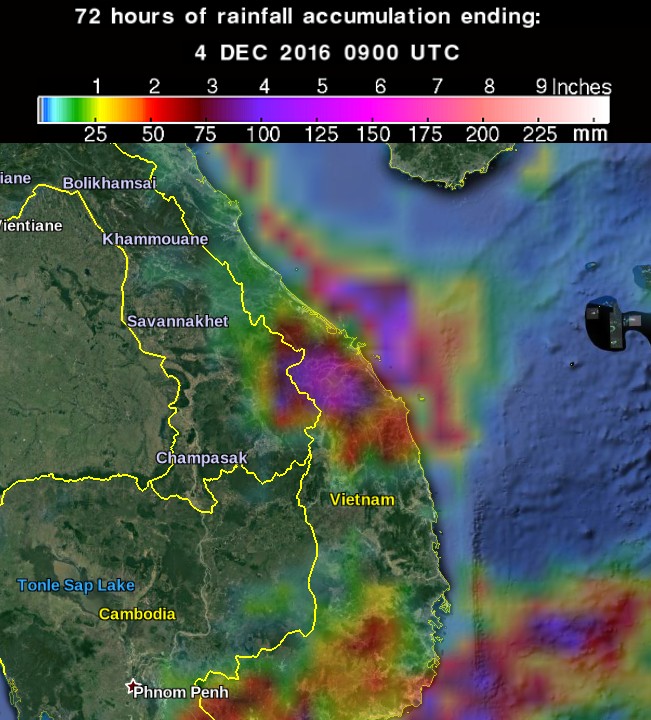 Since October 2016, 65 people have been killed in Vietnam's central provinces, 200 000 homes have been submerged and numerous railways and roads damaged.