Earthquakes of this size are known to generate tsunamis dangerous to shorelines near the source, NWS NTWC said. 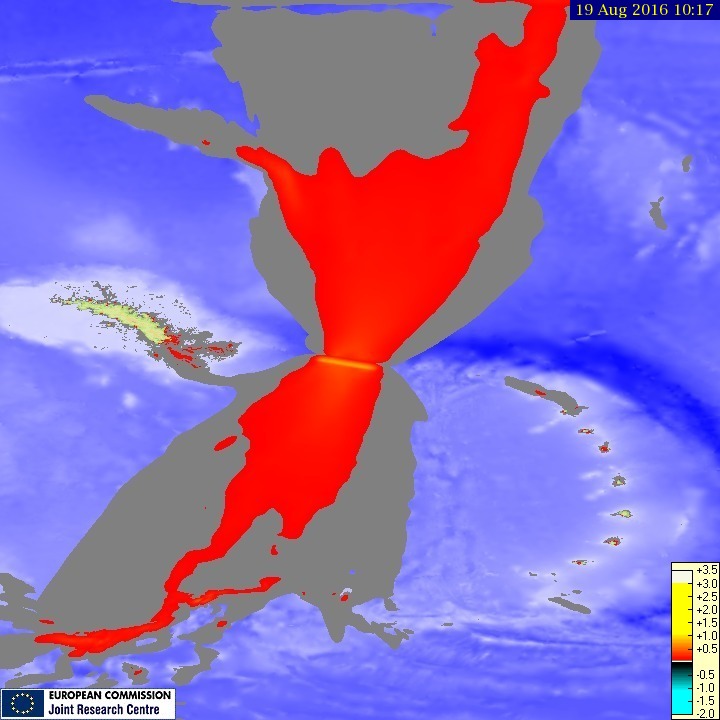 USGS issued a green alert for shaking-related fatalities and economic losses. There is a low likelihood of casualties and damage. There are likely to be no affected structures in this region. 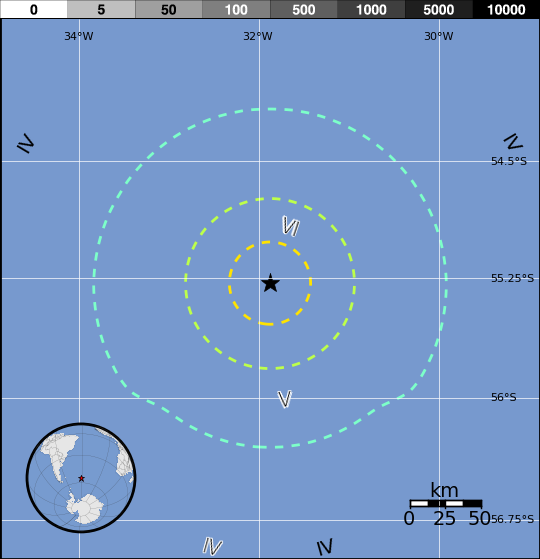 The quake occurred as the result of shallow thrust faulting near the plate boundary between the South America and Scotia plates, the USGS said.

At the location of this earthquake, the South America plate moves towards the west-southwest with respect to the Scotia plate at a rate of just 9 mm/yr. Rates of subduction along the South Sandwich Trench are in excess of 65 mm/yr, but slow in the region of the August 19th earthquake due to back-arc spreading along the East Scotia Ridge, just east of this event. The focal mechanism solution of this earthquake indicates southwest-oriented thrust faulting, consistent with occurring along the plate boundary interface between the South America and Scotia Sea (and South Sandwich micro-) plates.

While commonly plotted as points on maps, earthquakes of this size are more appropriately described as slip over a larger fault area. Thrust faulting events of the size of the August 19, 2016 earthquake are typically about 70×35 km in size (length x width).

Due to the remote location of these events far from population centers that might be vulnerable to earthquake shaking, none are known to have recorded casualties or damage. (USGS) 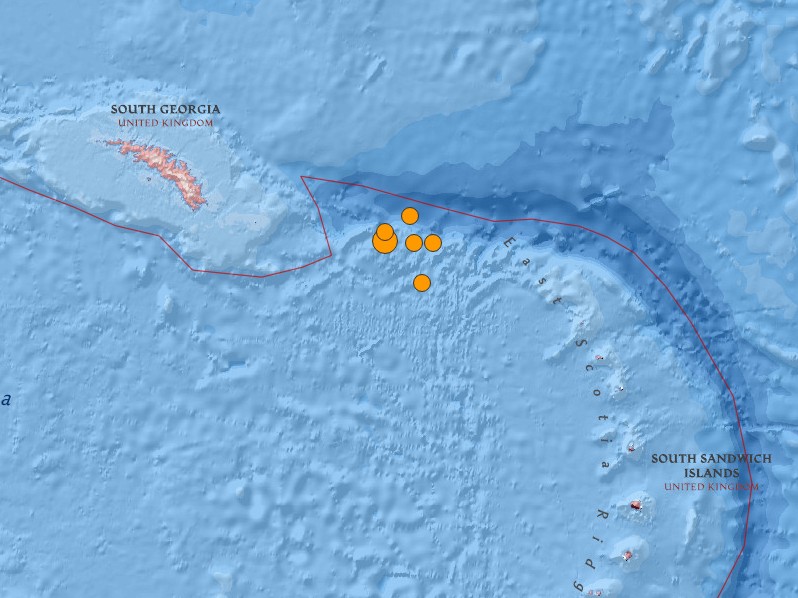