AVO said satellite observations and pilot reports indicate minor amounts of ash associated with the steam cloud at an altitude of less than 4.5 km (15 000 ft) above sea level.

Activity is currently at relatively low levels. However, an increase in eruptive activity is possible and could occur with little or no warning. 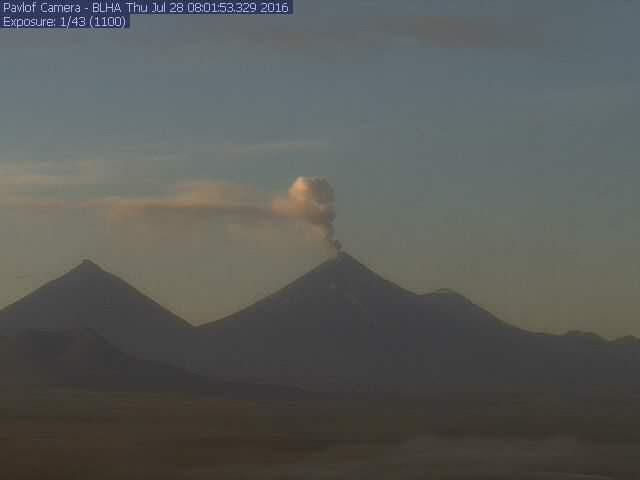 Meanwhile, unrest at Alaska's Cleveland volcano continues. Satellite and web camera observations are currently obscured by clouds, but no significant activity is being observed in seismic or infrasound (pressure sensor) data.

Other Alaska volcanoes show no signs of significant unrest.