The sixth tropical depression of the 2016 eastern Pacific hurricane season formed on Friday, July 15, 2016, about 595 km (370 miles) SSW of Manzanillo, Mexico with the estimated minimum central pressure of 1 007 hPa.

TD 06E intensified into the fifth tropical storm of the season around 03:00 UTC on July 16 and was named Estelle. At the time, it was about 600 km (370 miles) SW of Manzanillo. The system had maximum sustained winds of 65 km/h (40 mph) and was expected to become a hurricane by Sunday, July 17. 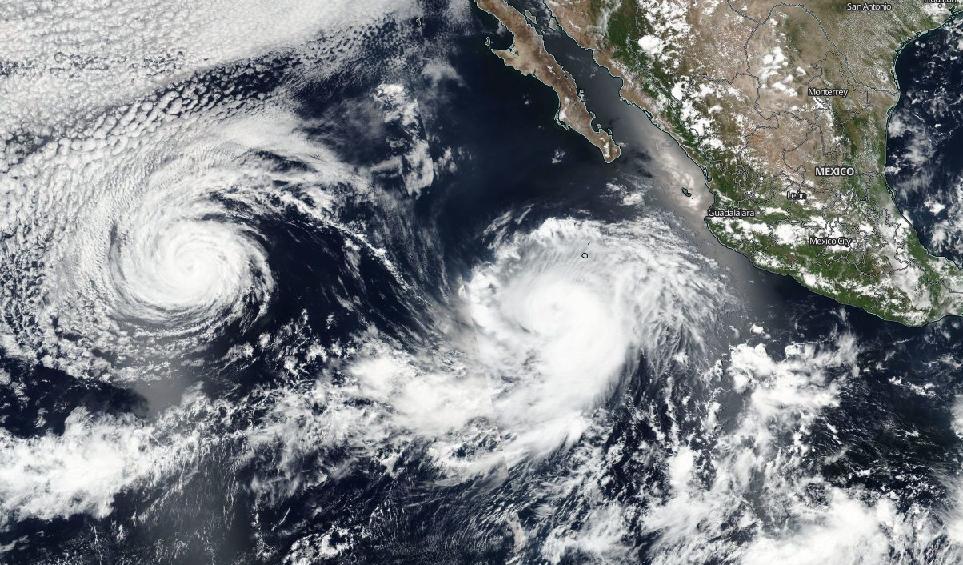 At 21:00 UTC on July 17, Estelle's center was located about 760 km (475 miles) SSW of the southern tip of Baja California, Mexico. It was moving toward the west-northwest near 13 km/h (8 mph), and this general motion was expected to continue for the next couple of days. Maximum sustained winds have increased to 110 km/h (70 mph). Tropical-storm-force winds extended outward up to 220 km (140 miles) from the center. Its estimated minimum central pressure was 991 hPa. 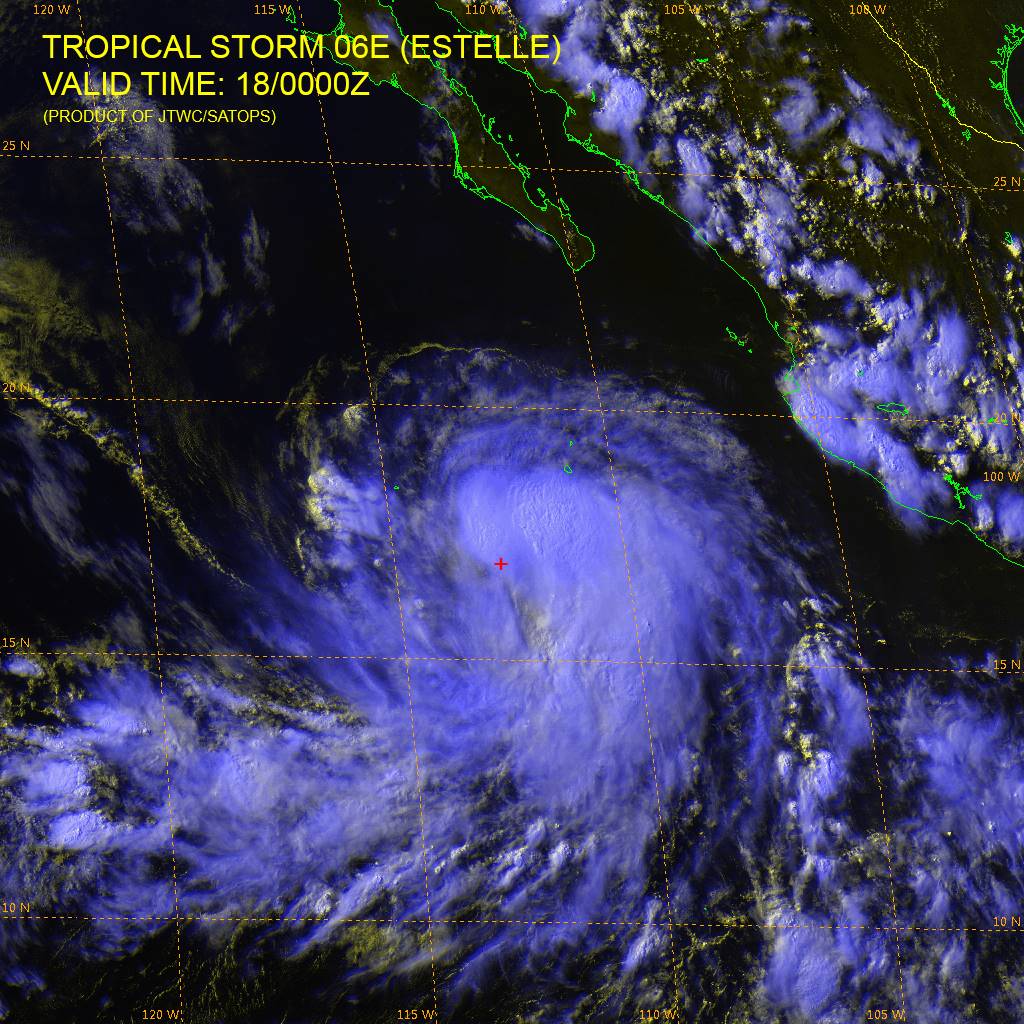 Strengthening is forecast during the next couple of days, and Estelle is expected to become a hurricane today.

NHC's forecaster Blake noted at the time that the eye feature seen on previous microwave imagery has disappeared and the tropical cyclone is displaying a more asymmetric pattern. "It seems like some northwesterly shear is preventing much intensification at this time," Blake added. "The shear, however, should abate during the next 24 hours, which would allow for gradual strengthening until the storm reaches cooler water in a couple of days. After that, a more steady weakening is likely, and Estelle should become post-tropical in about 5 days while it moves over 23 °C (73.4 °F) waters."

Estelle is expected to continue its WNW motion for the next couple of days, with perhaps a bend toward the west in 3 days due to the subtropical ridge to the north, temporarily strengthening.