A rare tropical disturbance (01S) for this time of year formed southwest of Diego Garcia in the southwest Indian Ocean on July 16, 2016. 01S strengthened into a Moderate Tropical Storm on Sunday, July 17 and was named Abela. Abela is southern hemisphere's first tropical cyclone of the 2016/17 season.

Abela formed as only the third occurrence of a tropical cyclone existing in the southwest Indian Ocean during the month of July. The others were Tropical Storm "Odette" in 1971 and Tropical Depression "M2" in 1997. 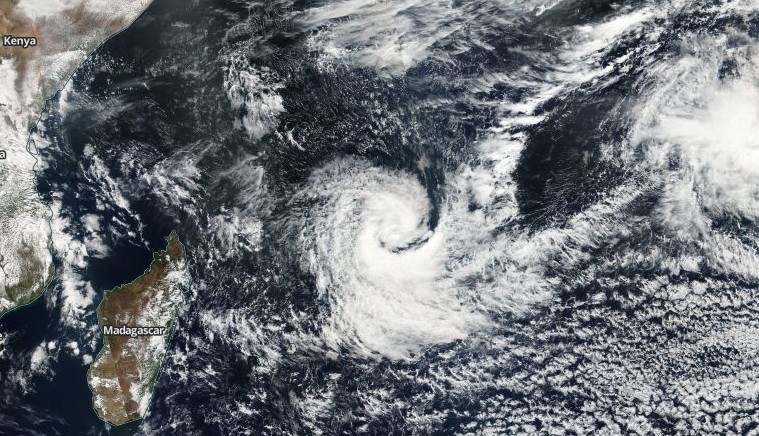 Although this system will weaken and stay away from any coastline, locally heavy rain is possible. 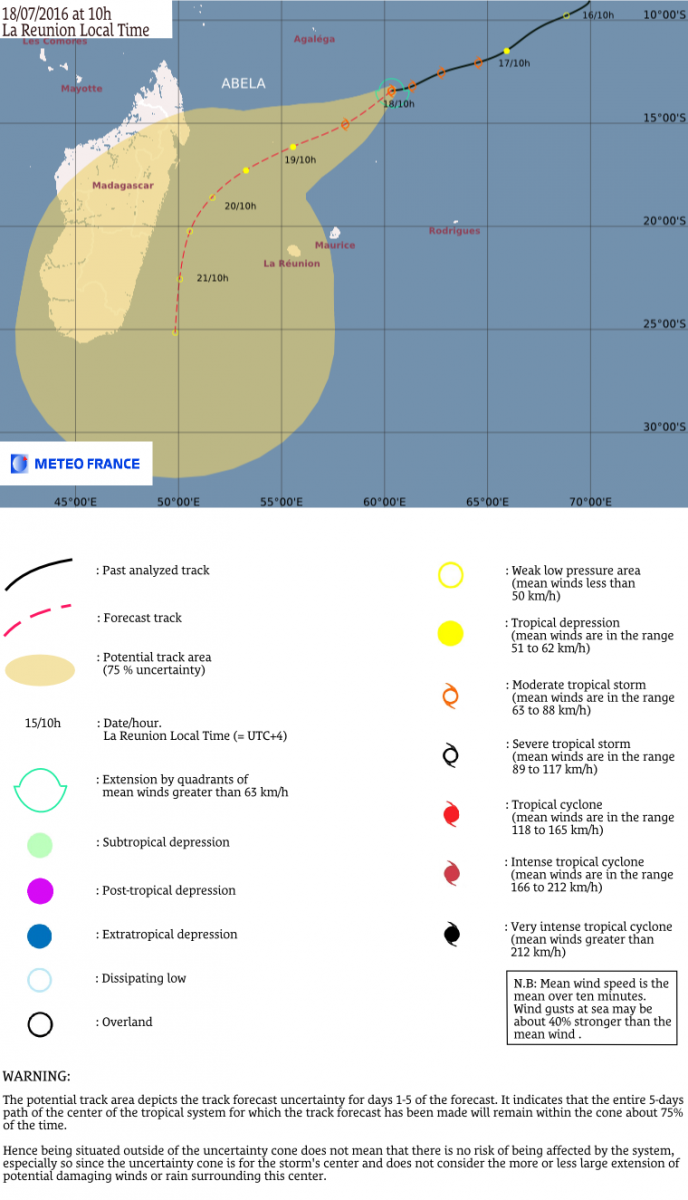 At 21:00 UTC on July 17, Abela's center was located about 1 031 km (640 miles) northeast of Port Louis, Mauritius. The system has tracked WSW at 28 km/h (17 mph) over the past six hours. Animated multispectral imagery depicts a symmetric system of weak banding and flaring central convection. The current intensity is assessed at 83 km/h (52 mph), the JTWC noted. 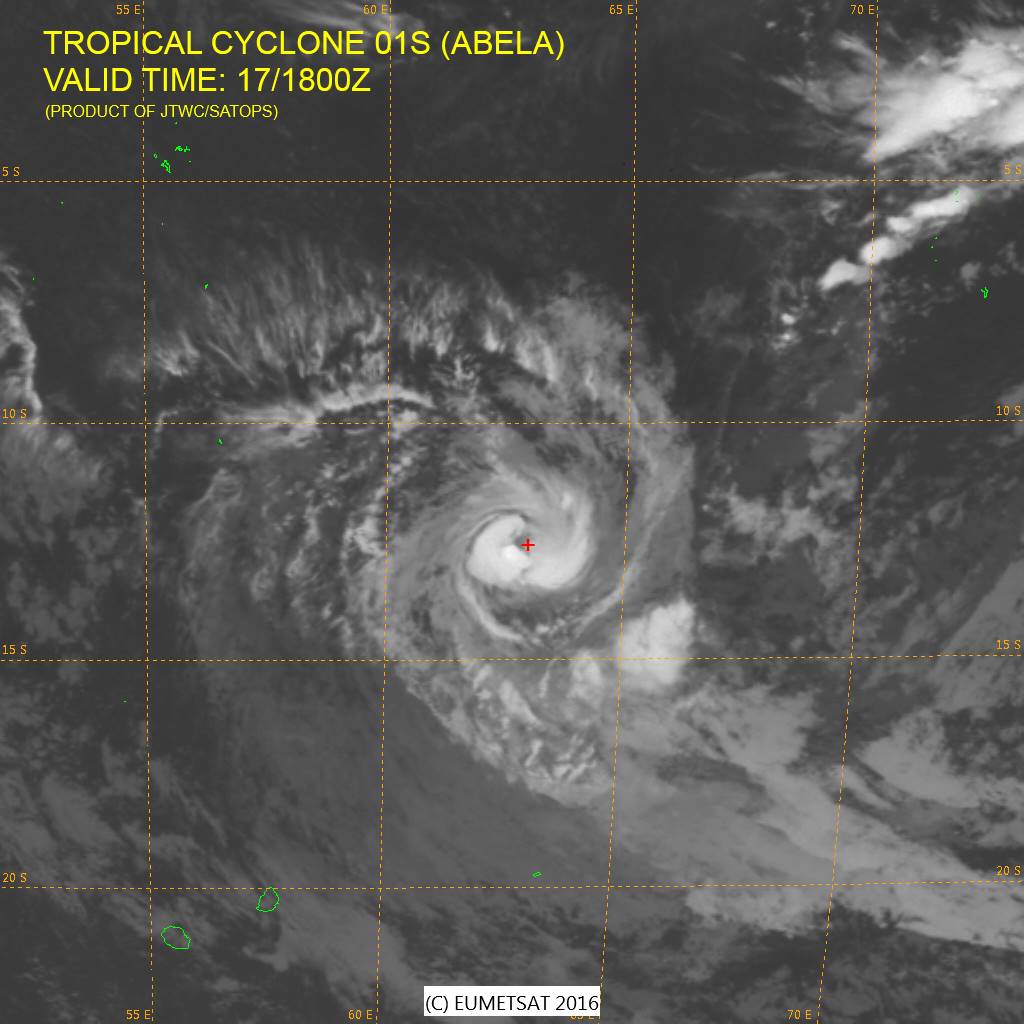 JTWC added the system is becoming increasingly isolated from the bulk moisture content in the region. Combined with sea surface temperatures near 25 °C (77 °F), this suggests further intensification is unlikely.

Abela is expected to dissipate within the next 48 hours as it tracks southwestward along the periphery of a mid to low-level subtropical ridge into cooler waters and higher wind shear due to interaction with the subtropical westerly jet. 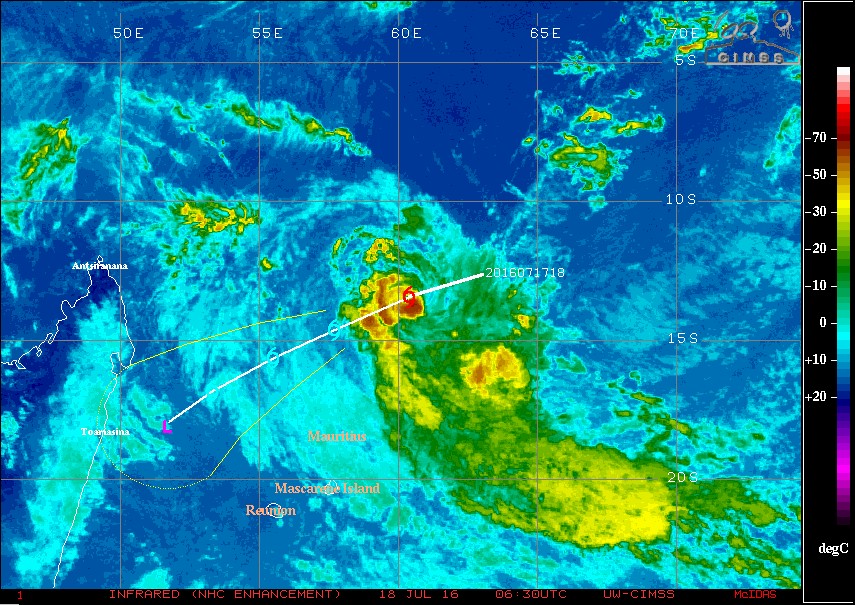