At 15:00 UTC on July 8, the center of Tropical Storm "Celia" was located about 1 185 km (735 miles) south-southwest of the southern tip of Baja California, Mexico. It was moving toward the west near 15 km/h (9 mph) and the National Hurricane Center (NHC) said that this motion is expected to continue with some increase in forward speed during the next couple of days. Maximum sustained winds have increased to near 75 km/h (45 mph) with higher gusts. The estimated minimum central pressure at the time was 1 003 hPa. 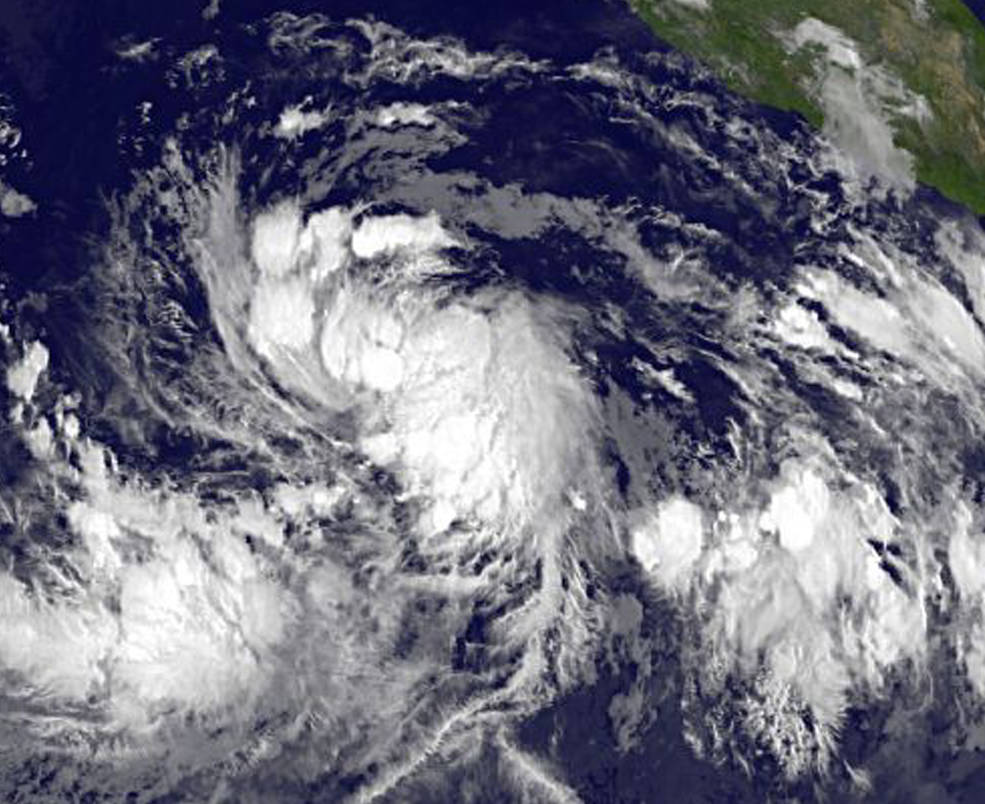 Celia strengthened into a hurricane over the weekend of July 9 and 10. On July 11, NHC said that after developing what had been a decent looking eye with a diameter of about 37 km (23 miles), dry air has once again penetrated into the inner-core region and has eroded most of the eyewall convection.

At 15:00 UTC on July 11, its center was located about 1 850 km (1 150 miles) WSW of the southern tip of Baja California. Celia was moving toward the west near 20 km/h (13 mph).  A turn toward the west-northwest with a slight decrease in forward speed was expected into Tuesday, July 12. Maximum sustained winds have increased to near 150 km/h (90 mph) and some additional strengthening is expected. The estimated minimum central pressure at the time was 977 hPa. 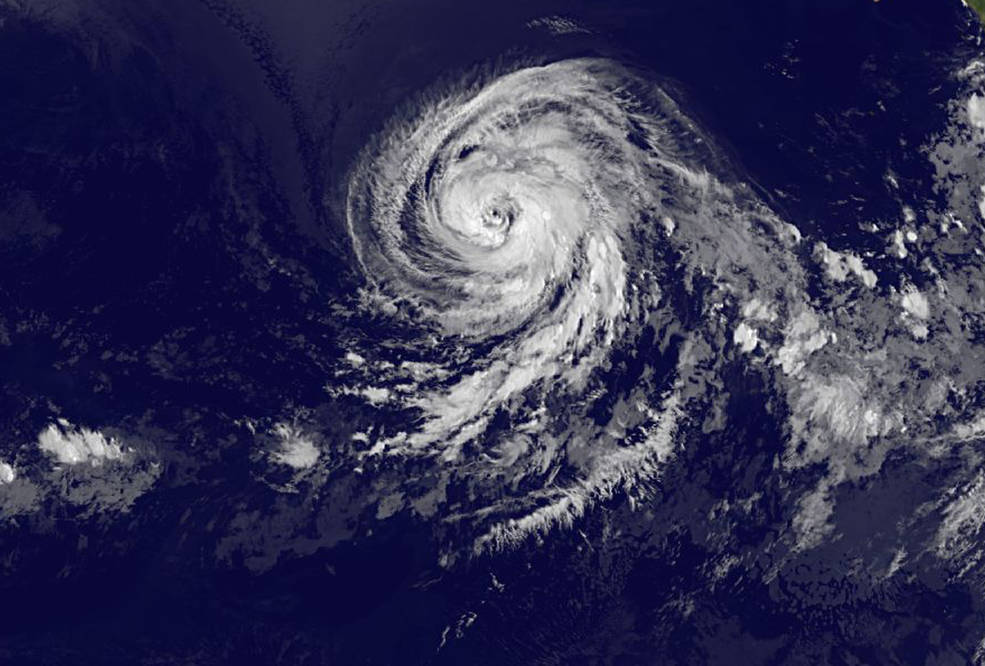 A turn toward the northwest is expected later today. Weakening is forecast during the next 48 hours, and Celia could weaken to a tropical storm on Wednesday, July 13. 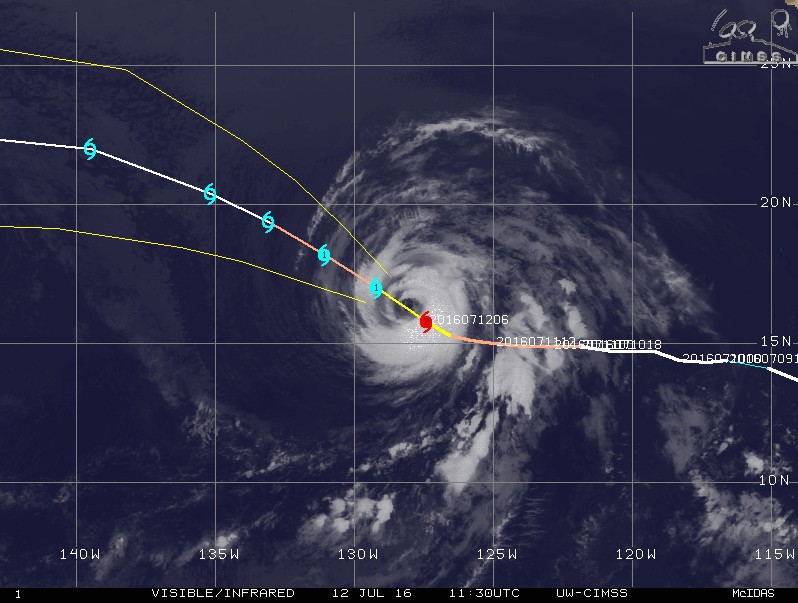 There are no coastal warnings or watches in effect.