South American countries of Paraguay, Uruguay, Argentina, Chile, and southern Brazil are experiencing an unusually cold weather for this time of year. Cold blasts, caused by cold winds from the Antarctica (Friagens), are not unusual across South America in the winter, but this particular cold spell is very rare due to its longevity and because it hit so early in the season.

The temperatures in Paraguay started plummeting as early as May 15. Frost was seen in parts of the country on Saturday night, June 11, and temperatures have dropped since then. According to media reports, the temperature in the capital Asunción dropped to 2 °C (35.6 °F) on Sunday, June 12, which is much lower than June average of 12 °C (53.6 °F). The eastern town of Mayor Julio D Otano registered 0 °C (32 °F). Two indigenous children were rescued in Villarrica, after found sleeping on the floor in front of the National Library, wrapped only in two blankets. The National Emergency Secretariat has opened a shelter in Asunción, on the corner of Sebastián Gaboto and Juan E. O'Leary. The shelter will be open 24 hours if the temperature is 12 °C (53.6 °F) or less, but Rodrigo Gavilán, the coordinator of the shelter, said he fears many homeless will be too embarrassed to get in. "This is dangerous to life at the present temperatures," he warned.

A number of cities in Uruguay suffered their coldest May since 1980, including the northern town of Rivera. At least three people died in fire-related incidents caused by heating devices. 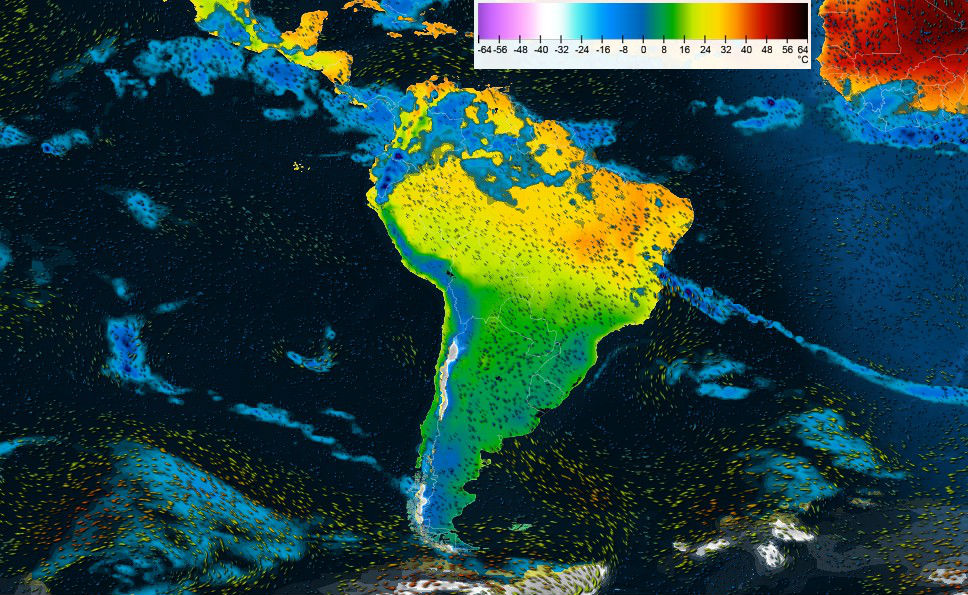 Weather forecasts for the southern Brazilian State of Santa Catarina warned this week that the region might have a lot of ice over the next six days, with temperatures dropping below zero degrees Celsius. In Upurema, also in Santa Catarina, the thermal sensation was -18 °C (-0.4 °F) this week. São Paulo has also registered its coldest day of the year: 3 °C (37 °F), Plus55 reported on June 9.

The last blizzard in Santa Catarina occurred in 1996 when a seven-hour storm left the area of São Joaquim covered in 21 cm (8.2 inches) of snow. In 2013, a Friagen brought the rare sight of snow to the city of Curitiba, the capital of the Parana state, also in southern Brazil. This was the first time it had snowed there in 38 years.