A rare earthquake was registered about 45 km (28 miles) off the coast of the Gulf of Bothnia, northern Sweden late Saturday, March 19, 2016. Swedish national seismic network (SNSN) recorded it as a shallow M3.9 earthquake at 21:55 UTC.

"This area of the Gulf of Bothnia has a relatively high seismic activity but has not experienced a quake of this size in the last 100 years," SNSN said. In June 2010, this region was hit by an M3.6 earthquake, with the epicenter near Bureå, south of Skelleft, the agency added. 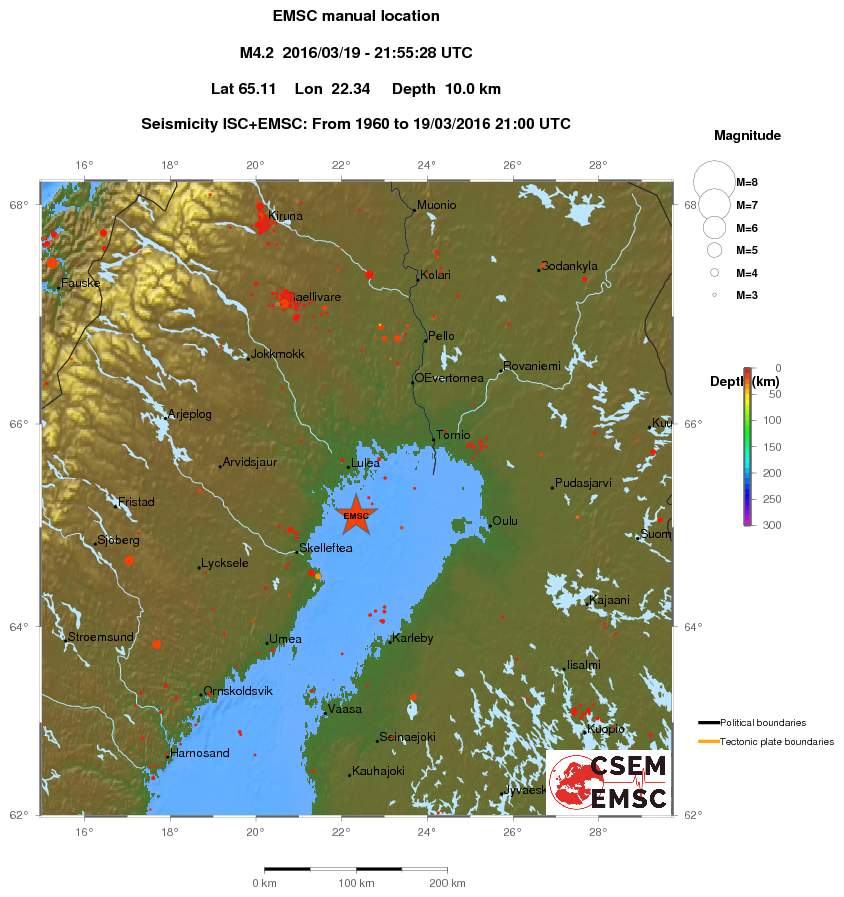 There were no injuries and only minor damage to property has been reported, according to northern Swedish regional newspapers.

Paul Connolly, The Local's northern Sweden correspondent, who lives in the affected area, said that his whole house shook but he thought it was their old washing machine going a bit mad in the basement. "However, I know people who were out at the time and they said the ground vibrated beneath their feet for up to 30 seconds. That would have terrified me."

EMSC received about 750 testimonies following the quake. One of the testimonies from Piteå (46 km / 28.5 miles NW from the epicenter) said it sounded and felt almost like a helicopter was flying too close to the house. "[I] live on the 7th floor and the house shook and vibrated pretty good." Another northern Swede from Piteå told the EMSC that the whole house trembled and was shaking for a good 30 seconds. "It was a dark, rumbling noise. After that, it slowly wore off. I have felt earthquakes before, but never this heavy and long. Scared the crap out of both me and the cat!" 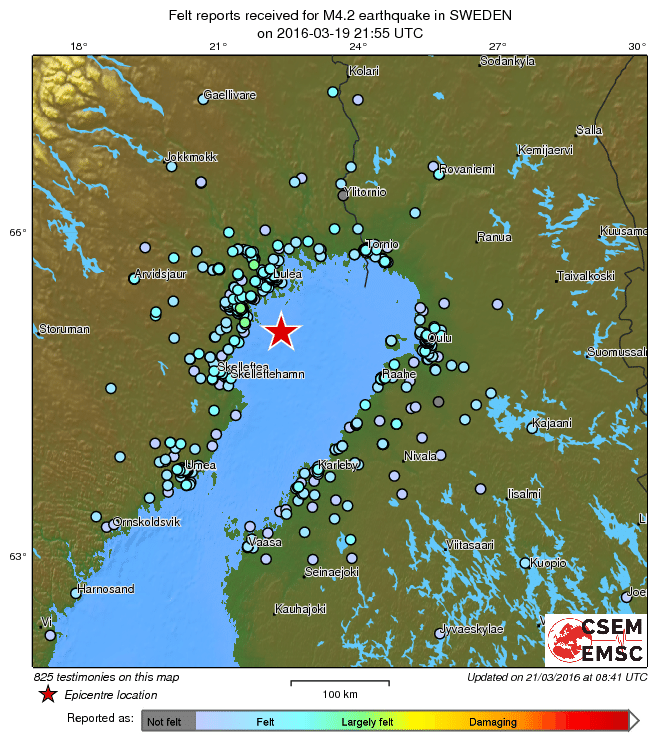 Earthquakes that are powerful enough to be felt are a rare occurrence in Sweden. The country sees around three earthquakes measuring around 3.0 in magnitude scale every year and most of them go unnoticed, The Local reported.

The paper added that in September 2014, parts of central Sweden were hit by a quake measuring 4.1 on the Richter scale. Seismologists said they believed it was the strongest the country had seen in a century, since 1904 when M5.5 shook the area by the western Koster islands.