A very large fireball was observed over London, UK at 03:16 UTC on March 17, 2016. The event was first observed by UKMON's Church Crookham station, northeast Hampshire, England.

According to the United Kingdom Meteor Observation Network (UKMON), the fireball momentarily overloaded the camera with light.

"With the second video we will be able to triangulate and calculate the orbit," he added.

According to reports submitted to the UKMON/International Meteor Organization, the event was primarily seen from England, but witnesses from France and the Netherlands also reported the event. There was no sound associated, but fragmentation was observed by at least one person. 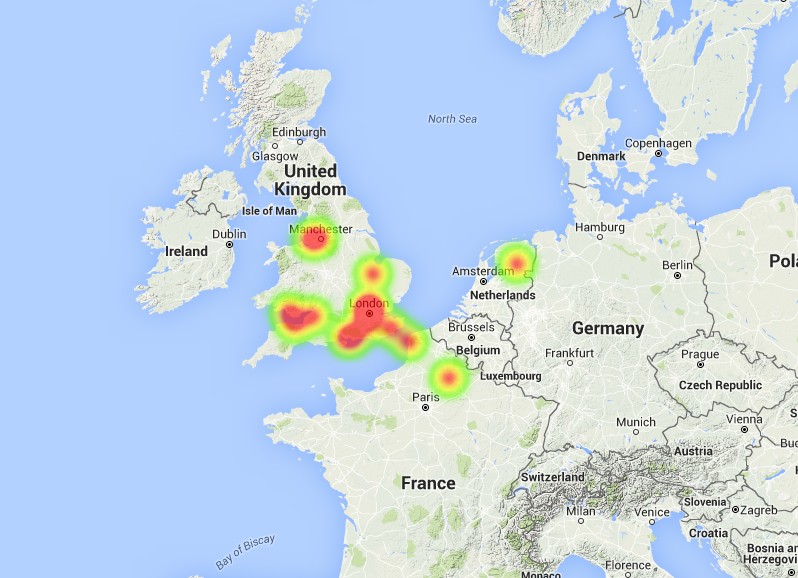 Fireball reports submitted to the Armagh Observatory mention bright blue/pale green fireball moving left to right, visible for approximately 3 to 6 seconds and apparently in the process of breaking up.

Kacerek told the BBC it was the biggest sighting they have recorded. "It lasted for a few seconds. It was seen for hundreds of miles. We have received a number of emails."

If you witnessed this event, please fill an official fireball report.

Few weeks around the March equinox is a time of the year when bright meteors appear in greater number than usual, by as much as 30%.

"This could be," Robert Lunsford of the American Meteor Society explained, "due to the fact the Antapex radiant lies highest above the horizon this time of year during the evening hours."

Antiapex, or antapex, meteors are produced by material orbiting the Sun in a retrograde direction that encounter Earth on the inbound or preperihelion portion of its orbit. These meteors are most likely produced by the long-period comets. This is not a true shower but an artificial radiant created by Earth's motion through space. Studies have shown that during the period from mid-February through mid-April, when the antapex radiant lies highest in the sky, fireball rates peak as seen from the northern hemisphere.1