The cause is most likely a Coronal Mass Ejection (CME) from March 6. Interplanetary magnetic field (IMF) total field (Bt) valuese steadly increased from 4 to 26 nT after 04:00 UTC. 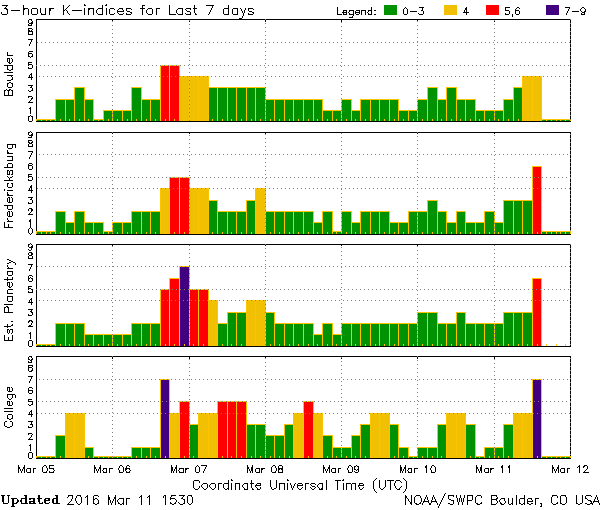 Due to continued CME effects, solar wind parameters are expected to remain enhaced on March 11 and 12 and then followed by the onset of a positive polarity coronal hole high speed stream (CH HSS).

Meanwhile, solar activity is very low and only background flaring is being observed.