New research conducted in collaboration between the scientists from the National Oceanography Center (NOC) in the UK and the University of Michigan and Jet Propulsion Laboratory, US, has utilized the GPS signal, commonly used for 'sat-navs' to map the sea level from space for the first time. The study holds a great potential for the future use of GPS signals to improve our understanding of ocean currents.

Measurements of the ocean surface height are routinely made from space by radar altimeters, and this study was the first to use the GPS reflections for the purpose. Data for the research has been gathered from the TechDemoSat-1 satellite, launched in 2014 by Surrey Satellite Technology Ltd. 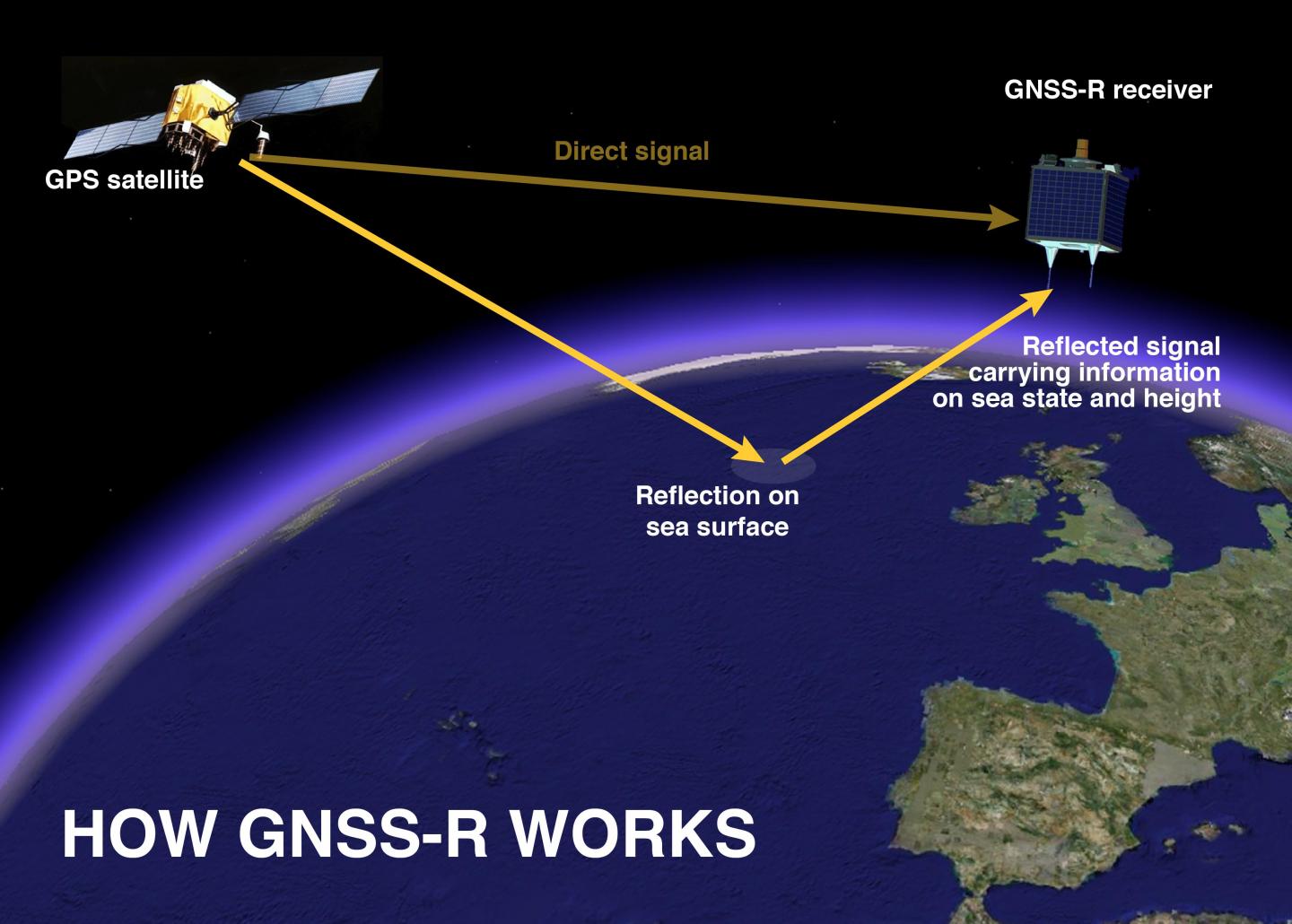 “The sea surface is not flat at all, especially when looked at over long distances. The largest ‘bulges’ are due to variations in the Earth’s gravity field. On top of those there are smaller, shorter variations due to sea surface currents. We are really encouraged by our results since it demonstrates for the first time that we are able to map the overall sea surface height from space using the GPS-reflections technique. This leads us to think that in the near future we should be able to map currents from space by detecting even smaller variations in sea surface height," said Dr Paolo Cipollini from NOC, the co-author of the research.

GNSS-Reflectometry (GNSS-R) is the general term, used to describe reflectometry using navigation signals, including GPS and its European equivalent, Galileo. The advantage of GNSS-R lies in its usage of the GNSS transmitters that are already in orbit, and the lightweight, low-power receivers which can be launched into space relatively cost-effectively.

Existing satellite altimeters are very accurate, however, their number is too small to sample the ocean well at scales below 100 km (62.1 miles). A constellation of GNSS-Reflectometry receivers would provide a thirty-fold improvement on the amount of data that could potentially be gathered. Such a constellation will be launched in late 2016, as a part of the NASA's CYGNSS mission.

"The UK has been a pioneer in using GNSS reflectometry to measure ocean features, and the NOC has led the field in analysing the data. Until recently we could only measure wind speed from satellite GNSS-R data, so this new ability to also observe sea-surface height is a real breakthrough – provided we can retrieve accurate heights. Our paper is a first step in that direction," stated Dr. Maria Paola Clarizia, a visiting scientist at NOC from University of Michigan, and the lead author of the paper.