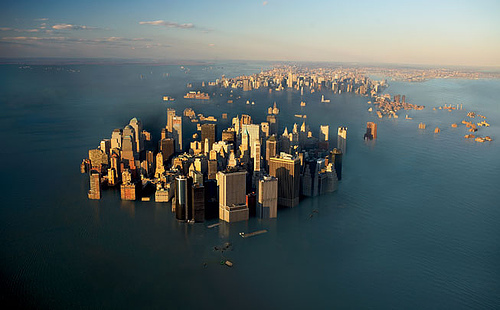 New York is a major loser and Reykjavik a winner from new forecasts of sea level rise in different regions.

The Intergovernmental Panel on Climate Change (IPCC) said in 2007 that sea levels would rise at least 28cm (1ft) by the year 2100. But this is a global average; and now a Dutch team has made what appears to be the first attempt to model all the factors leading to regional variations. Other researchers say the IPCC’s figure is likely to be a huge under-estimate. Whatever the global figure turns out to be, there will be regional differences.

Ocean currents and differences in the temperature and salinity of seawater are among the factors that mean sea level currently varies by up a metre across the oceans – this does not include short-term changes due to tides or winds. So if currents change with global warming, which is expected – and if regions such as the Arctic Ocean become less saline as ice sheets discharge their contents into the sea – the regional patterns of peaks and troughs will also change.

“Everybody will still have the impact, and in many places they will get the average rise,” said Roderik van der Wal from the University of Utrecht, one of the team presenting their regional projections at the European Geosciences Union (EGU) meeting in Vienna. “But places like New York are going to have a larger contribution than the average – 20% more in this case – and Reykjavik will be better off.“

Of the 13 regions where the team makes specific projections, New York sees the biggest increase from the global average, although Vancouver, Tasmania and The Maldives are also forecast to see above-average impacts.

One peculiarity of the projections is that areas closer to melting ice sheets will experience a smaller sea level rise than those further away. This is because ice sheets such as those on Greenland or Antarctica gravitationally attract the water. This pulls the water towards the coast, effectively making it pile up to an extent that can be measured in centimetres. If the ice begins to melt, it raises the average sea level simply by entering the sea; but the gravitational pull is now smaller, so locally the sea level may go down.

Consequences of Climate Change on the Oceans

The effects are particularly pronounced for Reykjavik, the closest capital to Greenland, which is projected to receive less than half the global average sea level rise. 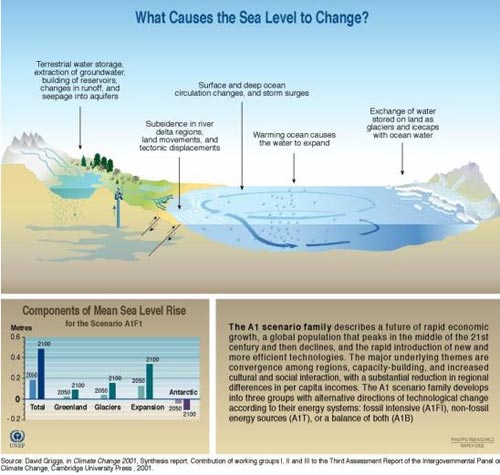 “In some places such as a lot of the Scandinavian coastline, the land is rising so fast that they will not have any problem with sea level rise in the near future, whereas in other places the land is subsiding – that includes some of the world’s big delta cities.”

Just before the last IPCC report came out in 2007, Professor Rahmstorf published research showing that sea levels had been rising faster that climate models predicted. Since then, he and others, using various techniques, have concluded that somewhere between half a metre and two metres is likely by the end of the century. He came to the EGU with a further analysis putting the likely range at 0.75-1.9m – the range reflecting uncertainties in how ice sheets may melt, and in how society may or may not respond to the findings of climate scientists by controlling greenhouse gas emissions. (BBC) 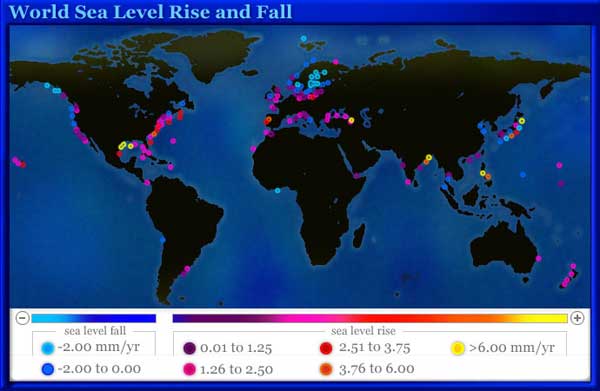 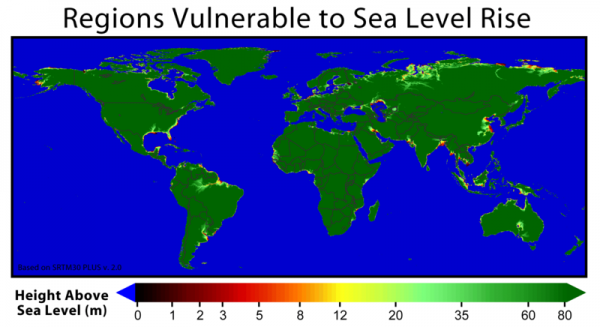