An international team of researchers led by paleontologists from the Carnegie Museum of Natural History, the University of Texas at Austin, Ohio University and the American Museum of Natural History are set to travel to Antarctica in search for evidence that some important types of species living on our planet today had originated from the continent.

Antarctica, today a distant frozen continent, used to be a warm environment abundant with plants and inhabited by diverse living creatures, ruled by dinosaurs. Because fossils carrying those trails of prehistoric life are today buried under an extensive ice coverage, the role of Antarctica continent in the evolution of vertebrates (backbone animals) has to this day remained one of the greatest unknowns in the history of life.

The planned expedition will begin on February 2, 2016, and last for one month. The team will study the James Ross Island and other nearby islands off the tip of the Antarctic Peninsula which is now one of the few places where fossil-bearing rocks can still be accessed. 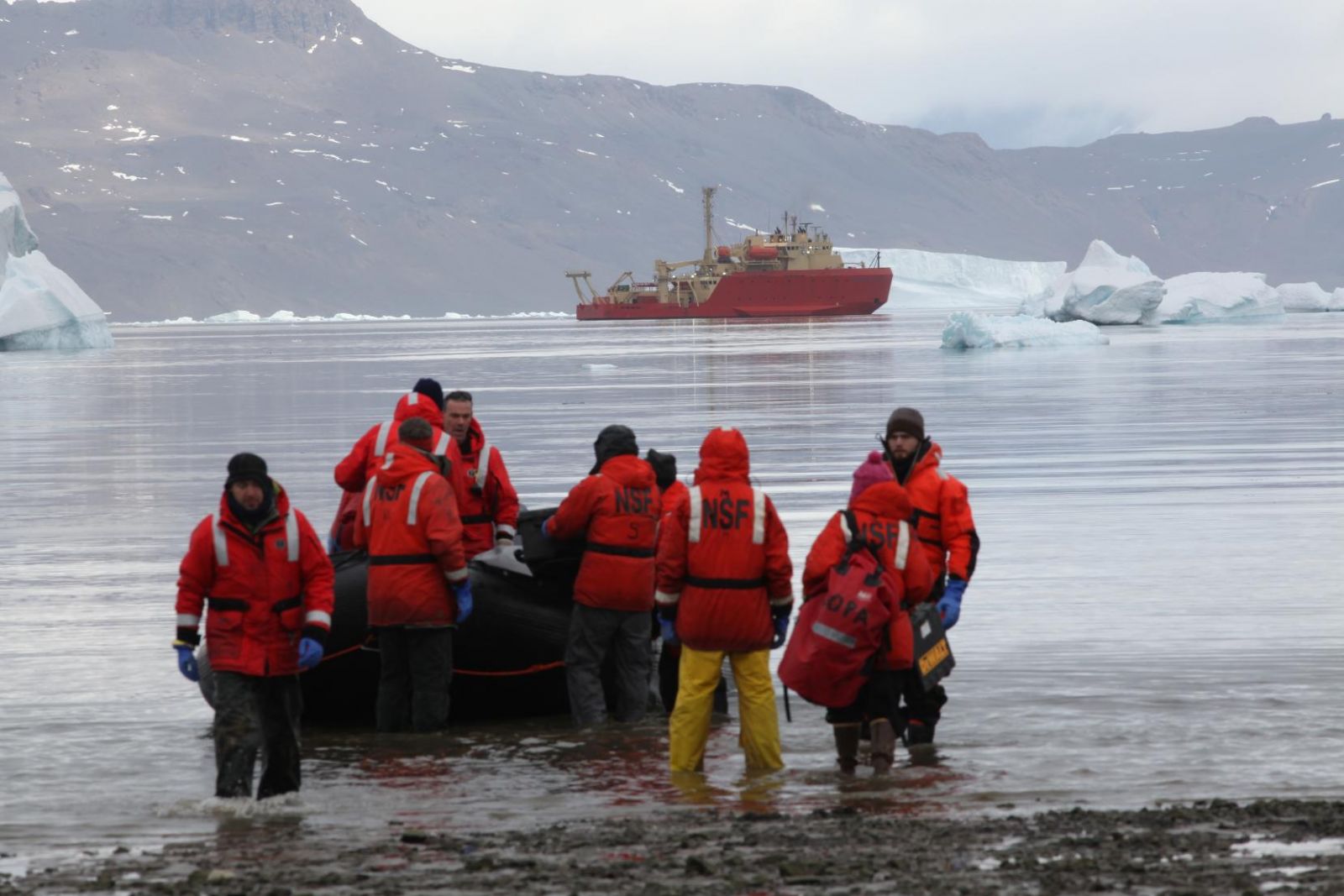 Researchers disembark on Antarctica during an expedition in 2011. Image credit: AP3

"Ninety-nine percent of Antarctica is covered with permanent ice. We’re looking for fossils of backboned animals that were living in Antarctica at the very end of the Age of Dinosaurs, so we can learn more about how the devastating extinction that happened right afterward might have affected polar ecosystems," said Matthew Lamanna, paleontologist and assistant curator at the Carnegie Museum.

The team will look for fossils dating back to about 100 million to 40 million years ago in the period from the Cretaceous through Paleogene. The period includes the end of the Age of Dinosaurs and the beginning of the Age of Mammals. The scientists are hoping to address the question whether Antarctica had played a critical part in the origin of certain types of modern birds and mammal groups, or was the evolution of species there similar to what occurred in other regions of our planet.

The expedition is part of the Antarctic Peninsula Paleontology Project (AP3), a research initiative funded by the National Science Foundation.

A previous expedition to the same area, carried out by researchers from Argentina, revealed a fossil of a new genus and a bird species that indicates Antarctica may have been especially important for bird evolution has been discovered.

The bird, closely related to modern ducks and geese is today the only known example of a bird belonging to a modern group that lived alongside nonavian dinosaurs. Prior to this discovery, it was thought that majority of the modern bird groups evolved after nonavian dinosaurs were extinct. 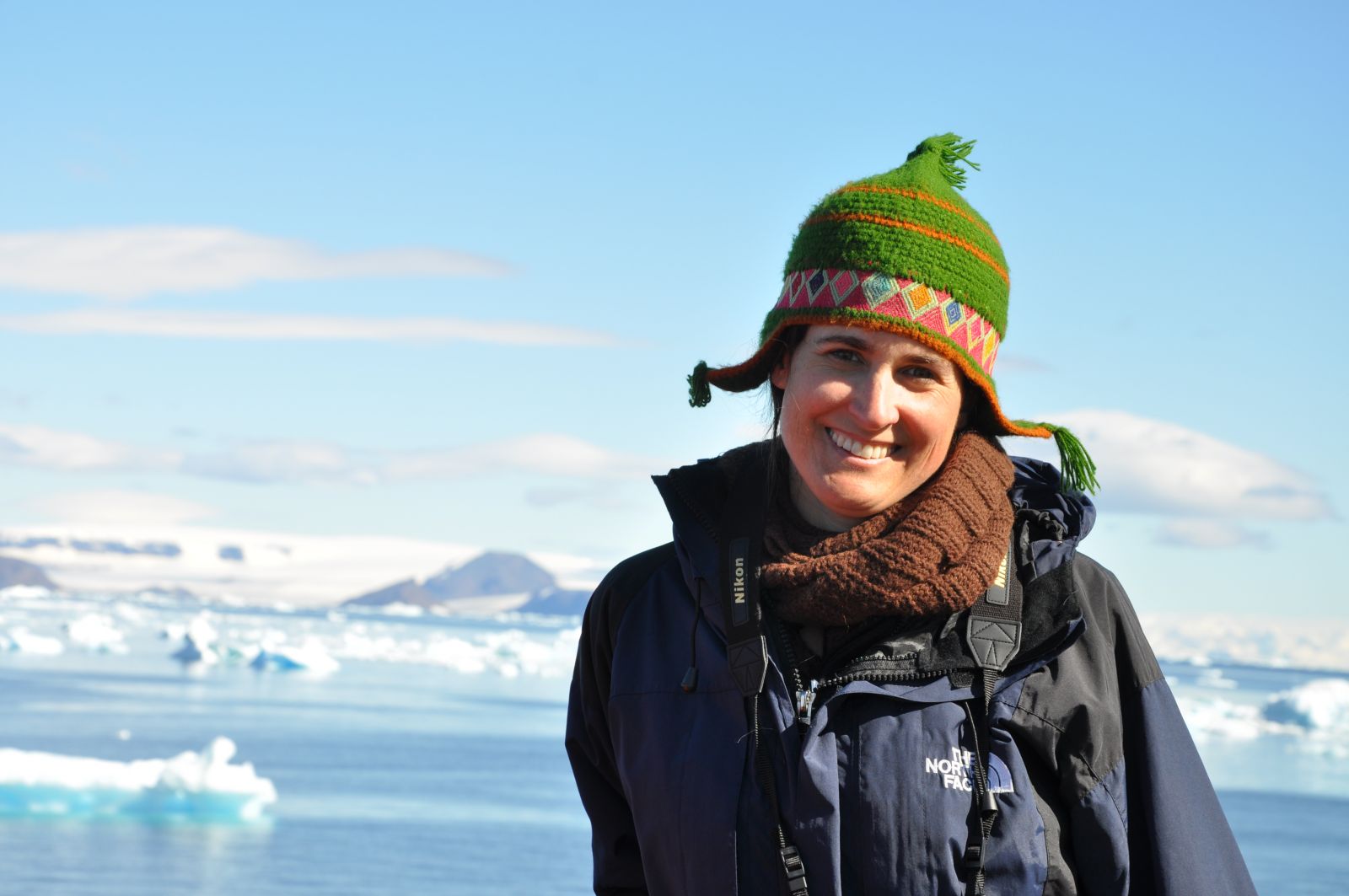 Julia Clarke, a paleontologist with The University of Texas at Austin Jackson School of Geosciences, is one of the principal investigators for the international research mission to Antarctica. Image credit: AP3

"It’s impossible not to be excited to reach remote sites via helicopter and icebreaker to look for dinosaurs and other life forms from over 66 million years ago. The Earth has undergone remarkable changes, but through all of them, life and climate and geologic processes have been linked. A single new discovery from this time period in the high southern latitudes can change what we know in transformative ways," said Julia Clarke, a professor and paleontologist at the UT Austin Jackson School of Geosciences.

"What I hope to achieve this time is to discover the first evidence of mammals in the Cretaceous of Antarctica, species that lived at the end of the Age of Dinosaurs. If we can find them, they will have a lot to tell us about whether any evolutionary diversifications took place in Antarctica, and whether this was followed by species spreading from there to other portions of the ancient southern supercontinent Gondwana," said Ross MacPhee, a curator and professor at the American Museum of Natural History. 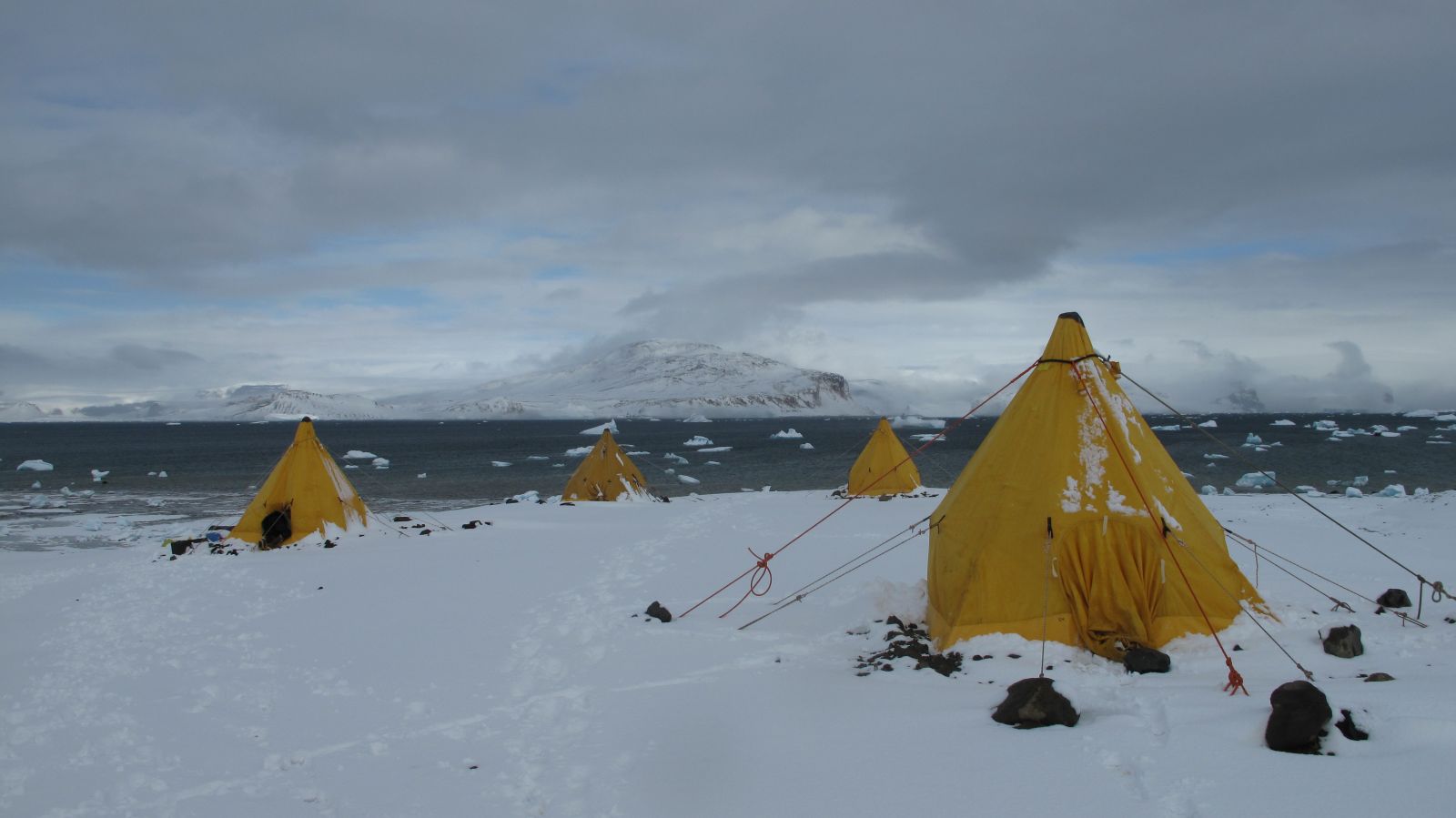 A team of geologists, responsible for surveying the fossil-bearing rocks to help decipher what the Antarctic environment looked like at the time, will also join the team. Eric Roberts, a geologist from James Cook University in Australia, discovered that the rocks on Vega Island may date to the period of the Cretaceous-Paleogene boundary, during the 2011 expedition. If that is indeed the case, it would be one of the few Antarctic examples of rocks laid down during the time of the asteroid impact that wiped out all nonavian dinosaurs 66 million years ago.

The scientists will approach the James Ross Islan onboard R/V Nathaniel B. Palmer, the US research vessel.

"This trip is very exciting, as we have assembled a fantastic team of scientists and students. Moreover, we have additional logistical support in the form of helicopters that can get us into places that have not been explored in the past. This exemplifies frontier paleontology," said Patrick O'Connor, a professor of anatomy and expert on birds and nonavian dinosaurs at the Ohio University Heritage College of Osteopathic Medicine.

Featured image: Researchers disembark on Antarctica during an expedition in 2011. Image credit: AP3