Strong thunderstorms battered southern California since January 5, 2016. Heavy rainfalls, thought to be fueled by the El Niño phenomena, inundated streets and caused streams to overflow, disrupting traffic across the affected areas. Another strong storm is on the way and expected to hit the area during Thursday, January 7.

The weather system accompanied with colder temperatures and strong winds has brought relief to the drought stricken grounds. However, it also caused widespread flooding and mudslides across the affected areas. 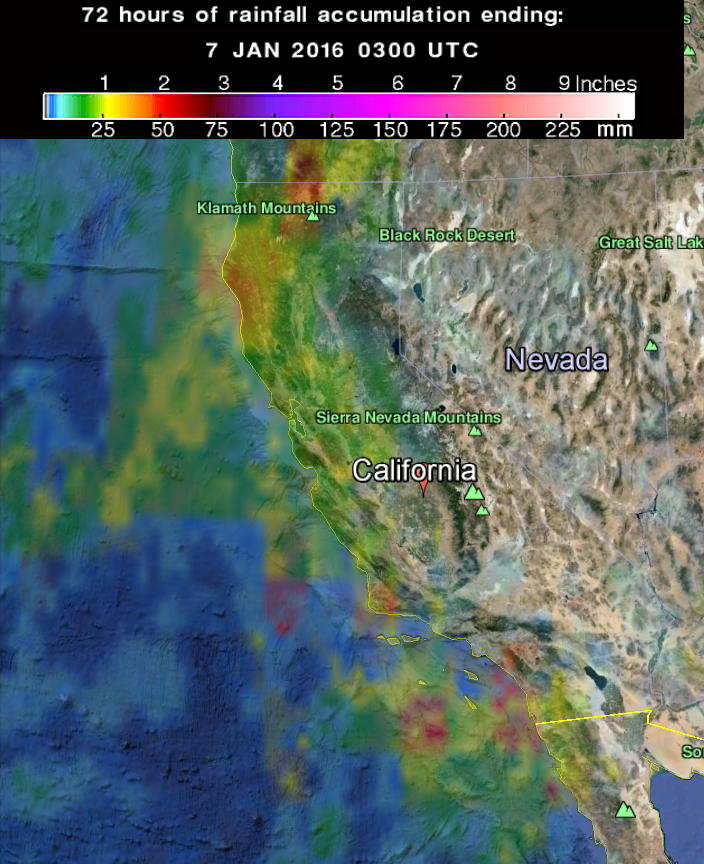 Almost 76.2 mm (3 inches) of rain fell in coastal and valley areas of southern California. Numeorus car crashes and knocked down trees were reported in the San Francisco Bay area as the city's cable cars were shut down.

Higher elevations received up to 101.6 mm (4 inches) of rainfall, according to Curt Kaplan, the National Weather Service (NWS) meteorologist.

Strong floods have been reported to drown cars across the San Fernardo Valley in Los Angeles County where a number of shelters have been set up for homeless people evacuated from low lying areas along the Los Angeles River and other waterways.

Blizzard conditions with wind gusts up to 96.5 km/h (60 mph)have been expected in the mountain areas, prompting warnings for motorists.

A record breaking daily rainfall amount of 36 mm (1.42 inches) was reported at Los Angeles International Airport on January 5. The recorded precipitation broke an old record dating back to 1979. Almost 25.4 mm (1 inch) of precipitation was measured on Camarillo's airport, breaking an old 1959 record for the area.

About 1 514 million liters (400 million gallons) of water has been captured in the basins of Los Angeles County, which is enough to supply 9 600 people or fill 606 Olympic sized swimming pools, according to the public works officials.

Find out if your California home is located in a flood zone. https://t.co/z3r0CJEPy7 #cawx

Snow conditions were reported in northern Arizona on January 6 and much more snow is expected over the next few days. Slippery conditions, rock slides and crashes caused closures of several large roads in the area.

The state of California suffered severe drought conditions over the last 4 years, and much more rainfall over the next few years will be necessary to compensate for the water loss, according to Mike Anderson, the climatologist from the state Department of Water Resources.