This region was also responsible for several C-class solar flares. It will rotate into Earth view and be named during the next couple of days.

A Type II radio sweep with estimated velocity of 732 km/s and associated CME, first visible in coronagraph imagery at 01:26 UTC, accompanied the M2.8 flare. However, the event is far-sided and well off the Sun-Earth line.

SWPC forecasters expect the solar activity to be at low levels with a chance for M-class flares (R1-R2/Minor-Moderate radio blackouts) by December 23. 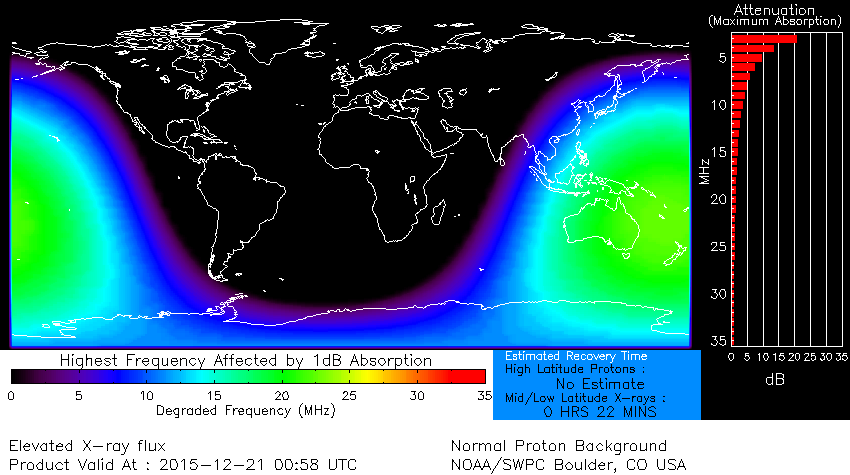 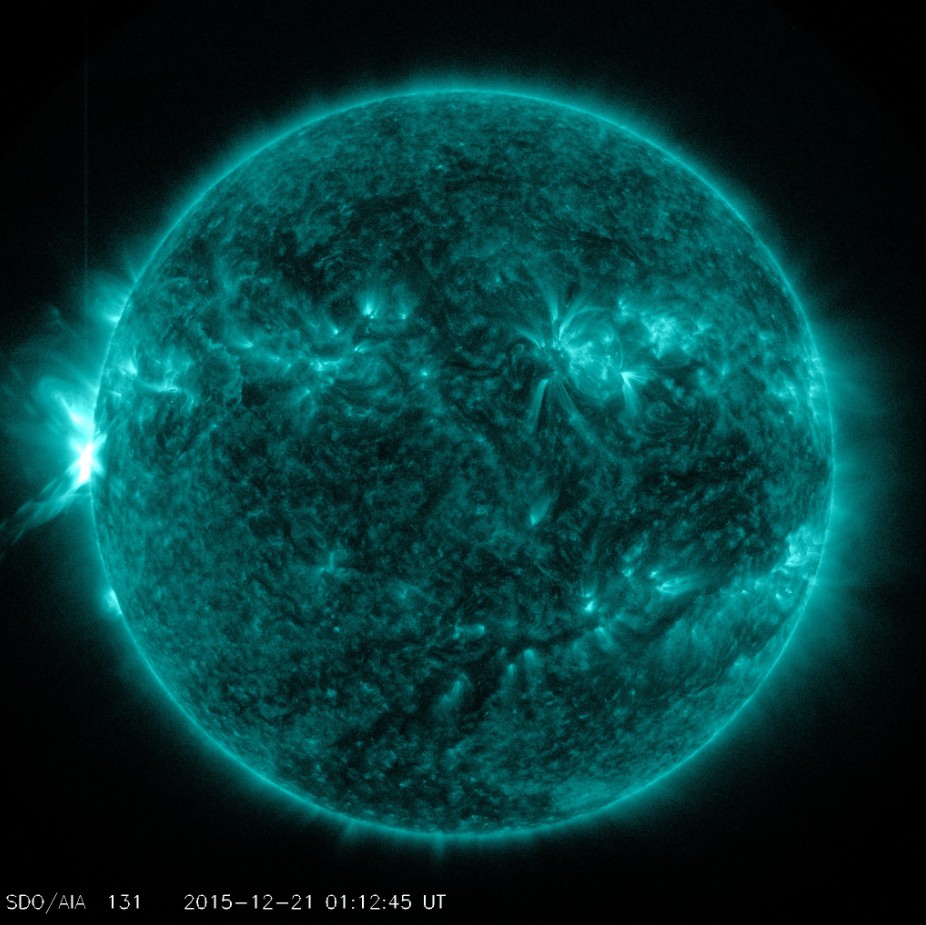 Meanwhile, the solar wind parameters, measured at the ACE satellite, reflected an enhanced solar wind environment as a result of the December 16 CME arrival late on December 19. Total field strength (Bt) remained elevated and ranged between 8-18 nT. The Bz component remained south and reached extended periods at deflections of -16 to -18 nT. After 10:30 UTC on December 21, Bz finally switched to a northward orientation.

Solar wind parameters are expected to slowly diminish by late on December 21 and continue to diminish on December 22 and 23 as CME effects wane. 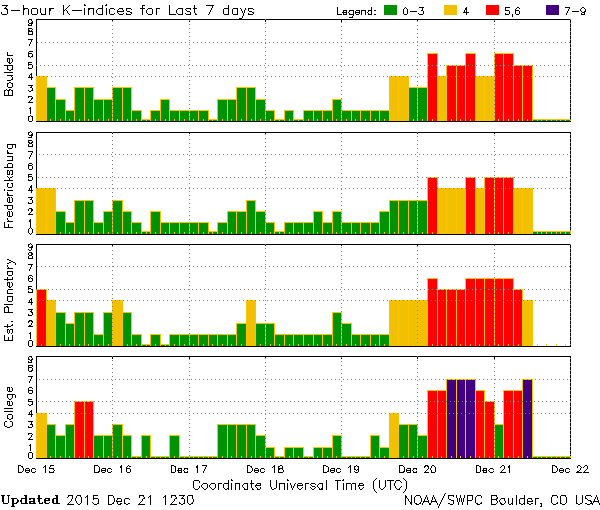