Severe rainstorms brought by a deep low over the Bay of Bengal that battered Tamil Nadu last week, have also been affecting Sri Lanka since November 15, 2015. Almost 20 000 people have been affected by flooding conditions while 2 600 were forced to leave their homes. Relief operations are ongoing across the affected areas. Death toll in Tamil Nadu has now increased to at least 59.

A strong low pressure area over the Bay of Bengal, responsible for flooding Tamil Nadu in India has been affecting Sri Lanka as well, bringing extreme weather conditions. Heavy rainfalls have triggered flooding across the country as of November 15. Northern parts have been hit the hardest, according to media reports. 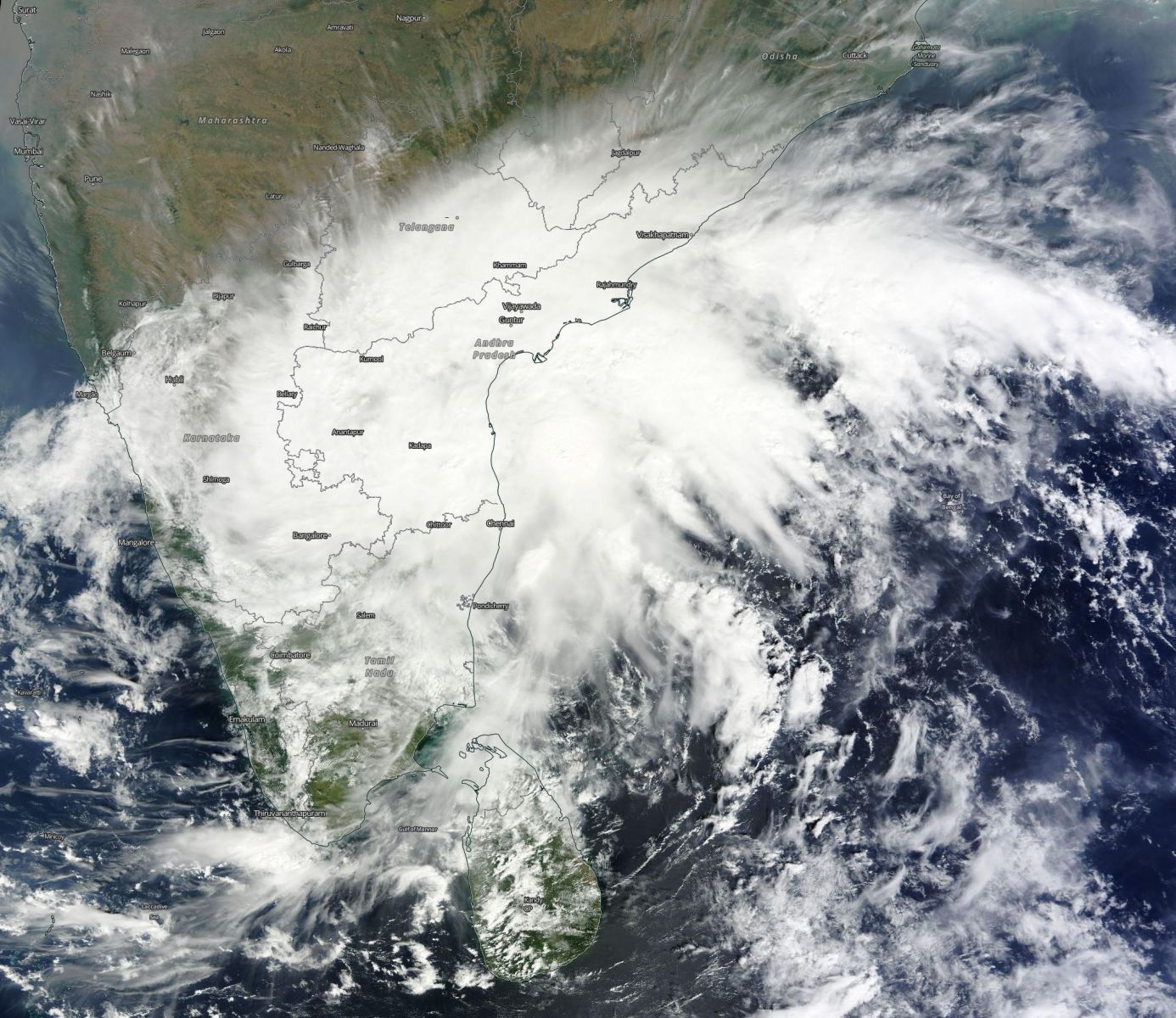 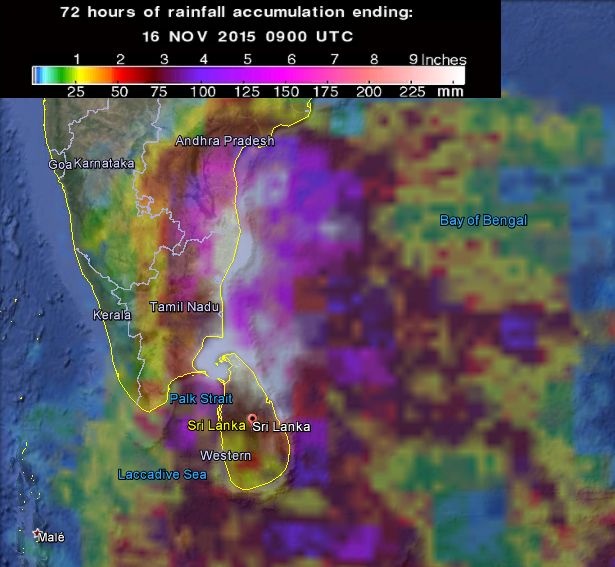 Sri Lanka's Disaster Management Center (DMC) has reported one person died so far in flood related incident, in Kilinochchi district, and 19 916 have been affected in total, across districits of Jaffna, Mullaitivu, Killinochchi, Trincomalee, Puttalam and Gampaha. 2 600 residents have been evacuated from their homes.

The Sri Lanka Red Cross Society (SLRCS) has been in charge of providing relief support to affected population across the country.

In Tamil Nadu, torrential downpours haven't ceased yet, as 184 mm (7.2 inches) of rainfall was recorded in Chennai in a 24 hour period between November 15 and 16. Death toll from the floods of last week had risen to 59, at least, although some media reports mention numbers above 70.

Additional rain of 150 mm (5.9 inches) has been forecast to affect Sri Lanka over the next 24 hours, according to Sri Lanka's Department of Meteorology while up to 244 mm (9.6 inches) of precipitation is still expected across Tamil Nadu and parts of Andhra Pradesh, according to Indian Meteorological Department (IMD).