Tropical Cyclone "Chapala" slammed central Yemen with hurricane force on November 3, 2015, making a record as the first hurricane to hit Yemen in the history of reliable measurements. The system brought heavy rainfalls and strong winds, causing floods and infrastructural damage across the affected areas. No victims have so far been reported in Yemen, however, Chapala already claimed one life and injured over 200 people as it raged over the Socotra island on November 2.

Tropical Cyclone "Chapala" made landfall southwest of Mukalla town, Yemen on November 3 at 03:00 UTC, as a very severe cyclonic storm, equivalent to a category 1 hurricane. The system thus became the first hurricane on record to hit Yemen and the second strongest cyclone reported in the Arabic Sea. 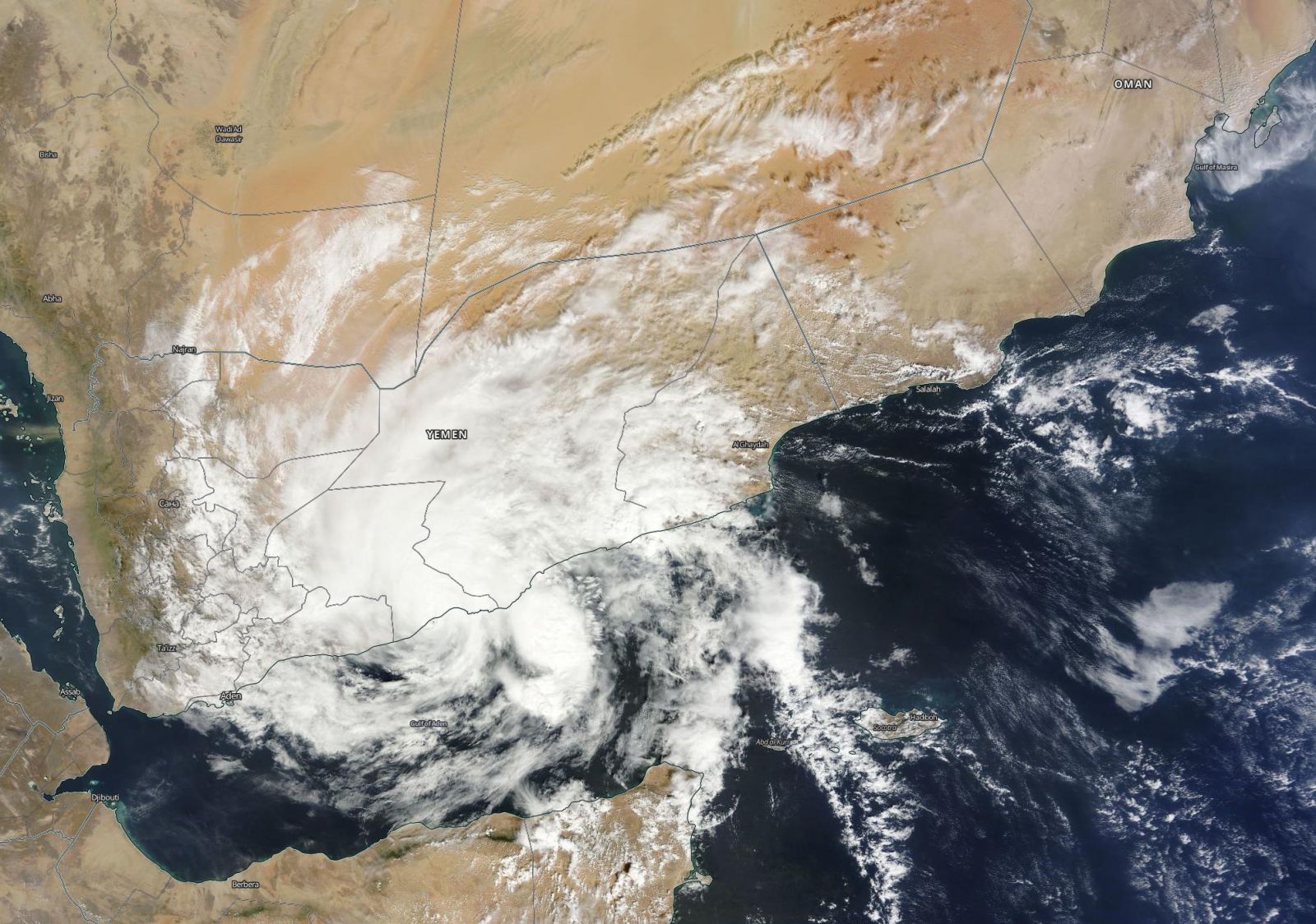 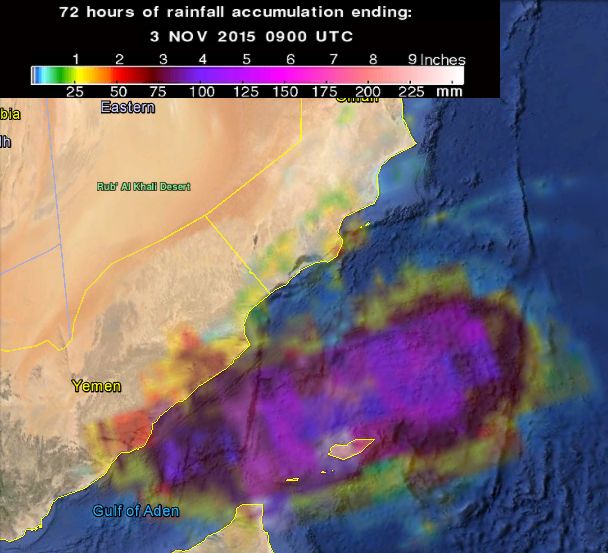 "A strike on the Arabian coast by a major tropical cyclone is rare due to great amount of dry air that is drawn in from the Arabian Peninsula well ahead of the storm," AccuWeather meteorologists Alex Sosnowski said.

The storm hit Yemen after battering the neighboring island of Socotra, 368 km (230 miles) south of the coast of Yemen, several hours earlier, with category 4 hurricane wind force. 1 person was reported dead so far, 200 others injured, at least 80 houses devastated and 100 more partially damaged, as of November 3.

Chapala has been affecting southern Yemen with heavy rainfall, strong winds, storm surge and high waves. Severe floods have been reported in Mukalla, with over 1 meter (40 inches) of water overflowing the streets, according to Yemen Post Newspaper. About 100 000 people have been forced to evacuate their homes, however no reports of casualties or reliable levels of damages are available yet.

According to BBC, residents of Mukalla reported flooded streets and inundated vehicles, devastated homes and numerous evacuations due to high risk of rockslides: "The wind knocked out power completely in the city and people were terrified. Some residents had to leave their homes and escape to higher areas where flooding was less," one person stated.

The storm's strength started to rapidly decline after landfall, according to the Joint Typhoon Warning Center (JTWC) and is expected to dissipate over land in the next 24 hours. On November 3, 15:00 UTC, Tropical Cyclone "Chapala" was packing maximum sustained winds of 102 km/h (63.4 mph) with gusts reaching 129.6 km/h (80.5 mph). The system was tracking west-northwestward at 3.7 km/h (2.3 mph) with a minimum central pressure of 974 hPa.

Ongoing heavy rainfalls and strong, damaging winds are expected to cause more life-threatening floods and landslides across the affected areas. Meteorologists expect the system will dump, on average, between 150 and 300 mm (6 to 12 inches) of rainfall across central Yemen, while some parts might receive as much as 50 cm (20 inches) of accumulated precipitation over 48 hours. For comparison, this is 10 times the annual average rainfall of the area.

The Socotra island, Shabwah and Hadramaut governorates, and possibly Abyan, Marib and Al Bayda will be exposed to ongoing rains and strong winds for the next 24 hours.