A disastrous flash flood hit the Bodrum town in Turkey on the evening of September 22, 2015. An unprecedented event inundated the streets as strong flood waters came rushing down the adjacent mountains. 8 people were injured and at least 40 were rescued from their homes by the Turkey's Search and Rescue Society (AKUT), media reports.

A severe flash flood began late evening on September 22 and lasted for about three hours. Raging flood waters were rushing down the streets carrying a number of vehicles for more than 300 meters (1 000 feet) and leaving them scattered all over the town center. 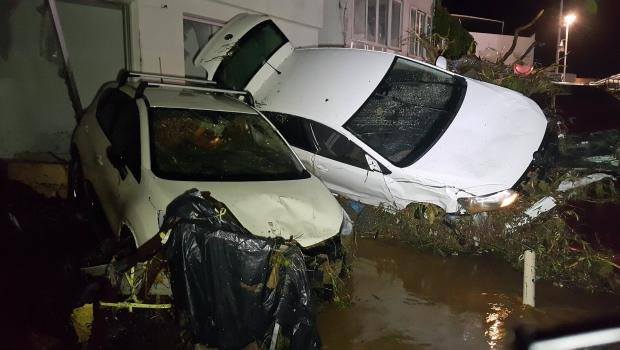 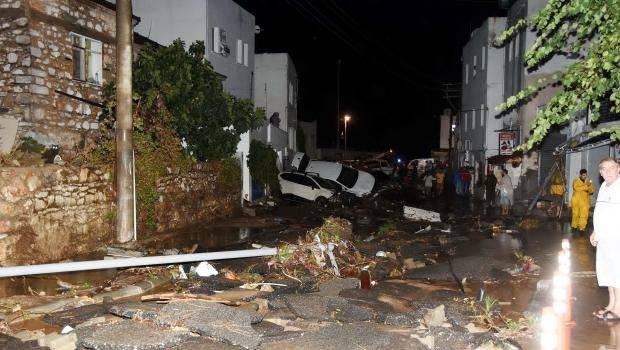 A number of drivers have been left stranded in their vehicles, and at least 40 people were trapped in their homes and rescued by the AKUT personnel. The main road connecting Bodrum and the Konacik neighborhood was closed, and the traffic was heavily disrupted across the affected areas.

Luckily, no victims have been reported, although the waters have been so strong that a few sidewalks and asphalt have been torn apart by its force.

"I've never before seen such a disaster in Bodrum. No municipality, no institution could have stood a chance against it. Waters rose 2-3 meters, my own vehicle was dragged 300 meters. What's important is that there was no loss of life," Ertan Basar, a flood witness stated.