Massive wildfires are burning around Rusia's Lake Baikal – world's largest and oldest freshwater lake – for the last month and a half, and the situation is now close to catastrophic. But as if that wasn't enough, experts are saying underwater lake habitat around some areas amount to an environmental disaster. At Severobaikalsk, for example, water samples showed the lake was 'dead' and facing 'intensive bacteriological decay'.

Viktor Klimkin, Director of the Oversight and Prevention Department of the Russian Emergencies Ministry, said that the fires are a result of a multitude of factors, natural and artificial alike. "It hasn't been raining in some areas, the summer has been very dry and hot, and there are strong winds blowing the fire at the same time. On top of that, some of regional officials preferred to go on holidays instead of working hard to stop fire."

"These sorts of trees don't have bark strong enough to protect from fire, and they recover very slowly after fire," Bryukhanov said for The Siberian Times. "Mid-sized mammals, such as fox, lynx, hare, marten and others are the most affected." 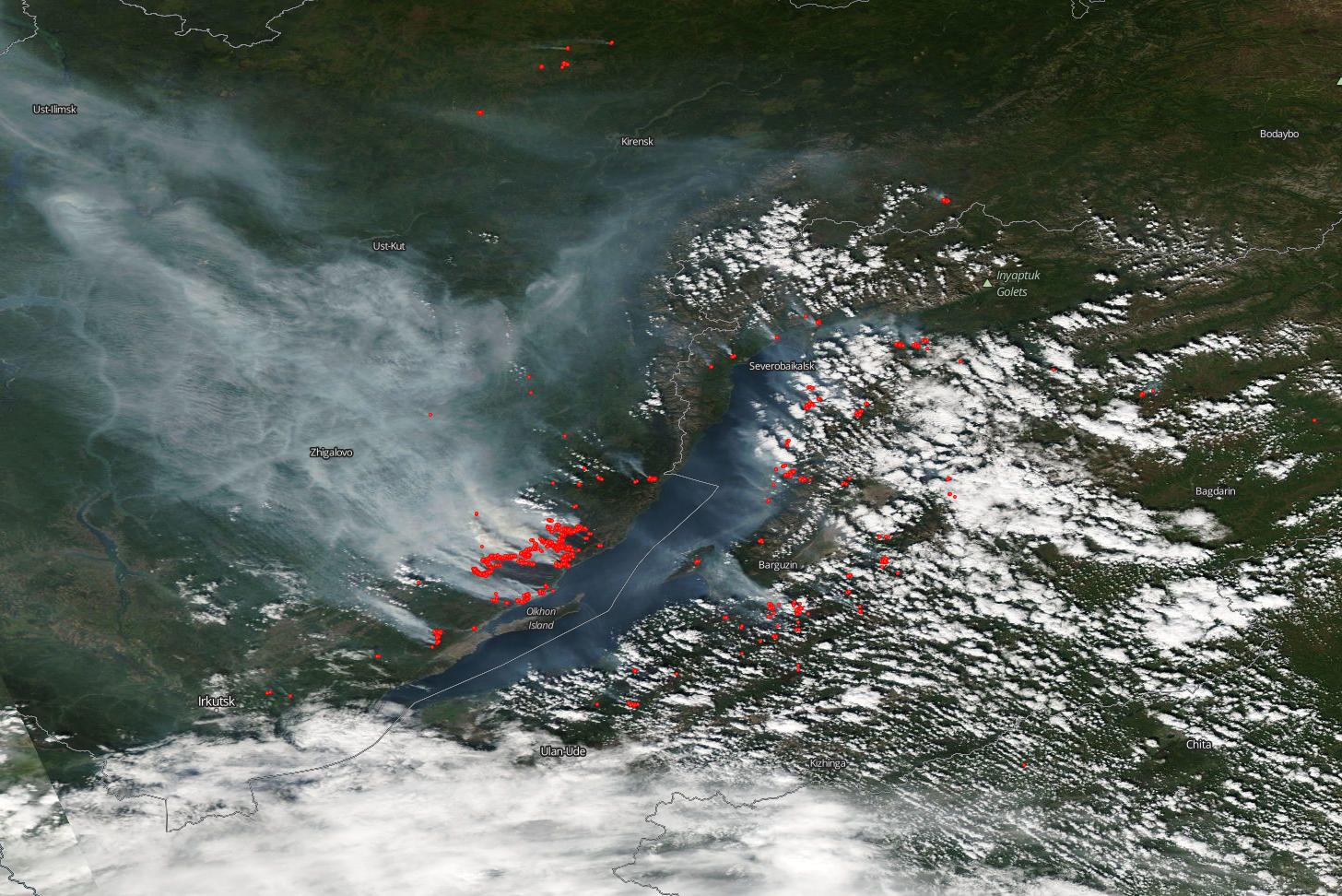 According to the AFP, fires are now raging in nearby forests, especially on its eastern shore in the region of Buryatia, engulfing an area three times the size of land burnt by wildfires in California this year. 36 separate fires blazed across 1 434 square km (555 square miles) on Thursday, September 3, 2015, the state forestry agency said.

Regional authorities have advised the public to stay indoors as much as possible to avoid air pollution after raised levels of nitrogen dioxide and carbon monoxide were recorded in some districts.

According to The Siberian Times, the shocking scenes came amid a warning from a senior politician that wildfires now pose the greatest threat to the lake.

Mikhail Slipenchuk, deputy head of the Russian parliament's committee on natural resources and ecology, said: "Fires near the lake's shores actually kill the water arteries, thus damaging the water balance in the lake".

Baikal – no longer the cleanest lake on Earth

Dr Oleg Timoshkin, researcher at the Russian Academy of Sciences in Irkutsk, is warning that humans living near Lake Baikal are having a dire impact on a lake which was once believed to be one of the cleanest, if not the cleanest, on this planet.

Timoshkin paints a worrying, even alarming, account of the damage to its waters. Warning of the human impact on the lake, he said "Baikal can't swallow it all!"

Diseased sponge, of which some are giving the appearance of 'disgusting black slime' – is rife in parts of the lake. Elsewhere household waste has been thrown into Baikal in 'massive' quantities.

The underwater lake habitat around the resort of Listvyanka in Irkutsk region amounts to an environmental disaster, while at Severobaikalsk water samples showed the lake was 'dead' and facing 'intensive bacteriological decay'.