A rare celestial event is scheduled for September 28, 2015 (UTC) – a total lunar eclipse and the closest supermoon of the year.

This full Moon is also known as the Harvest Moon, and Blood Moon, because it ends the current lunar tetrad – series of 4 consecutive total eclipses occurring at approximately six month intervals.

The total lunar eclipse of September 28, 2015 is preceded two weeks earlier by a partial solar eclipse on September 13 and will be visible from the eastern Pacific, North and South America, Europe, Africa and western Asia.

According to NASA's eclipse specialist Fred Espenak, the Moon will be totally eclipsed (totality) for 1 hour and 11 minutes, but the instant of greatest eclipse takes place at 02:47 UTC. 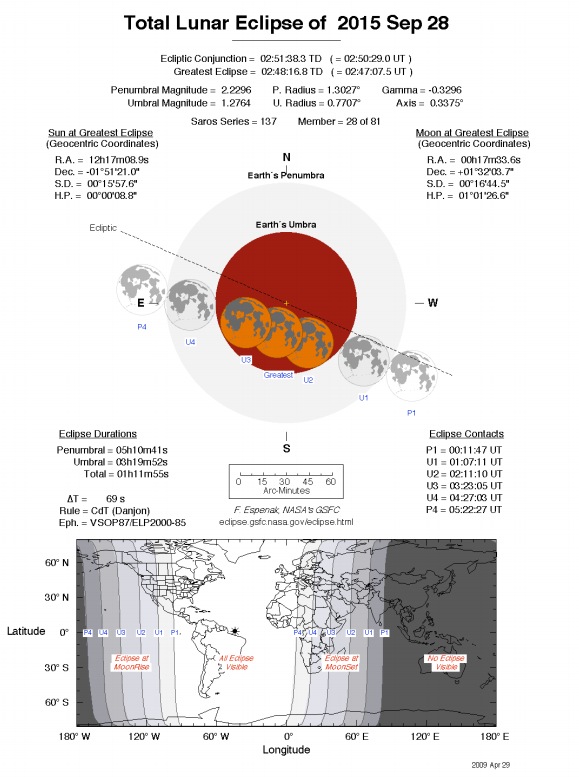