30 dead large whales have been found since May 2015, along the Western Gulf of Alaska and southern shoreline of the Alaska Peninsula. Simultaneous increase in the number of large whale strandings in British Columbia, Canada, got the scientists on both ends to start an active investigation. The "Unusual Mortality Event" (UME) for large whales has been declared for the first time on Alaska.

An unusually high number of large whale deaths has been reported across the Western Gulf of Alaska, in the regions around Kodiak Island, Afognak Island, Chirikof Island and the Semidi Islands, and along the southern shoreline of the Alaska Peninsula. 11 fin whales, 14 humpback whales, one gray whale and four unidentified whale species have been found dead in the Western Gulf of Alaska.

The first whale death was reported in Marmot Bay on Kodiak Island, on May 23, 2015 and large whale strandings have continued since. This series of large whale deaths have been declared as an "Unusual Mortality Event" (UME), the National Oceanic and Atmospheric Administration (NOAA) reported.

The total number of 30 dead whales, reported since May, is over three times the average for the area. This unusual jump in death numbers across the western Gulf of Alaska has prompted an official investigation. 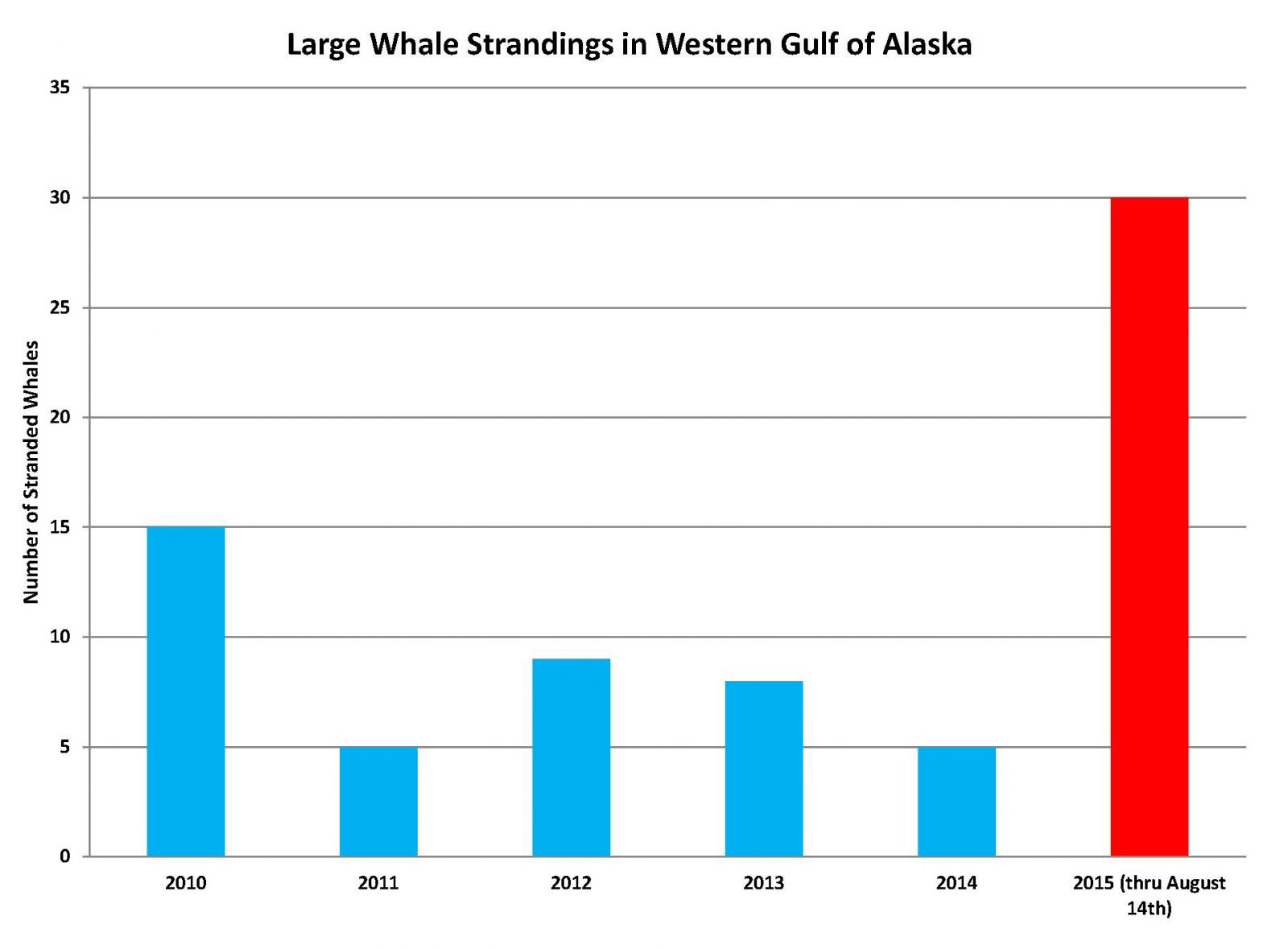 To add to the unusual event, the researchers of British Columbia, Canada have reported an increase in large whale strandings during the months of July and August. This summer, uncommon numbers of bird deaths has also been reported across the Alaska Peninsula. However, it's not clear whether these deaths are in any way connected.

"NOAA Fisheries scientists and partners are very concerned about the large number of whales stranding in the western Gulf of Alaska in recent months. While we do not yet know the cause of these strandings, our investigations will give us important information on the health of whales and the ecosystems where they live." Teri Rowles, NOAA Fisheries' marine mammal health and stranding response coordinator, said in a statement. 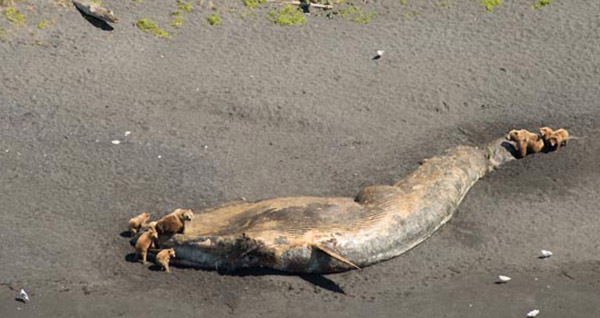 Most whale carcasses have been floating and were not retrievable, NOAA reported. Therefore, the scientists have been able to collect a tissue sample from only one of the 30 carcasses. It could take a few months, even years to find the cause of sharp increase in whale mortality in the area.

As a part of the UME investigation process, the scientists will cooperate to review the collected data and sample future whales that strand. Although many people tend to blame the Fukushima nuclear disaster of 2011 for animal deaths, NOAA said the preliminary analysis shows no signs of such contamination, although conclusive results are yet to be provided.