Typhoon "Soudelor" made a direct hit to Saipan, Northern Mariana Islands on August 2, 2015 generating significant damage to the island. It became the strongest cyclone of the year on August 3, with wind speeds reaching 287 km/h (178 mph). The following day, Soudelor started a weakening phase and became a Category 2 equivalent storm on August 5, with wind speeds of 167 km/h (103 mph).

Schools and businesses in eastern parts of Taiwan are closed. About 2 000 people have been evacuated from Taiwan’s outlying islands, popular with tourists. Taiwan Railways Administration canceled part of its service, and some domestic flights were also canceled. Tourists and local residents are ordered not to visit beaches on the island's east coast.

This powerful typhoon already claimed at least one life, when a young girl was swept out to sea in eastern Yilan county on Thursday, August 6.

Another child was also missing in the same incident, while a 38-year-old woman and another girl survived.

“The girl who died and the one who went missing were swept away by strong waves,” a spokesman for the National Fire Agency said. 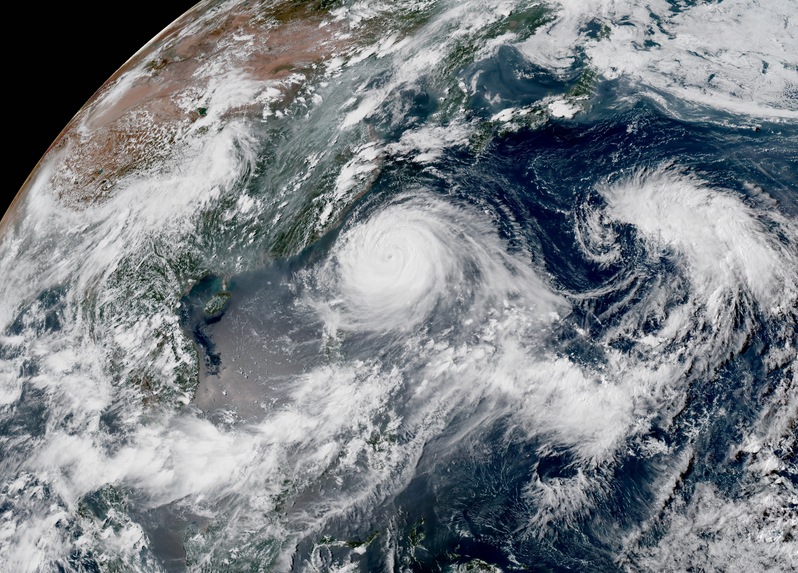 After landfall, the system will weaken rapidly as it transits across the mountainous terrain and re-emerge over the Taiwan Strait as a weak typhoon.

Around 12:00 UTC on August 8, Soudelor will make its third landfall. This time over the eastern coast of China, near Quanzhou, with maximum sustained wind speeds near 148 km/h (92 mph) – Category 1 equivalent on the Saffir-Simpson Hurricane Wind Scale.

Soudelor will unleash heavy rains across northern and eastern Taiwan. The government warned all departments to take precautionary measures ahead of its landfall, including preparation for floods, landslides, and fallen trees.

The defence ministry said it had readied 100 shelters that can accommodate more than 45 000 people, while around 32 000 soldiers were placed on standby for disaster relief. 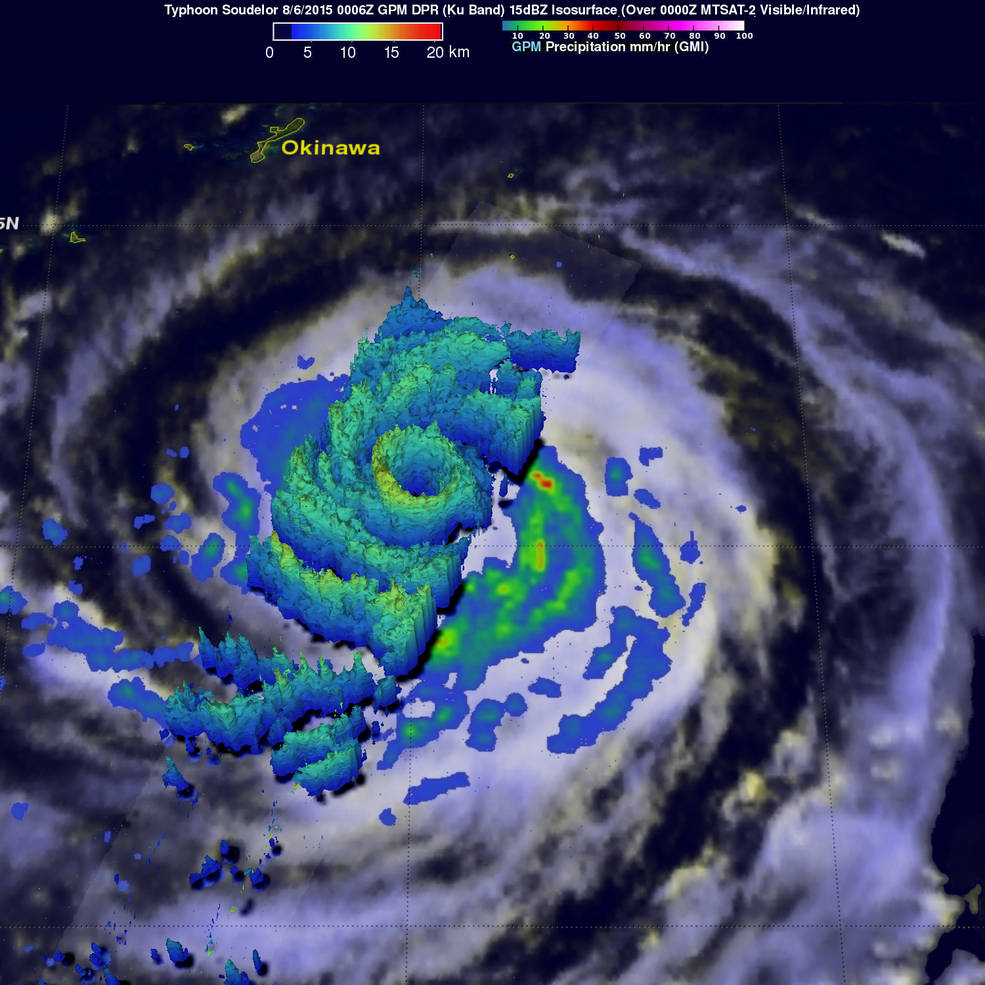 On August 6 at 00:06 UTC, GPM saw Typhoon Soudelor's heaviest rain a rate of close to 70 mm (2.4 inches) per hour in a strong thunderstorm band southwest of the center. Credits: NASA/JAXA, Hal Pierce.