Authorities have ordered evacuations of around 500 residents of farming villages around Bulusan volcano on Friday, May 8, 2015 in fear of rain-driven mudflows from approaching Typhoon "Noul", locally know in the Philippines as Dodong.

On May 1, 2015 Bulusan produced steam and ash explosion which lasted for 5 minutes. Another ash emission occurred on May 6 and lasted 3:30 minutes and experts warned debris from those two eruptions could rumble down the slopes when Noul hits the region. 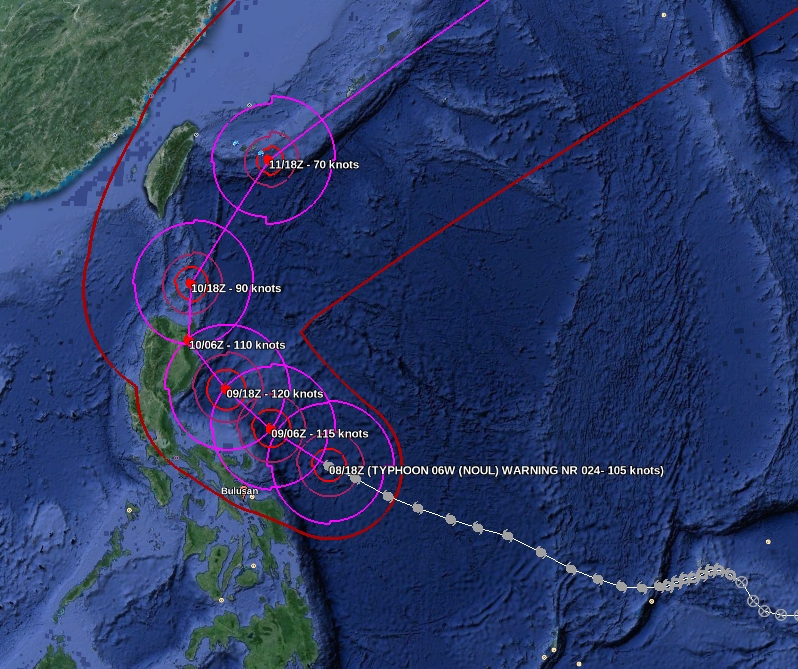 Such explosions are typical to Bulusan during restive periods, when its hydrothermal system is disturbed or when steam accumulates and pressurizes at the shallow levels of the volcanic edifice. Based on past records, more explosions can be expected to occur with varying intensity, duration and distribution of ash.

In view of the above activities, PHIVOLCS has raised the Alert Level status of the volcano from Alert Level 0 to Alert Level 1 (abnormal).

7 May – Philippines evacuated 1.102 people last after the eruption of the volcano #Bulasan day before @chematierra pic.twitter.com/O6PSa82282

PHIVOLCS said at 08:00 local time today that Bulusan's seismic network did not detect any volcanic quake during the 24-hour observation period. During good visibility, weak emission of white steam was observed from the vents in the southwest and in the northwest upper slopes drifting southwest.

Alert Level 1 (abnormal) remains in effect, the agency said. This indicates that hydrothermal processes may be underway beneath the volcano that may lead to more steam-driven eruptions. 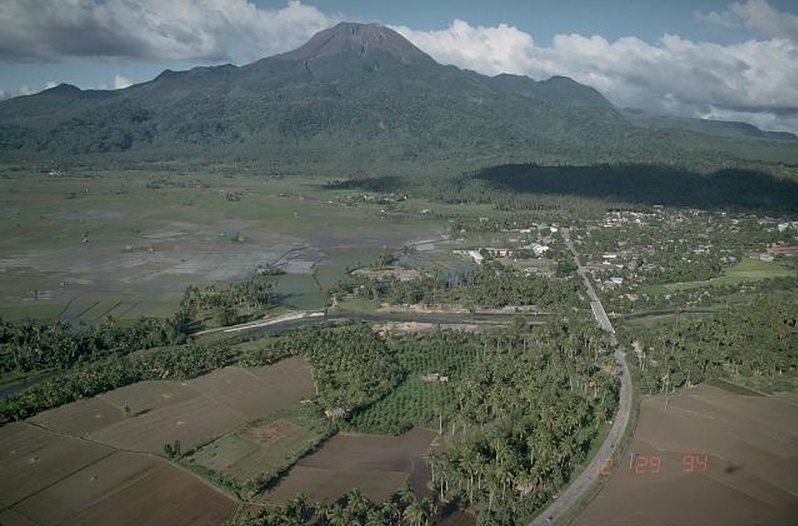 Bulusan, seen here from the south, rises to 1565 m above the low-lying floor of Irosin caldera. Bulusan is the youngest of several cones and lava domes constructed within the caldera. The city of Irosin (right) is the largest of several towns within the caldera, which was formed more than 36,000 years ago. Historical eruptions of Bulusan have been restricted to vents at the summit, although flank vents also are found low on the SE side. Photo by Chris Newhall (USGS).

The local government units and the public are reminded that entry to the 4-kilometer radius Permanent Danger Zone (PDZ) is strictly prohibited due to the possibility of sudden and hazardous steam-driven or phreatic eruptions.

Civil aviation authorities must also advise pilots to avoid flying close to the volcano’s summit as ash from any sudden phreatic eruption can be hazardous to aircraft.

Furthermore, people living within valleys and along river/stream channels should be vigilant against sediment-laden stream flows and lahars in the event of heavy and prolonged rainfall.