The small village of Langtang, which was located along a popular trekking route near the base of Mount Langtang, was completely buried by ice and rocks shaken loose by devastating earthquake that struck Nepal on April 25, 2015. At least 200 people died in this disaster.

The village was located below a very steep ridge and above the ridge there is a glacier towards the north-west and large snow field right above the village, MountainHydrology writes.

"There has been a lot of snow fall this year and at the moment of the earthquake there were considerable amounts of snow at higher altitudes. From a preliminary investigation we think it is most likely that either a snow avalanche from directly north of Langtang village or a debris/ice avalanche from the north-west has caused this disaster."

These are marked by red arrows in the map: 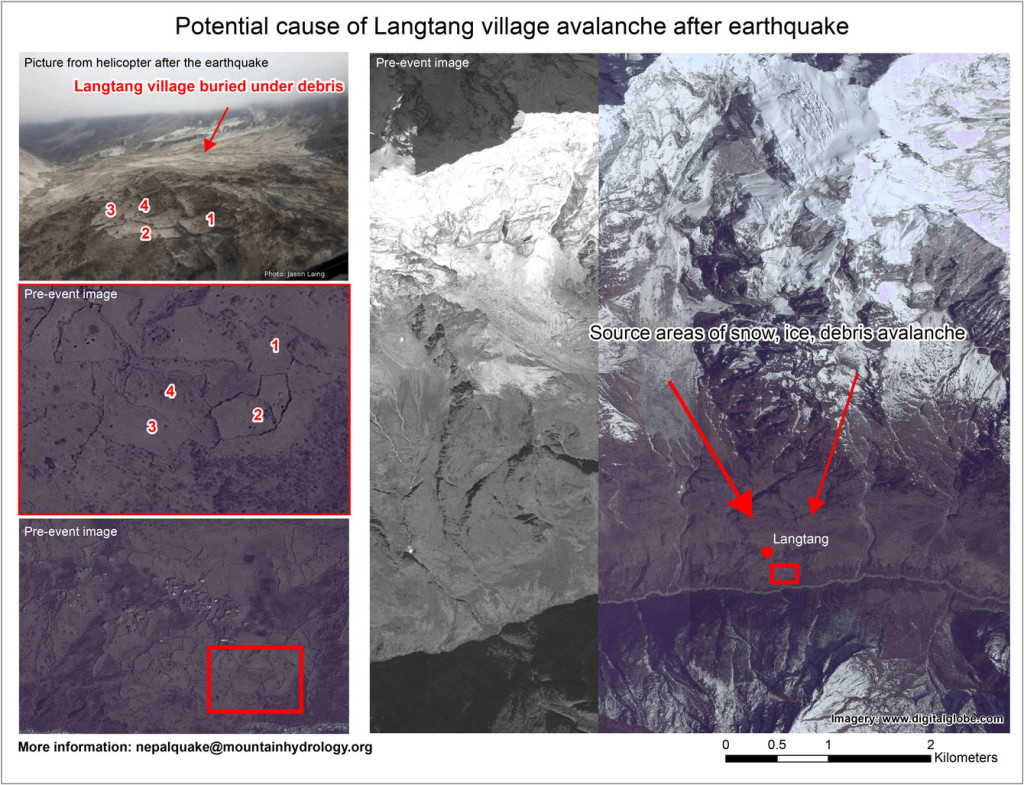 While cloudy conditions have hampered satellite observations of Nepal since the earthquake, the Operational Land Imager (OLI) on Landsat 8 captured a clear view on April 30, 2015.

A mixture of snow, ice, and debris – which originated in snowfields on the slopes above Langtang – slid toward the Langtang River and buried the village. 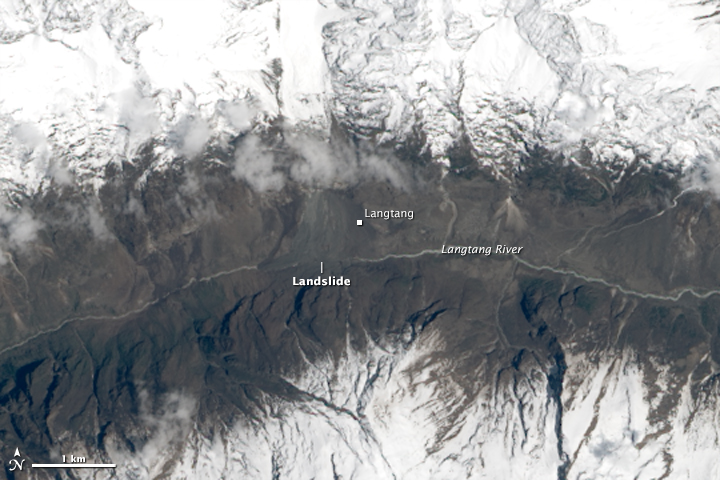 Walter Immerzeel and Philip Kraaijenbrink, members of a group of volunteer scientists (Mountain Hydrology) with expertise in remote sensing, were the first to identify and analyze the landslide using Landsat 8.

“The Langtang River was completely covered by the deposit that buried Langtang Village, but there is no evidence yet of a lake forming behind the blockage,” the scientists noted.

This may indicate that the water has found its way through the debris, snow, and ice which is significant because rivers damned with landslide debris can back up and lead to destructive downstream floods if the natural dam fails. 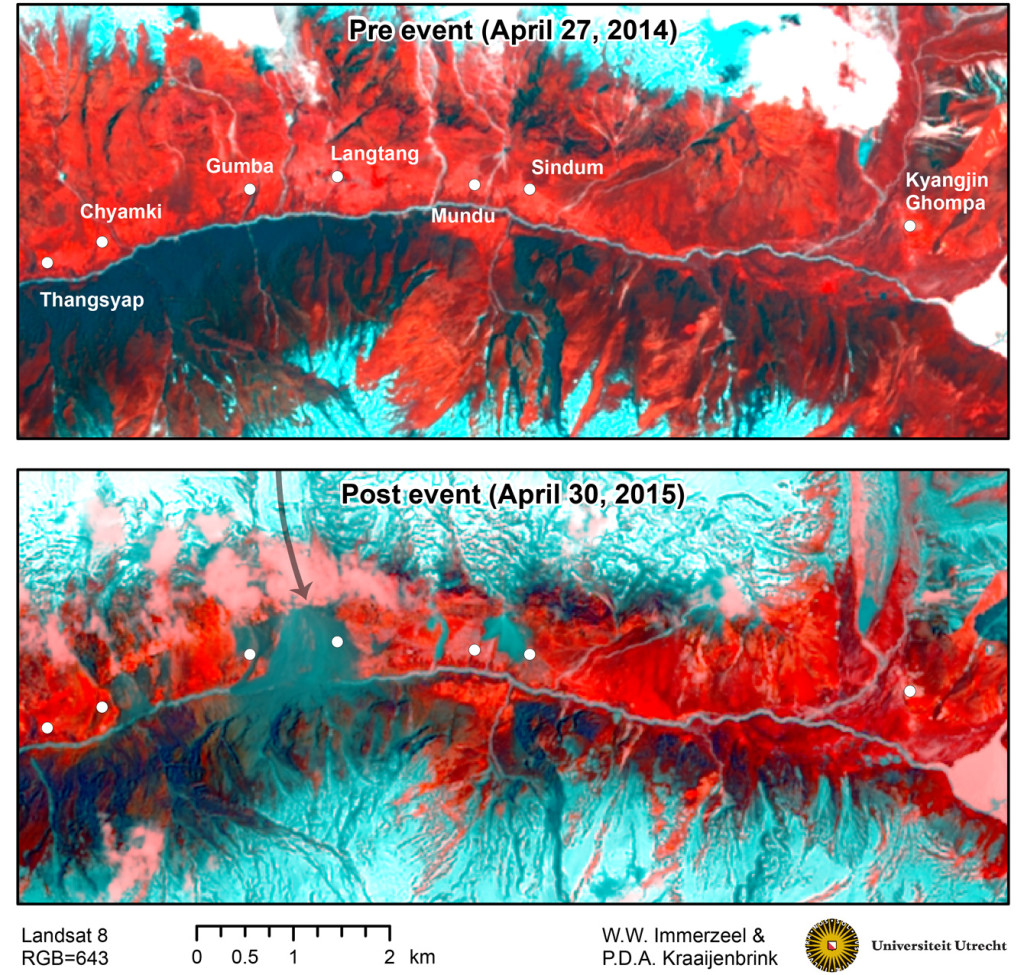 A video uploaded by YouTube user Shaky on May 4, 2015 shows the start of the avalanche. Its description says:

"We were somewhere between Godatabela and Langtang. After the quake large boulders destroyed the forest on the opposite side of the river. Then rocks started rolling on our side and finally the huge avalanche and landslide that destroyed Langtang village created a cloud of snow and mud that came over us and covered everything."