It appears a Coronal Mass Ejection (CME) was produced by this event, however, the location of this region is not favorable for Earth directed CMEs.

There were no signatures that would suggest a CME was produced in either of those two events.

A Type II Radio Emission with estimated velocity of 1 163 km/s was associated with this event. Type II emissions occur in association with eruptions on the Sun and typically indicate a Coronal Mass Ejection (CME) is associated with a flare event.

Additionally, a 10cm Radio Burst lasting 2 minutes, with peak flux of 590 sfu, was also associated with the event. A 10cm radio burst indicates that the electromagnetic burst associated with a solar flare at the 10cm wavelength was double or greater than the initial 10cm radio background. This can be indicative of significant radio noise in association with a solar flare. This noise is generally short-lived but can cause interference for sensitive receivers including radar, GPS, and satellite communications.

Full report can be reached here.

Solar activity is expected to be low over the next three days (May 5 – 7), with a slight chance for an M-class flare (R1-R2, minor-moderate) due to flare activity from Region 2335 and the return of old Region 2322.

On its last transit, old Region 2322 produced six M-class flares and was likely the source of recent back-sided activity indicated by coronagraph imagery. 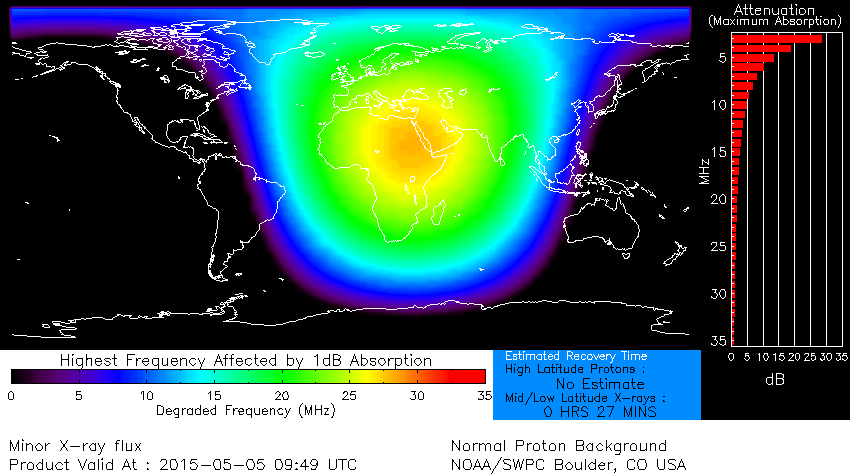 Region 2335 ('beta-gamma') has rapidly grown over the last couple of days and is now near the center of the disk. 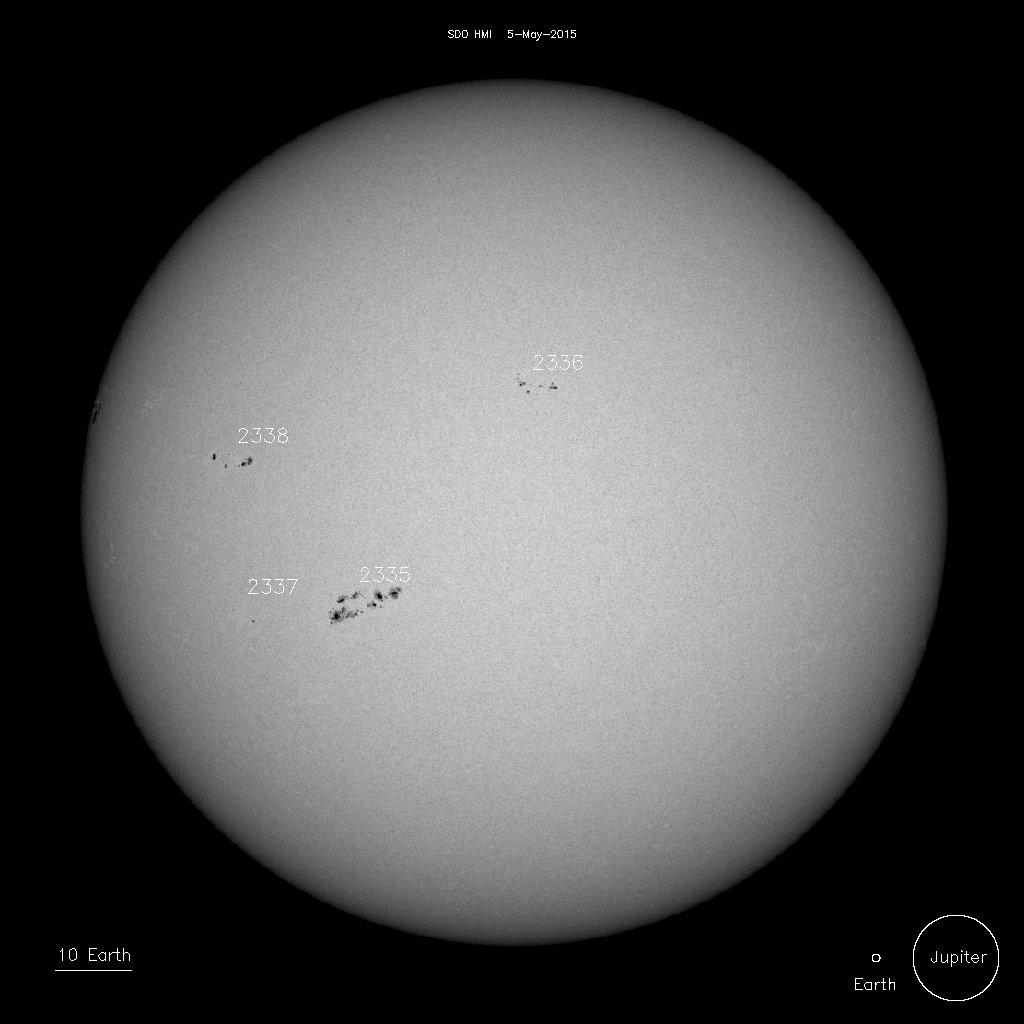 The geomagnetic field is expected to remain at quiet levels through the majority of May 5 under an ambient solar wind environment.

Unsettled field conditions are expected later today through midday May 6 due to the onset of a negative polarity CH HSS.

Unsettled to active geomagnetic field conditions are likely beginning midday to late May 6 due to the anticipated arrival of the May 2 asymmetrical partial-halo CME associated with disappearing solar filament in the southern hemisphere.