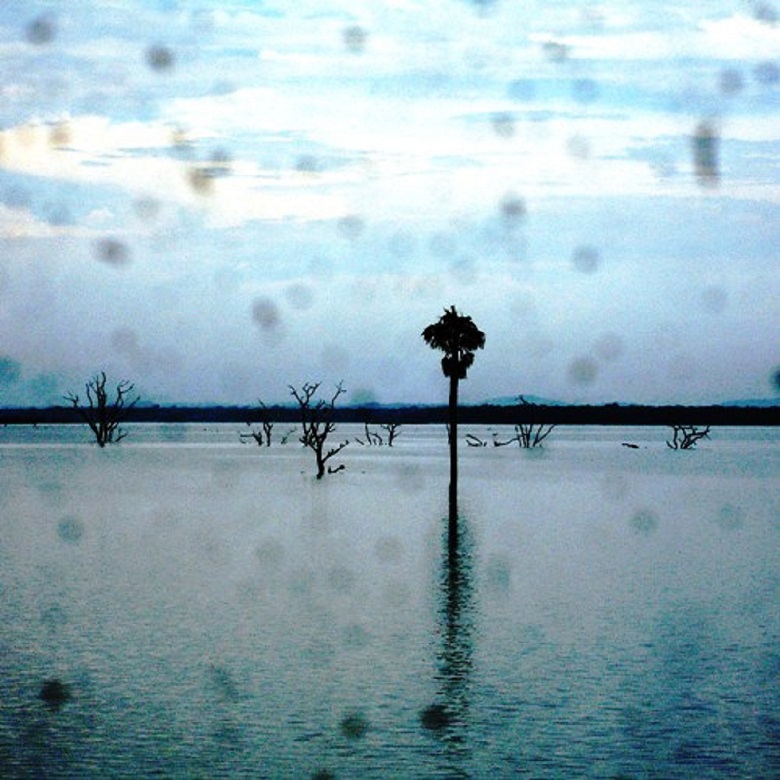 According to present plans, the Grand Ethiopian Renaissance Dam (GERD) — now under construction across the Blue Nile River in Ethiopia — will be the largest hydroelectric dam in Africa, and one of the 12 largest in the world. But controversy has surrounded the project ever since it was announced in 2011 — especially concerning its possible effects on Sudan and Egypt, downstream nations that rely heavily on the waters of the Nile for agriculture, industry, and drinking water.

To help address the ongoing dispute, MIT’s Abdul Latif Jameel World Water and Food Security Laboratory (J-WAFS) convened a small, invitation-only workshop of international experts last November to discuss the technical issues involved in the construction and operation of the dam, in hopes of providing an independent, impartial evaluation to aid in decision-making. The group’s final report, which was shared with the three concerned governments in early February, is being released publicly today. 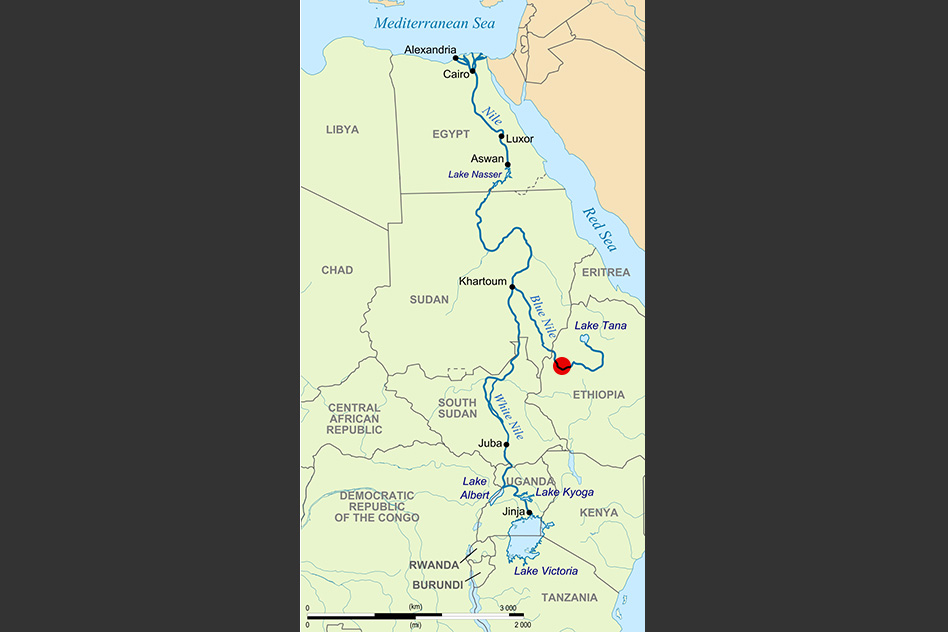 Map showing the full extent of the Nile with its two main branches, the White Nile, which flows from Lake Victoria, and the larger Blue Nile, which originates in the highlands of Ethiopia. The location of the Grand Ethiopian Renaissance Dam (GERD), now under construction near Ethiopia’s border with Sudan, is shown in red.

On March 23, the three governments signed an agreement to enter negotiations for final settlement of issues surrounding the dam’s operations. Though the agreement is preliminary, it marks a significant step forward.

Professor John H. Lienhard V, the director of J-WAFS, was among the organizers of the November workshop held at MIT. He says that the group was carefully selected to include top experts on water resources engineering and economics and on the Nile Basin, and was charged with reviewing the current state of technical knowledge on the GERD and its potential downstream impacts. The idea was “to give advice, and do it impartially,” Lienhard says.

“We went out of our way to find people who know about large dams and large rivers, and who are not affiliated with any of the three governments,” including people with “hands-on experience with dams of this scale,” Lienhard says. The meeting also included observers from Egypt, Sudan, and Ethiopia. After the report was shared, members of the group also met with officials in Egypt and Ethiopia to review the technical issues.

The working group developed consensus recommendations, which were incorporated into the 17-page report. It reflects agreement reached at the November workshop, says Lienhard, who is also the Abdul Latif Jameel Professor of Water and Food at MIT.

The report raises five technical issues that require resolution. First, the GERD will join the Aswan High Dam as a second large reservoir on the Nile River. Egypt and Ethiopia need to formulate a plan for coordinating the operation of these two dams, so as to equitably share Nile waters during periods of reservoir-filling and prolonged drought. Nowhere in the world are two such large dams on the same river operated without close coordination.

Second, the design of the GERD requires that a very large “saddle dam” be built to prevent water stored behind the GERD from spilling out of the northwestern end of the reservoir. The risks associated with a possible failure of this saddle dam may not have been fully appreciated, and must be carefully managed.

Third, there is concern about the location and capacity of the GERD’s low-level release outlets to provide water to Egypt and Sudan during the reservoir’s filling or periods of drought.

Fourth, the hydropower generated from the GERD exceeds Ethiopia’s current domestic power market, and it will therefore need to be sold outside Ethiopia. A plan is needed for such sales, and for the construction of transmission lines to regional markets. A power trade agreement will ensure that the Ethiopian people receive a good financial return on their investment.

Fifth, the ongoing accumulation of salts in the agricultural lands of the Nile Delta could accelerate rapidly; additionally, the GERD will enable Sudan to increase irrigation withdrawals upstream, further reducing the water available to Egypt. Studies are urgently needed to identify the magnitude of these potential problems, and to mitigate their impact.

Perhaps the biggest question concerning the new dam is how Ethiopia will manage the process of filling its huge reservoir, whose capacity equals more than a year’s flow of the Blue Nile. Egypt has expressed concerns that if the reservoir is filled too quickly, it could severely diminish the flow upon which Egypt depends; 60 percent of the nation’s water comes from the Blue Nile.

“The Egyptians are very concerned about what a reduction in the amount of water would mean to them,” says Kenneth Strzepek, a research scientist at MIT’s Joint Program on the Science and Policy of Global Change, and a co-chairman of the November workshop.

Dale Whittington, a professor at the University of North Carolina and a co-editor of the MIT report, says: “Egypt, Ethiopia, and Sudan are currently hoping that a team of international consultants can quickly find technical solutions to these challenging problems to which they can agree. From our perspective, this is likely wishful thinking. The hard negotiations ahead will require that foreign policy and water experts from each of the three countries have a shared understanding of the technical issues and a willingness to compromise while hammering out detailed agreements on reservoir operation policy, power trade agreements, dam safety, and salinization control.”

But, Whittington says, “A shared knowledge base and modeling framework is unfortunately lacking, despite over $100 million in investment by the Nile Basin Initiative over more than a decade of engagement.”

Don Blackmore, former executive director of the Murray-Darling River Basin Authority in Australia and current chair of the International Water Management Institute, says, “Egypt, Sudan, and Ethiopia will try to work with their consultants to solve these five problems, but if these countries request assistance, we believe that the international community has an obligation to step forward.”

Other nations can potentially play three roles, says Blackmore, who was not involved in compiling the new report: providing impartial scientific advice; bringing legal expertise and experience on transboundary waters to help craft the text of technical agreements; and serving to arbitrate disputes that arise over time.

Given the potential for conflict among the nations dependent upon this water, Blackmore adds, “The international community needs to focus on the Nile as a matter of urgency.”