Tropical Cyclone "Joalane" organized on the morning of April 6, 2015 in the Southern Indian Ocean. 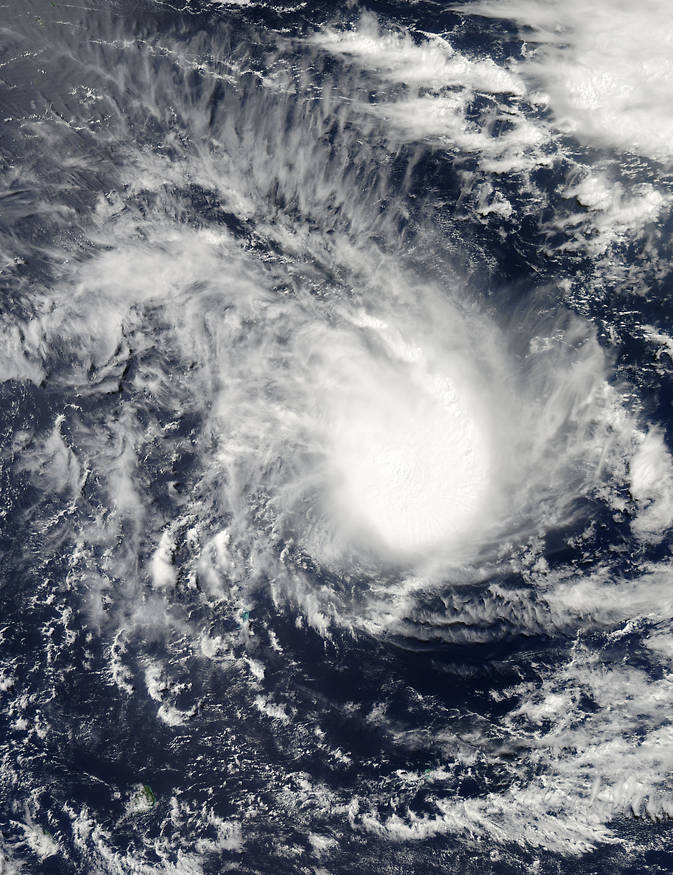 On April 7 at 06:00 UTC, the MODIS instrument aboard NASA's Terra satellite captured visible-light data of the storm. The image showed banding of thunderstorms in the western and eastern quadrants of the storm. Microwave data revealed the storm had developed an eye. 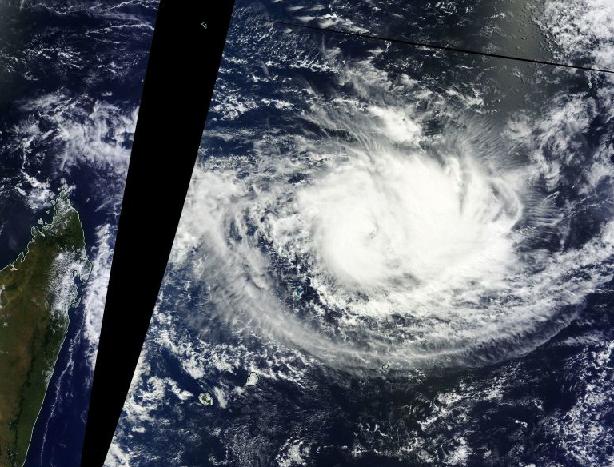 The JTWC forecast calls for Joalane to intensify and head southeast, moving east of Rodrigues Island on April 10, where no warnings are currently in effect.