The third solar flare today was an impulsive M2.4 which erupted at 12:16 UTC.

"Beta-Gamma" classified Region 2268 is still in geoeffective position and Earth-directed CMEs are still possible. However, this region is now rotating away from the center of the disk and a slight decay was noted in its intermediate areas.

Region 2277 also has 'Beta-Gamma' magnetic configuration and is capable of producing strong eruptions on the Sun. This region is consolidating and rotating toward the center of the disk, into a more geoeffective position.

The threat of Earth-directed CMEs will soon switch from Region 2268 to Region 2277. 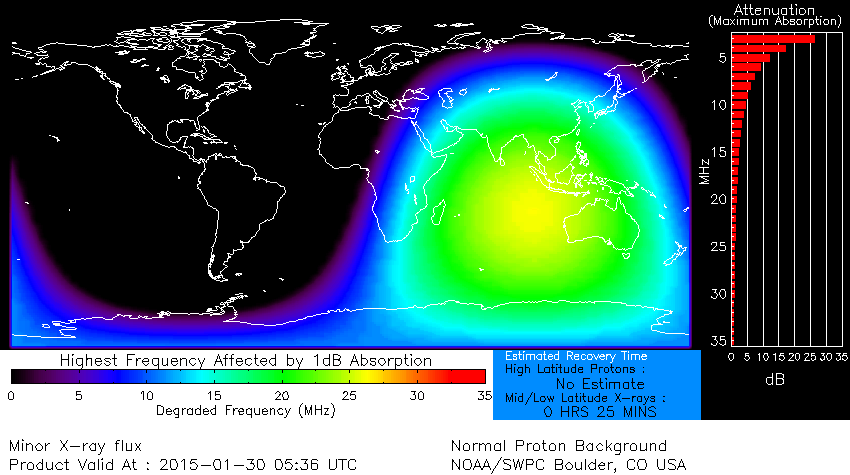 There are currently 8 numbered sunspot regions on the visible disk. 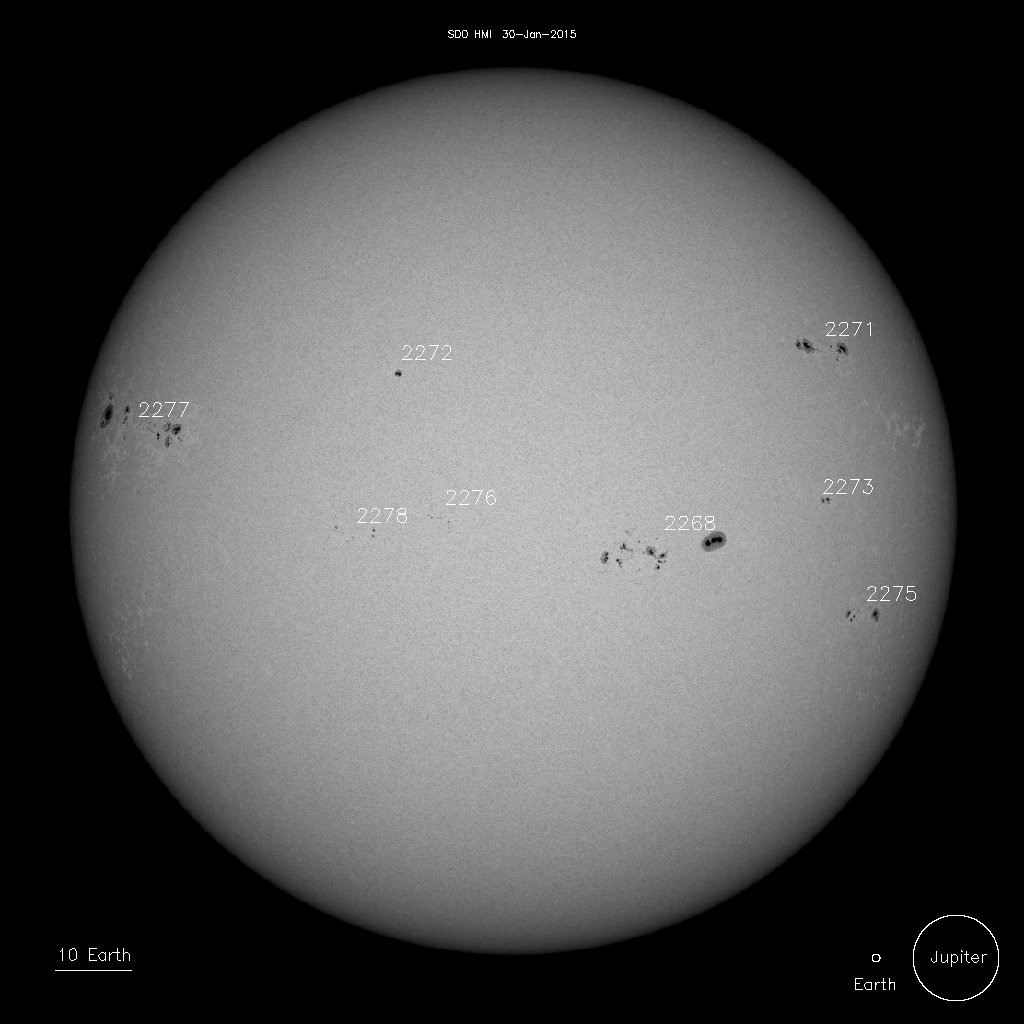 Solar activity is likely to be at moderate levels (R1-R2, Minor-Moderate) with a chance for X-class flaring (R3-Strong or greater) activity over the next three days (January 30 – February 1). The most likely source for any enhanced flare activity are Regions 2268 and 2277 due to their large size and complex magnetic structures.

The greater than 2 MeV electron flux at geosynchronous orbit is forecast to be at normal to moderate levels on January 30 and 31 with moderate to high levels possible on February 1 due to coronal hole influence.  There is a chance for a greater than 10 MeV proton flux reaching S1-Minor or above levels over the next three days as Region 2268 continues to rotate into a better connected location.

Quiet to minor geomagnetic storm levels (NOAA Scale G1) are expected on January 30 and 31 as the large extension off the southern crown polar coronal hole moves into a geoeffective position. By February 1, mostly quiet to active conditions are expected. 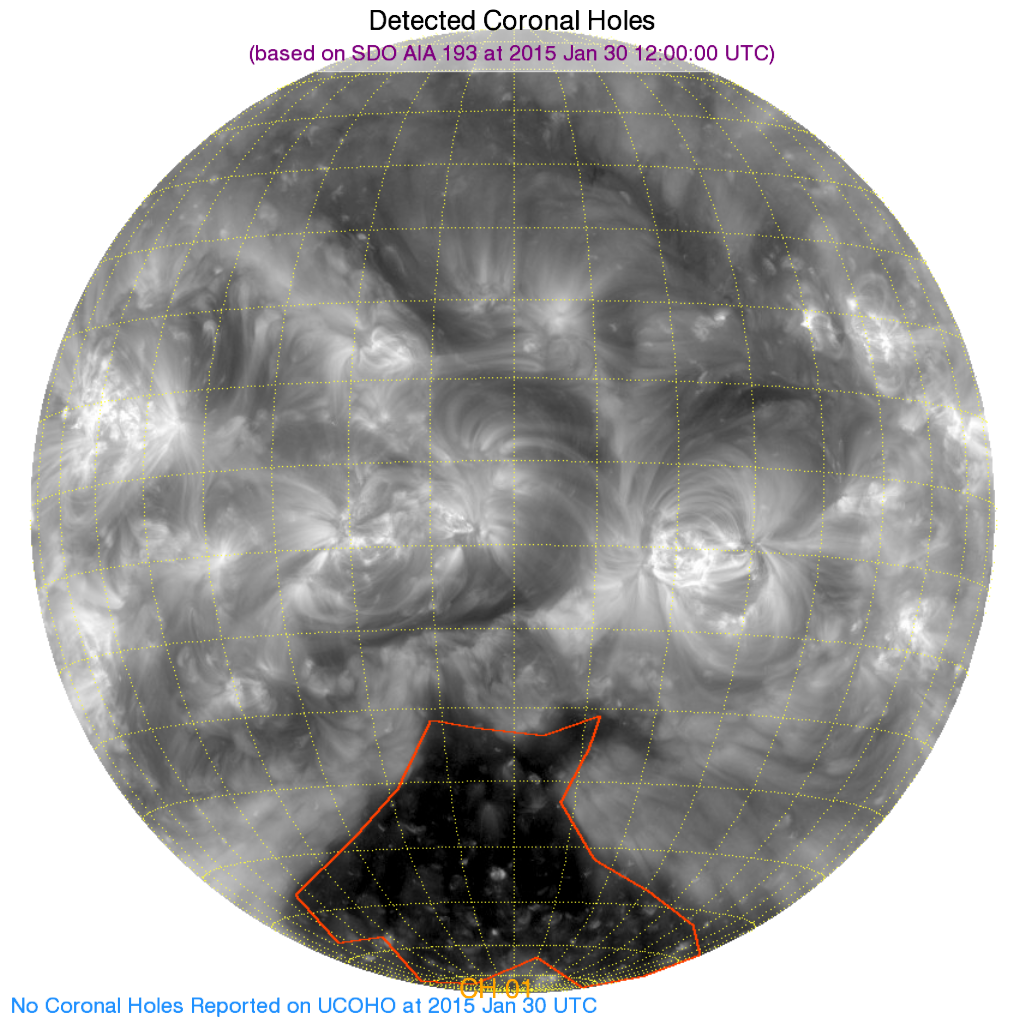