A strong and shallow M6.3 earthquake hit southeast of Loyalty Island, New Caledonia at 17:57 UTC on January 30, 2015, according to Geoscience Australia. Their preliminary report mentions depth of 0 km. USGS is reporting M6.0 at a depth of 15.1 km. EMSC measured M6.0 at a depth of 30 km.

There are no people living within 100 km radius. Tsunami is not expected. 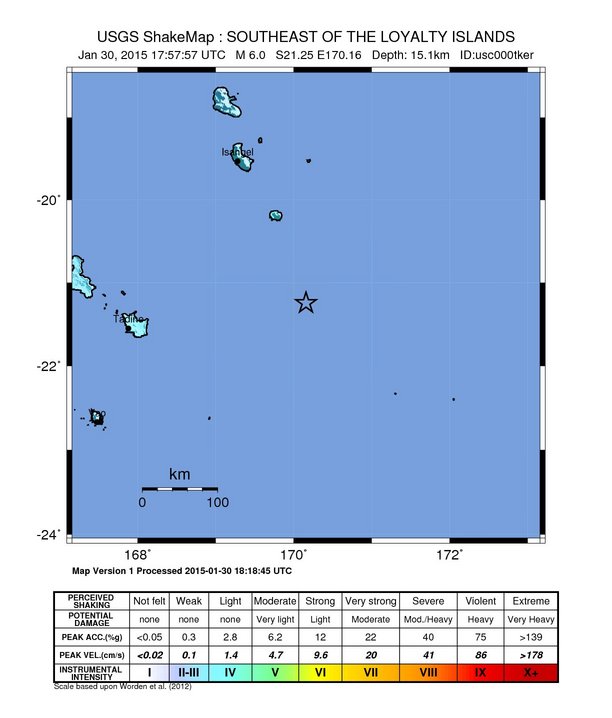 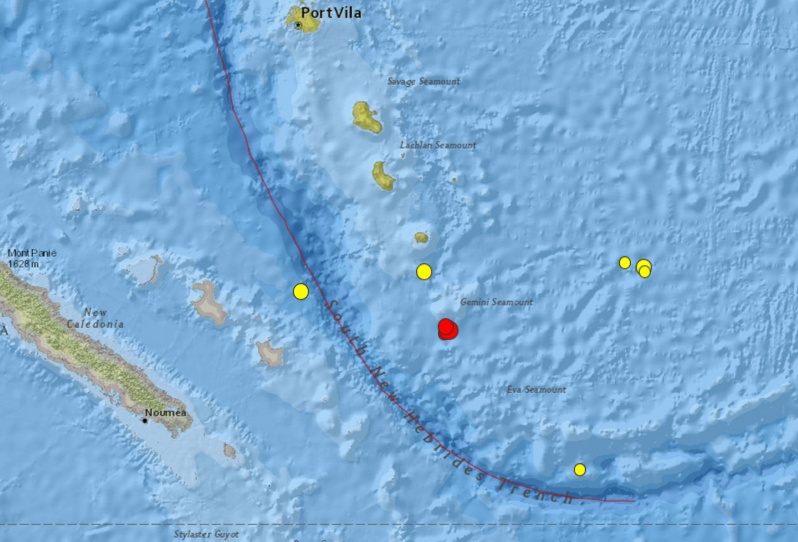