Arctic air is settling southward from Canada into the central and eastern U.S. This will cause dangerously cold temperatures to be felt by a large portion of country for the next few days, the U.S. National Weather Service (NWS) warns.

Temperatures will be 20 to 25 degrees below average from the Tennessee Valley to the Mid-Atlantic, their Short Range Public Discussion issued 07:48 UTC today says.

Cold high pressure over the Southern Plains to the Tennessee Valley will move eastward off the Southeast Coast by Friday morning, January 9, 2015. 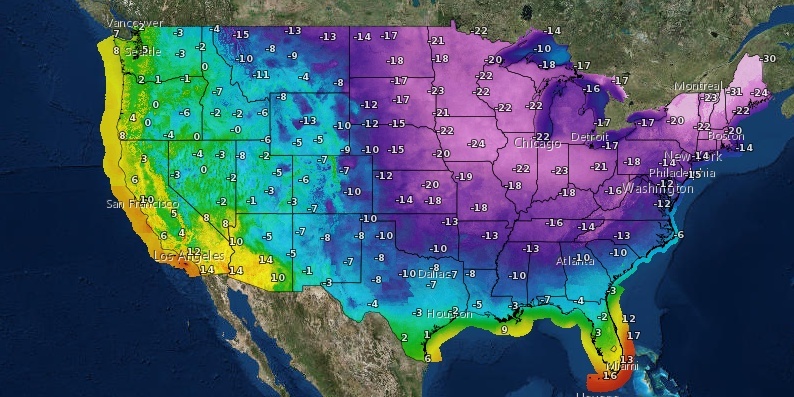 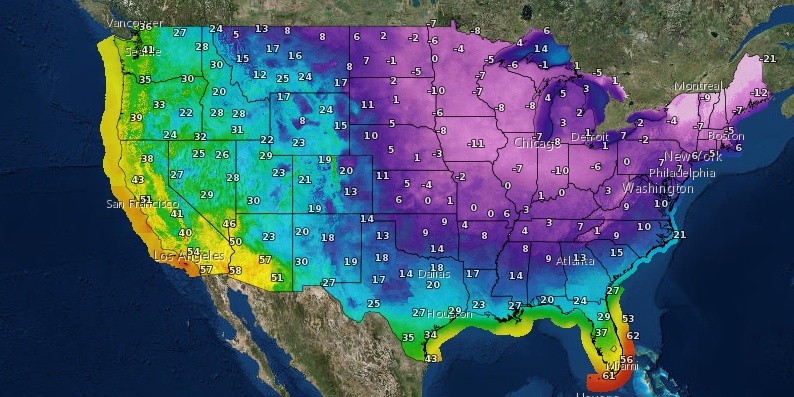 A developing clipper system will move eastward from the Northern Plains to the Great Lakes by early Friday morning and then northeastward to Eastern Canada by Friday evening.

The associated cold front will move eastward and off the East Coast by Friday afternoon. The system will produce light snow over parts of the Upper Mississippi Valley on Thursday morning and lake enhanced snow over the Great Lakes Thursday afternoon through Friday morning.

Hand warmers anyone? What a great photo of #Chiberia at -30 good morning Chitown 🙂 @cbschicago pic.twitter.com/Du5G5YbjVH

Where is cold air coming from? Air mass was near Arctic Circle in northern Canada as of 3-4 days ago. #ArcticBlast pic.twitter.com/qGKpyw0qAH

Snow will be heavy downwind from the Great Lakes Friday morning into Friday evening.

Moisture trying to move northward from the Western Gulf of Mexico will produce areas of rain/freezing rain over parts of Southwest Texas on Thursday morning.

The moisture will continue to move northward and produce light rain over parts of Southern Texas and the Southwest Thursday evening into Friday morning. The rain will be restricted to Southern Texas by Friday evening. (NWS/Short Range Public Discussion issued 07:48 UTC on January 8, 2015)