Eruption of Fogo volcano in the Cape Verde Islands that started around 11:00 UTC on Sunday, November 23, 2014, has so far destroyed at least 57 houses and more than 260 hectares of land.

As of December 3 lava is still erupting from a vent near the base of Pico do Fogo cone, inside the Cha Caldera, and is advancing at 15 to 20 meters per hour.

Satellite sensors keep detecting abundant sulfur dioxide emissions in the region which have the potential to create acid rain. Gas and dust concentrations in the southern part of the island have been high enough to cause health problems (breathing disorders, vomiting, dizziness, headaches etc), VolcanoDiscovery explains. 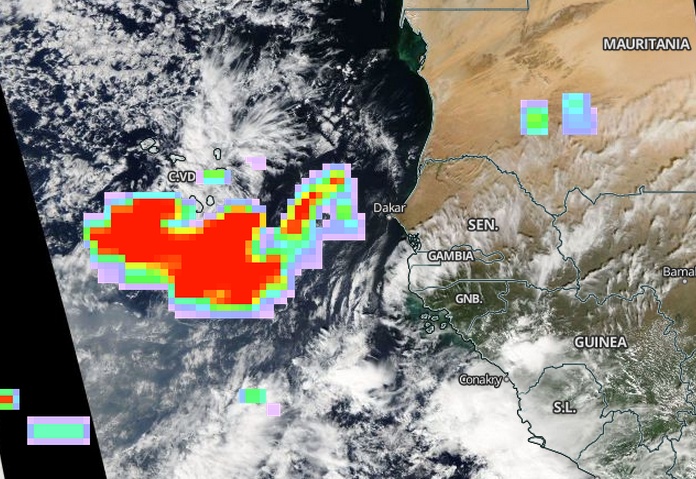 This is Fogo's first eruption after 19 years and is the largest since 1951. The eruption started at a vent on the WSW base of Pico cone, near or at where explosions originated in 1995, and then rose from multiple vents. The activity was characterized by explosions, lava fountains, and ash emissions.

About 700 people have been evacuated from Chã das Caldeiras and the local airport is closed. During the afternoon of November 24 workers removed items from the national park headquarters and by the evening lava had overtaken the building.

Radar scans from ESA's Sentinel-1A satellite are being used to monitor ground movements and study the volcano. The image below – an ‘interferogram’ – is a combination of two radar images from November 3 and 27, before and during the eruption.

Deformation on the ground causes changes in radar signals that appear as the rainbow-coloured patterns.

Scientists use the deformation patterns to understand the subsurface pathways of molten rock moving towards the surface, ESA explains. In this case, the radar shows that the magma traveled along a crack at least 1 km wide. 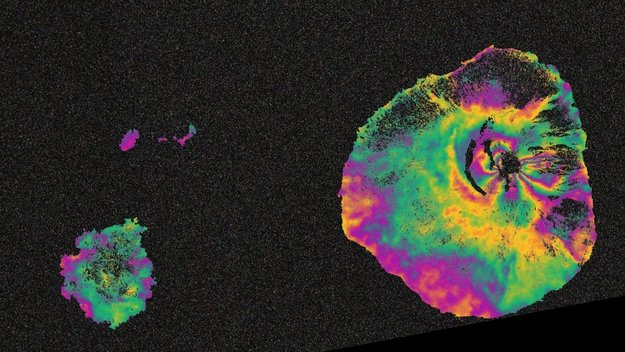