According to an analysis of data from almost 400 cities, air pollution remains the top environmental cause of premature death in urban Europe. Heart disease and stroke are the most common causes (80 %) of death due to air pollution, followed by lung diseases and cancer. Globally, it causes some 1.3 million deaths in cities every year. Nearly a quarter of a million of these deaths are caused by lung cancer. 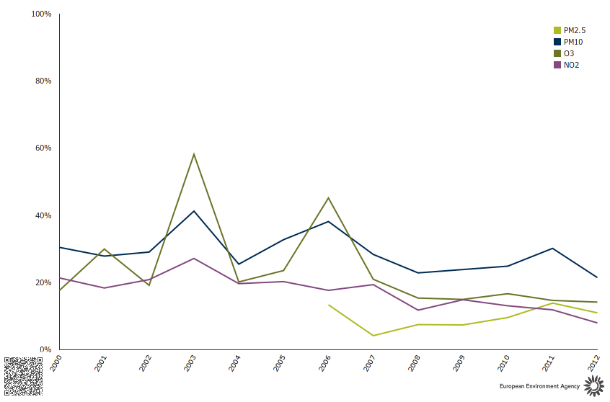 Based on 2011 concentrations and population data, an estimated 458,000 deaths in 40 countries in Europe, or 430,000 in the 28 EU member states are caused by air pollution every year. Last year, the WHO said outdoor air pollution was a leading cause of cancer. Scientists believe that air pollutants may be more harmful than previously thought. Air pollution's effect on respiratory illnesses and heart disease is well known, but new studies have shown that it can also affect health in other ways, from foetal development to illnesses late in life.

Alongside health, these pollutants also have a significant effect on plant life and ecosystems. These problems, including eutrophication, acidification and plant damage, have decreased in recent years.

The most dangerous pollutant was fine particulate matter (PM), caused mainly by burning fossil fuels. Particulate matter pollution can cause or aggravate existing cardiovascular and respiratory diseases, and long-term exposure can contribute to heart attacks and arrhythmias, nerve problems and premature death in some cases. The report said particulate matter and ozone had declined slightly over the last decade, though levels of nitrogen dioxide, mainly from car emissions, did not fall as fast as expected. 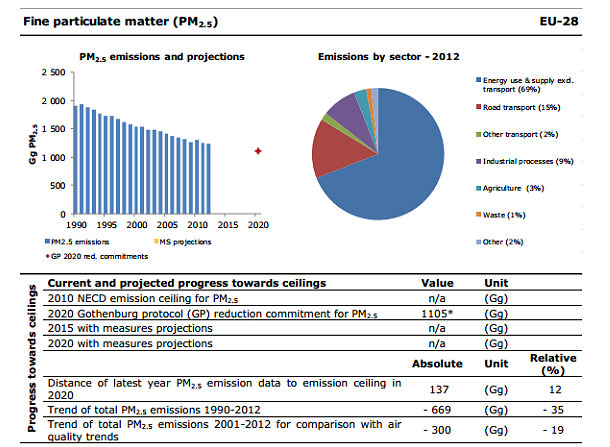 PM10, particulate matter measuring less than 10 microns, or 10 millionths of a metre, can lodge in the airways, causing respiratory problems. More perilous still are smaller PM2.5 particles which can enter the lungs and even the bloodstream. According to the report, 10-14 % of city dwellers in the EU are exposed to PM2.5 levels above the EU target. This increases to 91-93 % if WHO guidelines are used.

A hydrocarbon called benzo(a)pyrene (BaP) is the fastest growing pollutant . It s increasing by more than a fifth between 2003 and 2012 as use of woodstoves and biomass heating in cities increased. 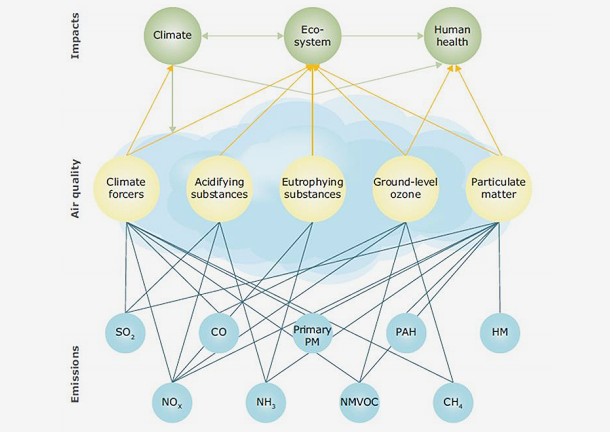 According to the WHO, Iran, India, Indonesia and China are among the countries hardest hit by air pollution. While the current levels in Europe pose a significant risk to health, peak levels can be up to 4-5 times higher in Asian cities like Beijing. Last year, Beijing registered PM2.5 levels as high as 40 times WHO recommended limits.