The Joint Typhoon Warning Center (JTWC) noted that animated multi-spectral satellite imagery on September 30 revealed that the tropical storm had slightly unraveled as the bands of thunderstorms had become even more fragmented than they were on September 29. At 15:00 UTC, Phanfone's maximum sustained winds were near 45 knots (83.3 mph/51.7 km/h). It was centered about 103 nautical miles (118 miles/190 km) north of Saipan.

The system was intensifying and moving to the west-northwest toward the island of Iwo at 15 knots (17.2 mph/17.7 km/h).

NASA’s TRMM satellite saw Phanfone was producing rainfall over a very large area on October 1. Some storms in these bands were dropping rain at a rate of over 76 mm (almost 3 inches) per hour. Image credit: SSAI/NASA, Hal Pierce

Its eye appeared the size of a pinhole on visible imagery from NASA's Aqua satellite earlier today (October 2). The tiny open eye of the storm was surrounded by a thick band of thunderstorms. The image also showed a very thick and large band of thunderstorms south of the center and spiraling into the eye. 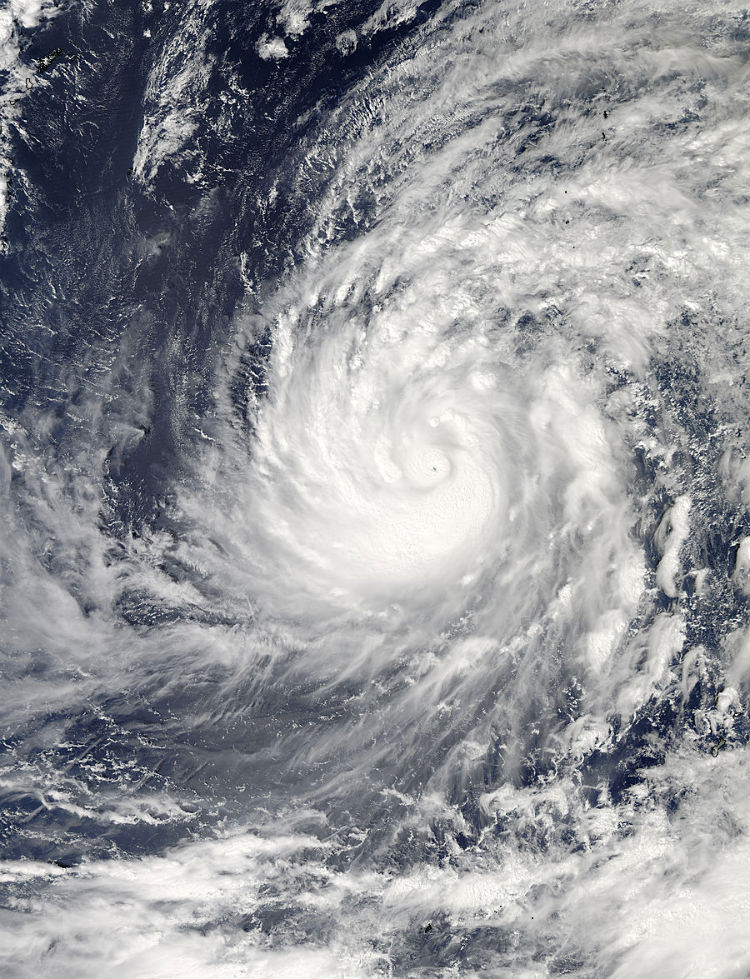 Phanfone is moving to the northwest and is expected to continue in that direction before turning to northeast on October 4 south of the Kyushu Province of Japan. Kyushu is the third largest island of Japan and most southwesterly of its four main islands.

JTWC expects it to begin weakening on October 4 as it begins a transition to an extra-tropical cyclone.