The second round of heavy monsoon rains, floods and landslides to hit northeastern India this month already claimed lives of at least 22 people, Assam state officials said on Tuesday, September 23, 2014.

According to Pramod Kumat Tiwari, the head of Assam’s Disaster Management Authority, more than 50 villages were hit by flash floods in the Garo Hills district of Meghalaya.

Local media reports put the number killed in Meghalaya since Monday at 25, as people were swept away or buried in the debris in North Garo Hills and West Garo Hills district. (BBC)

A warning issued by the weather forecast centre of the Met department yesterday said heavy to very heavy rainfall would occur at a few places with extremely heavy rainfall over Assam and Meghalaya tomorrow and Wednesday.

The daily flood bulletin of the Assam State Disaster Management Authority yesterday said 50,229 people in 93 villages in Dhemaji, Lakhimpur, Kamrup, Barpeta and Udalguri have been affected by the current wave of floods in the state. (TelegraphIndia)

The meeting also decided that State Disaster Response Force (SDRF) personnel would be stationed permanently in the flood-prone areas and two additional companies of the force would be raised. 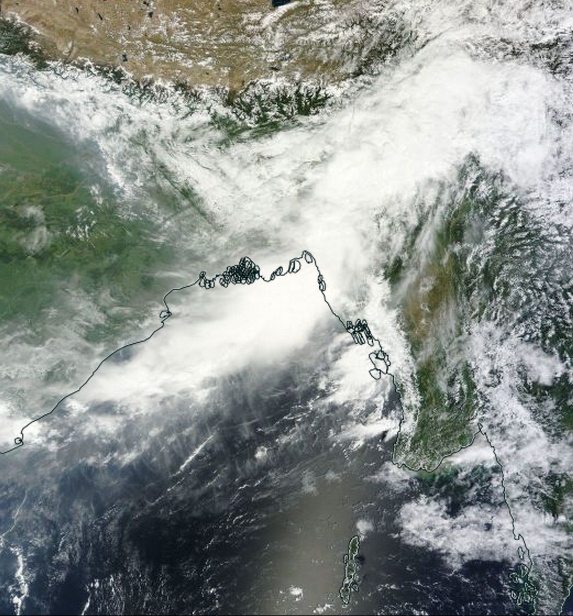