A Type II (707 km/s), IV and Tenflare (170 sfu) radio emissions were associated with this event. Type IV emissions occur in association with major eruptions on the sun and are typically associated with strong Coronal Mass Ejections (CME) and solar radiation storms.

It is possible that part of the plasma cloud is directed toward our planet. More information will be available after the analysis.

Region 2151 developed a small trailer spot during last 24 hours, but remained largely unchanged since the M5.9 flare yesterday.  Region 2146 (N10W39, Dki/beta) maintained its north-south spot orientation and was relatively dynamic during the same period, though unproductive. The other regions on the visible disk were either stable or in decay. 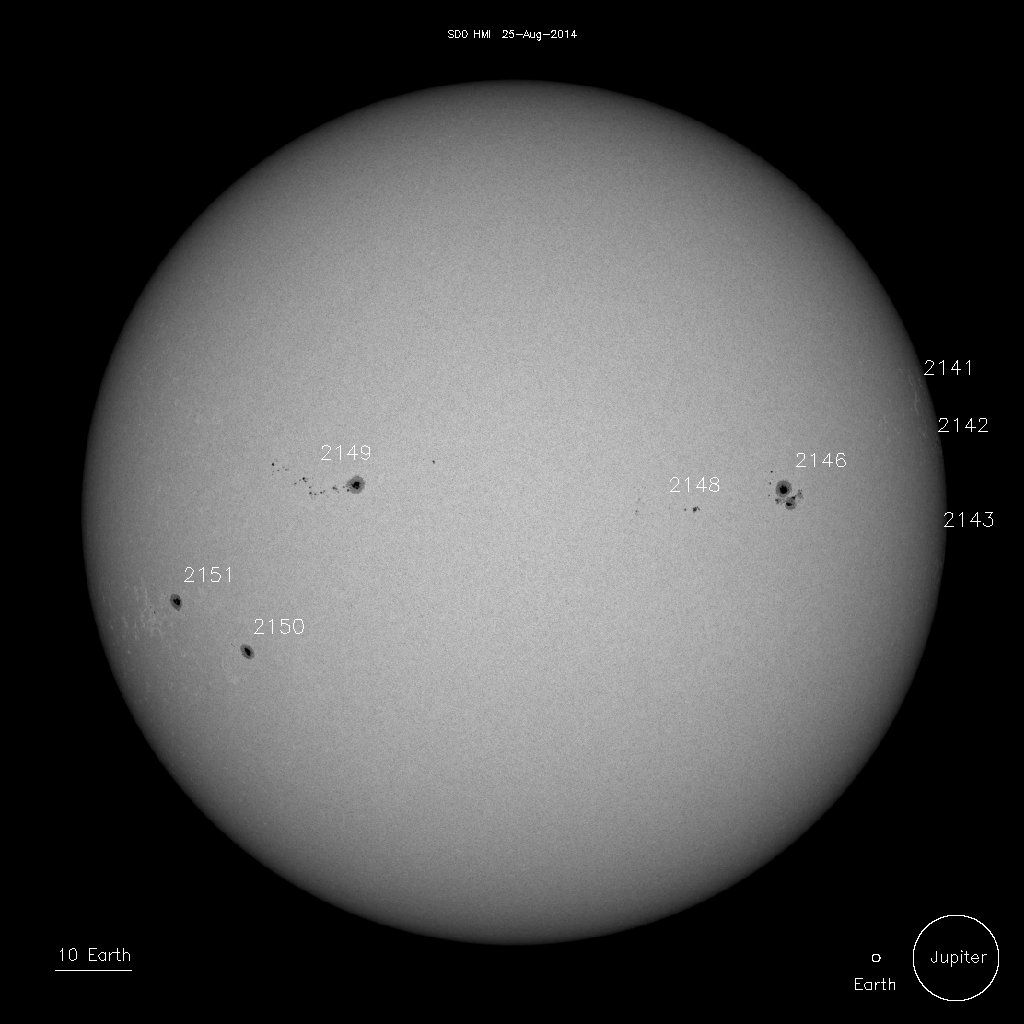 The geomagnetic field was quiet in last 24 hours and is expected to remain quiet today and for the first half of August 26.

NOAA SWPC forecasters estimate a 15% to 20% chance of polar geomagetic storms on August 26 – 27 when the CME arrives.