Astronomers using NASA's Chandra X-ray Observatory to explore the Perseus Cluster, a swarm of galaxies approximately 250 million light years from Earth, have observed the spectral line that appears not to come from any known type of matter. The signal they received can not be explained by known physics but they say it shifts suspicion to the dark matter.

Perseus Cluster a collection of galaxies and one of the most massive known objects in the Universe, immersed in an enormous 'atmosphere' of superheated plasma. It is approximately 768 000 light years across. 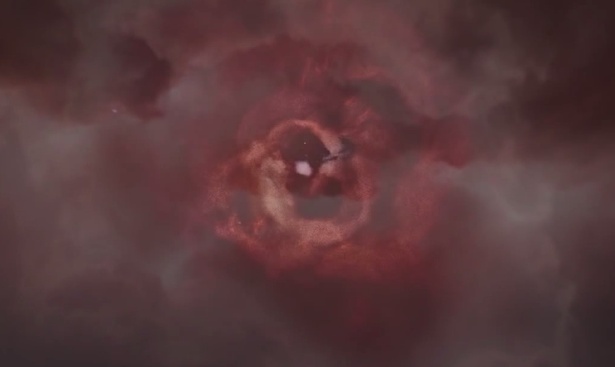 "I couldn't believe my eyes," says Esra Bulbul of the Harvard Center for Astrophysics.  "What we found, at first glance, could not be explained by known physics."

"The cluster's atmosphere is full of ions such as Fe XXV,  Si XIV, and S XV.  Each one produces a 'bump' or 'line' in the x-ray spectrum, which we can map using Chandra. These spectral lines are at well-known x-ray energies."

Yet, in 2012 when Bulbul added together 17 day's worth of Chandra data, a new line popped up where no line should be.

"A line appeared at 3.56 keV (kilo-electron volts) which does not correspond to any known atomic transition," she says.  "It was a great surprise." 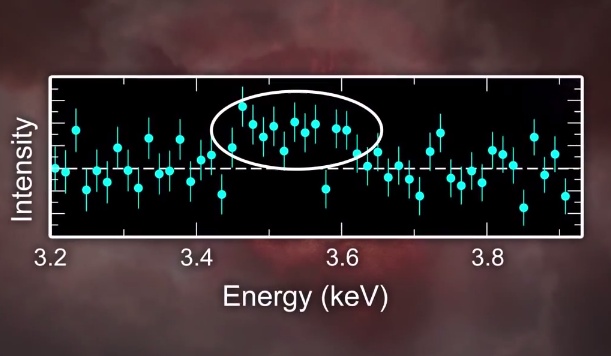 The spectral line appears not to come from any known type of matter. Image credit: NASA / Chandra

"It took a long time to convince myself that this line is neither a detector artifact, nor a known atomic line," Bulbul said. "I have done very careful checks.  I have re-analyzed the data; split the data set into different sub groups; and checked the data from four other detectors on board two different observatories. None of these efforts made the line disappear."

In short, it appears to be real.  The reality of the line was further confirmed when Bulbul's team found the same spectral signature in X-ray emissions from 73 other galaxy clusters. Those data were gathered by Europe's XMM-Newton, a completely independent X-ray telescope.

Moreover, about a week after Bulbul team posted their paper online, a different group led by Alexey Boyarsky of Leiden University in the Netherlands reported evidence for the same spectral line in XMM-Newton observations of the Andromeda galaxy.  They also confirmed the line in the outskirts of the Perseus cluster.

"After we submitted the paper, theoreticians came up with about 60 different dark matter types which could explain this line. Some particle physicists have jokingly called this particle a 'bulbulon'," she laughs.

The menagerie of dark matter candidates that might produce this kind of line include axions, sterile neutrinos, and "moduli dark matter" that may result from the curling up of extra dimensions in string theory.

There is uncertainty in these results, in part, because the detection of this emission line is pushing the capabilities of both Chandra and XMM-Newton in terms of sensitivity. ​

More data and investigation will be needed to confirm both the signal's existence and nature. 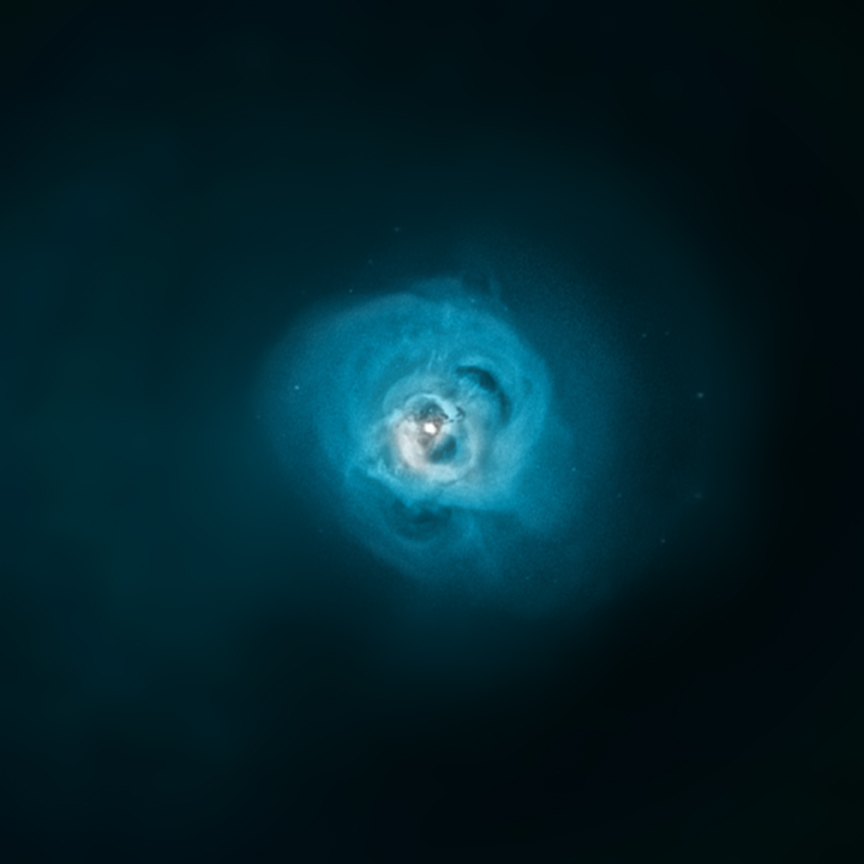 A paper describing the detection of this mysterious emission line was published in the July 1st issue of The Astrophysical Journal and a preprint is available online.