An intriguing source has been discovered in the nearby Andromeda galaxy using data from NASA's Chandra X-ray Observatory and ground-based optical telescopes. Previously thought to be part of the Milky Way's neighbor galaxy, the new research shows this source is actually a very distant object 2.6 billion light years away that is acting as a cosmic bomb. The object is possibly the most tightly coupled pair of supermassive black holes ever seen.

The graphic below shows the Chandra data (blue in inset) of the source known as LGGS J004527.30+413254.3 (J0045+41 for short) in the context of optical images of Andromeda from the Hubble Space Telescope. In the inset image, north is up and in the large image north is to the lower right. Andromeda, also known as M31, is a spiral galaxy located about 2.5 million light years from Earth.

Even more intriguing than the large distance of J0045+41 is that it likely contains a pair of giant black holes in close orbit around each other. The estimated total mass for these two supermassive black holes is about two hundred million times that of our Sun.

J0045+41 was previously classified as a different type of object — a pair of orbiting stars — when it was thought to occupy Andromeda. A team of researchers combined the Chandra X-ray data with spectra from the Gemini North telescope in Hawaii, providing evidence that J0045+41 contained at least one supermassive black hole. Using data from the Palomar Transient Factory telescopes in California, the team found repeating variations in the light from J0045+41, a pointer to the presence of two orbiting giant black holes.

"We were looking for a special type of star in M31 and thought we had found one," said Trevor Dorn-Wallenstein of the University of Washington in Seattle, WA, who led the paper describing this discovery. "We were surprised and excited to find something far stranger!"

"This is the first time such strong evidence has been found for a pair of orbiting giant black holes," said co-author Emily Levesque of the University of Washington.

The researchers estimate that the two putative black holes orbit each other with a separation of only a few hundred times the distance between the Earth and the Sun. This corresponds to less than one hundredth of a light year. By comparison, the nearest star to our Sun is about four light years away.

Such a system could be formed as a consequence of the merger, billions of years earlier, of two galaxies that each contained a supermassive black hole. At their current close separation, the two black holes are inevitably being drawn closer together as they emit gravitational waves. 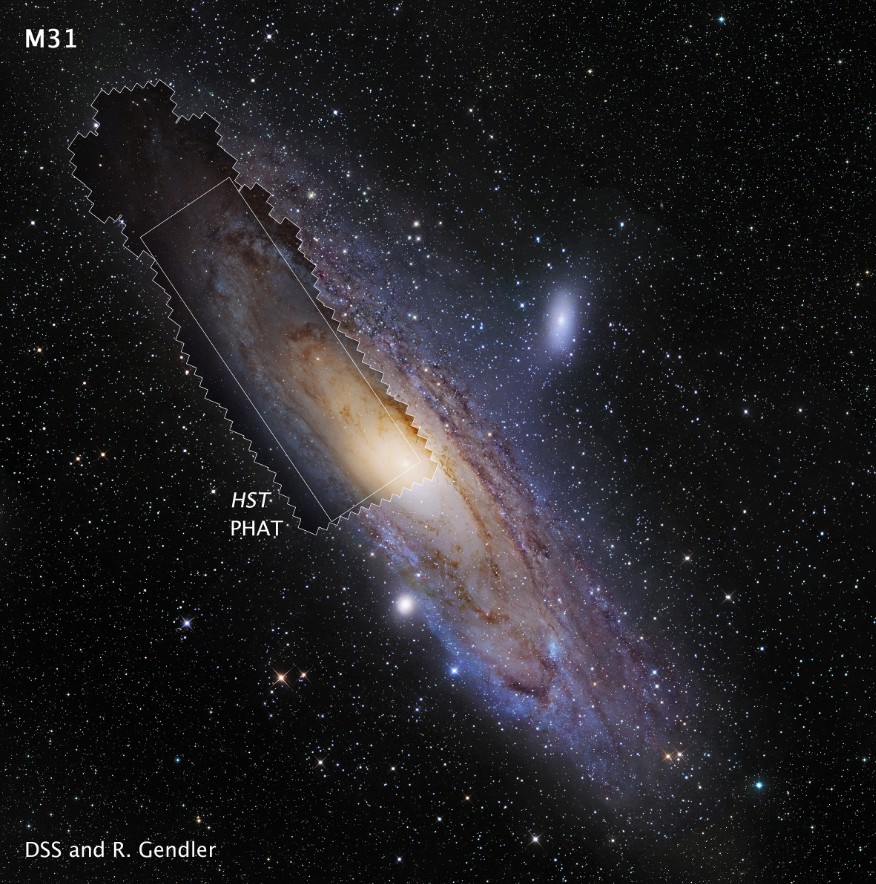 A paper describing this result was accepted for publication in The Astrophysical Journal and a preprint is available online. NASA's Marshall Space Flight Center in Huntsville, Alabama, manages the Chandra program for NASA's Science Mission Directorate in Washington. The Smithsonian Astrophysical Observatory in Cambridge, Massachusetts, controls Chandra's science and flight operations.