Piton de la Fournaise volcano located in Reunion, Indian Ocean, erupted late June 20, 2014 after almost 4 years of sleep. The eruption occurred at 21:35 UTC (01:35 local time on June 21, 2014) from the southeastern side of its main summit crater.

The eruption had 10 days of precursory signs with higher gas emission and seismicity, along with a recent red glow in the area.

Volcano Observatory of Piton de la Fournaise said the tremor has subsided by noon, but the activity continued. 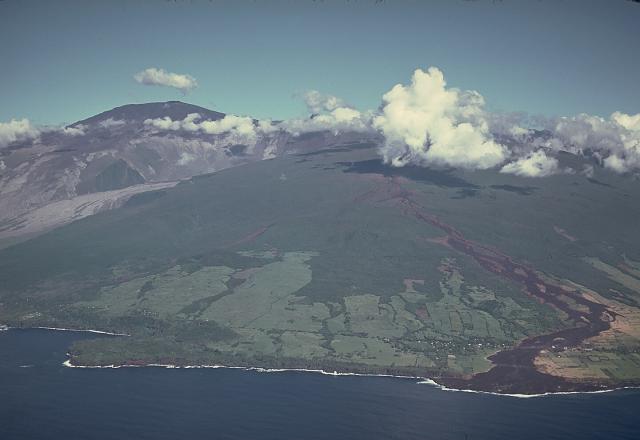 The massive Piton de la Fournaise basaltic shield volcano on the French island of Réunion in the western Indian Ocean is one of the world's most active volcanoes.

Much of its more than 530,000-year history overlapped with eruptions of the deeply dissected Piton des Neiges shield volcano to the NW. Three calderas formed at about 250,000, 65,000, and less than 5000 years ago by progressive eastward slumping of the volcano. Numerous pyroclastic cones dot the floor of the calderas and their outer flanks.

Most historical eruptions have originated from the summit and flanks of Dolomieu, a 400-m-high lava shield that has grown within the youngest caldera, which is 8 km wide and breached to below sea level on the eastern side. More than 150 eruptions, most of which have produced fluid basaltic lava flows, have occurred since the 17th century. Only six eruptions, in 1708, 1774, 1776, 1800, 1977, and 1986, have originated from fissures on the outer flanks of the caldera.