The source was Active Region 2051 located on the western limb. CME was not Earth directed. [Updates]

Solar wind parameters indicated continued waning CME effects yesterday. Wind speeds were variable in the 340-420 km/s range, with a peak speed of 425 km/s at 05/21:50 UTC. Solar wind parameters are expected to remain enhanced for the next three days (May 6 – 8) with the onset of a weak, positive polarity coronal hole high-speed stream (CH HSS) on May 6 and with the arrival of the May 3 glancing blow CME late on May 6 / early 07 May 7. 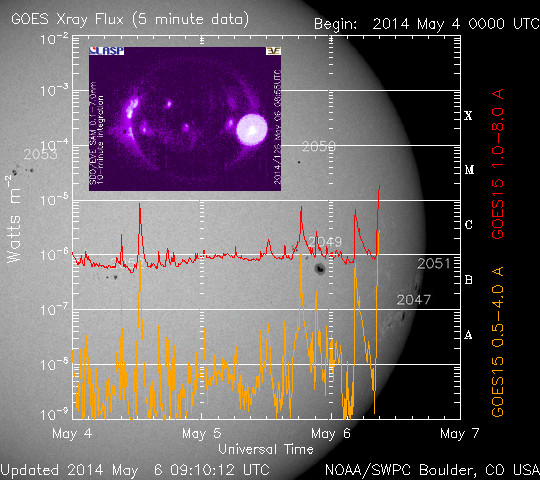 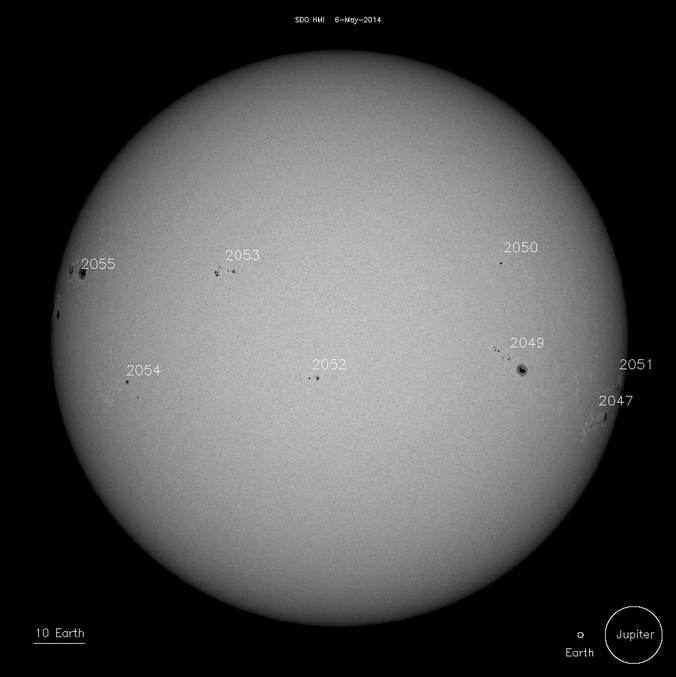