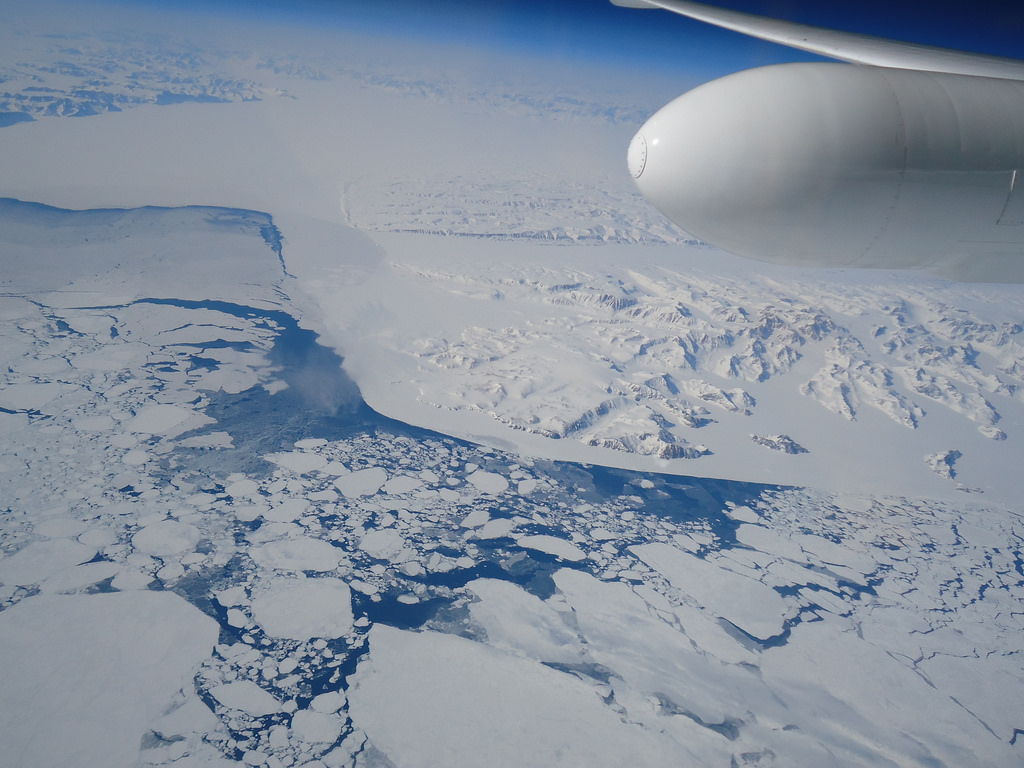 A team of university scientists and a NASA colleague were greatly surprised to discover an ancient tundra landscape preserved under the Greenland Ice Sheet, below 3.2 km (2 miles) of ice. "We found organic soil that has been frozen to the bottom of the ice sheet for 2.7 million years," said University of Vermont geologist and lead author of paper published in journal Science, Paul Bierman.

"The ancient soil under the Greenland ice sheet helps to unravel an important mystery surrounding climate change," said Dylan Rood, a co-author on the new study, from the Scottish Universities Environmental Research Centre and the University of California, Santa Barbara. "How did big ice sheets melt and grow in response to changes in temperature?"

The new discovery indicates that even during the warmest periods since the ice sheet formed, the center of Greenland remained stable. "It’s likely that it did not fully melt at any time," Bierman said. This allowed a tundra landscape to be locked away, unmodified, under ice through millions of years of global warming and cooling.

"Some ice sheet models project that the Greenland Ice Sheet completely melted during previous interglacial periods. These data suggest that did not happen," said co-author Tom Neumann, a cryospheric scientist at NASA’s Goddard Space Flight Center. "We don’t know how much of the ice sheet remained – to estimate it, we'd have to study other ice cores in Greenland that have sediment in the bottom to see if ancient soil is preserved under those sites as well."

The scientists tested seventeen samples of "dirty ice" – ice with sediment mixed in — extracted from Summit, Greenland, in 1993. From this sediment, Bierman and a team at the University of Vermont's Cosmogenic Nuclide Laboratory extracted a rare form of the element beryllium, an isotope called beryllium-10. Formed by cosmic rays, it falls from the sky and sticks to rock and soil. The longer soil is exposed at Earth's surface, the more beryllium-10 it accumulates. Measuring how much is in soil or a rock gives geologists a kind of exposure clock.

The researchers expected to only find soil eroded from glacier-scoured bedrock in the sediment at the bottom of the ice core. But the silt they did find had very high concentrations of beryllium-10 when the team measured it on a particle accelerator.

"On a global basis, we only find these sorts of beryllium concentrations in soils that have developed over hundreds of thousands to millions of years," said co-author Joseph Graly, who analyzed the beryllium data.

The new research, supported by funding from the National Science Foundation, shows that the soil had been stable and exposed at the surface for somewhere between 200 000 and one million years before being covered by ice.

To help interpret these unexpected findings, the team also measured nitrogen and carbon that could have been left by plant material in the core sample. "The fact that measurable amounts of organic material were found in the silty ice indicates that soil must have been present under the ice," said co-author Andrea Lini at the University of Vermont. The composition of the material suggested that the pre-glacial landscape may have been a partially forested tundra.

"Greenland really was green! However, it was millions of years ago," said Rood. "Before it was covered by the second largest body of ice on Earth, Greenland looked like the green Alaskan tundra." To confirm their findings about this ancient landscape, the researchers also measured beryllium levels in a modern permafrost tundra soil on the North Slope of Alaska and found that the values were very similar.