Typhoon Danas is currently categorized as Category IV storm and is packing wind speeds of over 232 km/h (144 mph). It entered Philippine Area of Responsibility on Sunday, October 6, and was named "Ramil". Forecasters said it was too far to affect any part of Philippines but it will affect South Korea and Japan.

The Korea Meteorological Administration (KMA) says Danas is moving northward fast and is expected to pass through the Korea Strait on Tuesday night (October 8, local time). Rain will start today.

The Japan Meteorological Agency has already issued warnings for Okinawa to expect winds of 167 km/h (104 mph) before the end of Monday. The authorities are advising that those in the areas prepare for power outages and keep items like bottled water and non-perishable foods on hand.

Danas is predicted to weaken as it moves into the Sea of Japan’s cooler waters throughout Wednesday. Eastern Japan, including Tokyo, will avoid the worst of the typhoon. 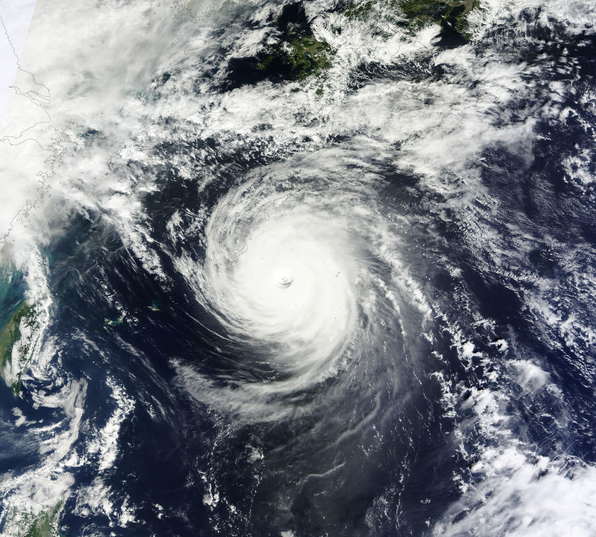 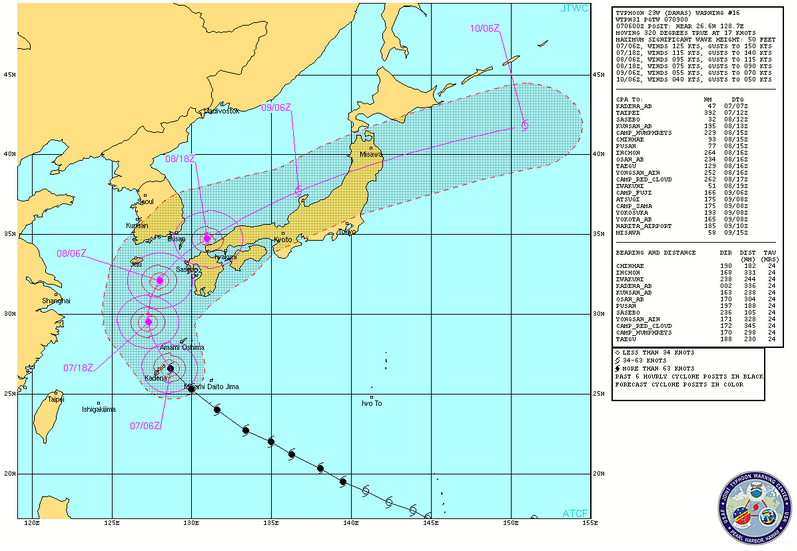 According to latest JTWC warning, issued at 09:00 UTC on October 7, Danas was located 49 NM east of Kadena airbase, and has tracked northwestward at 17 knots over the past 6 hours.

The robust all-round outflow has been the primary factor to the rapid intensification over last 24 hours. 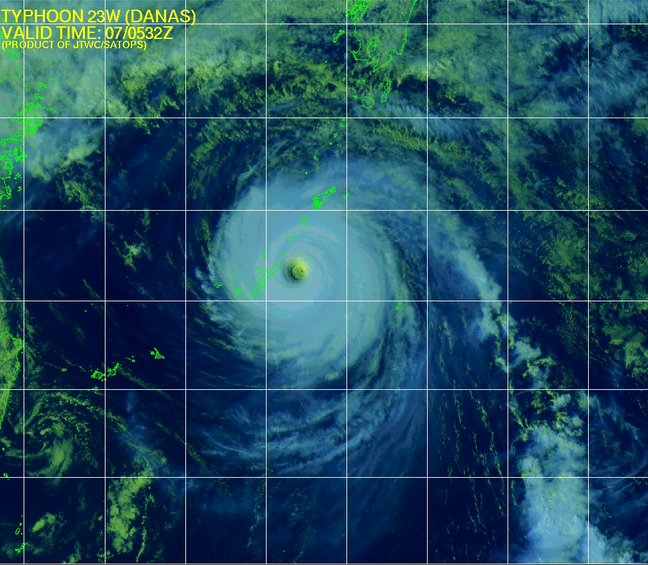 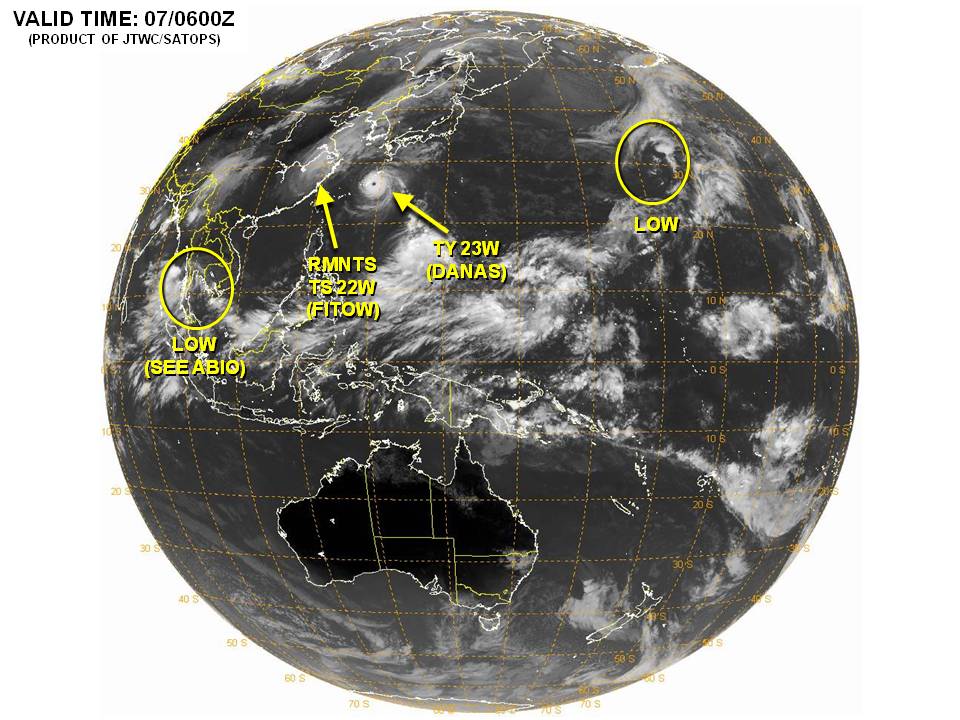 From Thursday, October 10, Danas is expected to move away from Japan in a northeastward direction.