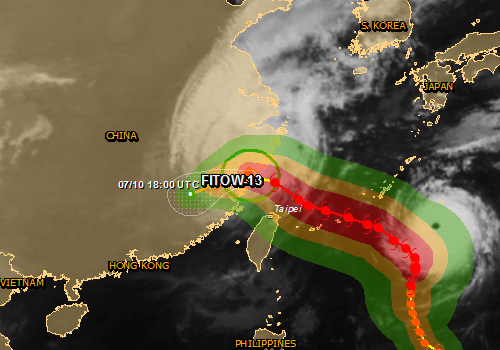 National Meteorological Center said that Fitow struck Fuding city of Fujian province with winds of up to 151 km/h (94 miles) and slowed before weakening to a tropical storm.

According to authorities, in Zhejiang province's coastal Cangnan County, some 1 200 houses collapsed in the strong winds. In Zhejiang 574 000 people were evacuated, and in Fujian 177 000 were displaced.

At least two people were reported killed, both near Wenzhou in Zhejiang province, the state news agency Xinhua said.

Parts of Zhejiang, which neighbors the commercial hub Shanghai, saw nearly 29 centimeters (11 inches) of rain over 17 hours from Sunday to early Monday, while areas in Fujian to the south saw up to 16 centimeters.

According to latest JTWC warning, issued at 21:00 UTC on October 6, Tropical Storm 22W (Fitow) was located approximately 152 NM north-northwest of Taipei, Taiwan, and has tracked northwestward at 13 knots over the past 6 hours. The system has made landfall and has began to rapidly decay, as evidenced on animated enhanced infrared satellite imagery and a composite radar loop from the Taiwan Central Weather Bureau. 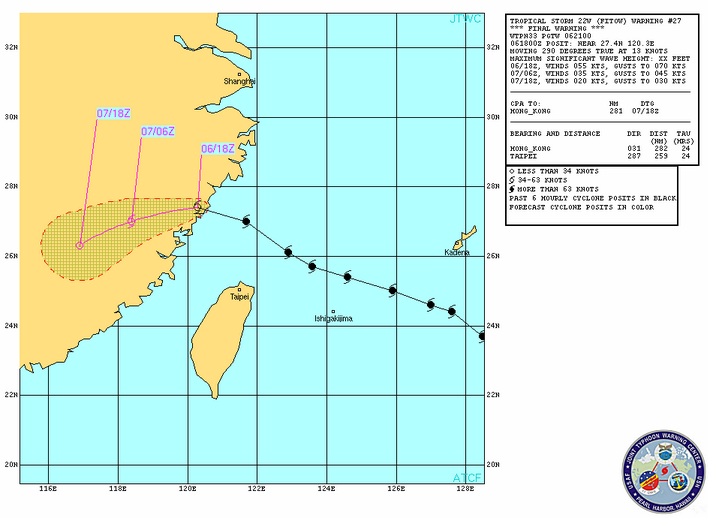 TS Fitow is forecast to deflect southwestward as a low to mid-layered subtropical ridge to the west assumes steering. It is expected to dissipate over the next 24 hours due to frictional effects. 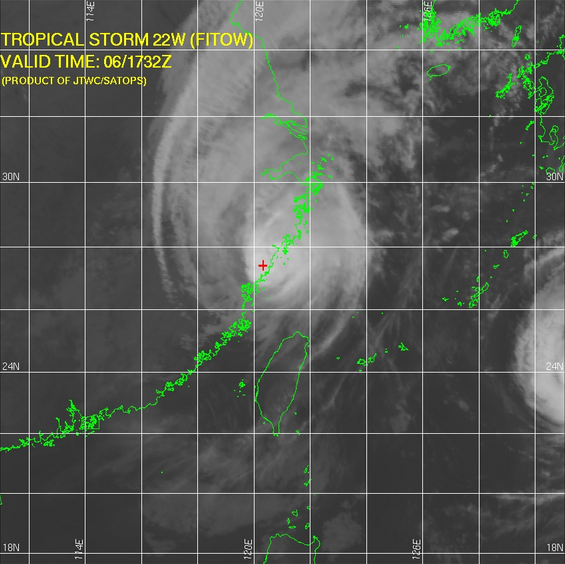