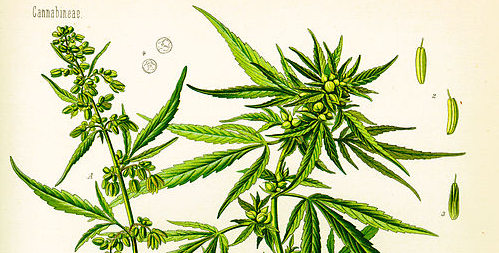 It's not every day that a major media figure admits he was wrong about something important and comes out publicly to apologize for it. But CNN's Chief Medical Correspondent Dr. Sanjay Gupta has done just that, having recently published a formal apology renouncing his role in denying the medical legitimacy of cannabis, also known as marijuana, and urging lawmakers to decriminalize the natural plant, or at the very least remove it from the Schedule I controlled substances list.

As a foreword to the release of his new documentary Weed, Dr. Gupta issued his apology alongside a summary of what brought him to this newfound conclusion that marijuana is beneficial. Citing extensive research dating back to the 1800s, when marijuana was actually recognized as a legitimate medicine and prescribed for conditions like neuralgia, convulsive disorders and emaciation, Dr. Gupta makes plain copious evidence that proves the legitimacy of marijuana.

You can watch Weed at the following link: http://youtu.be/tShnVEmdS2o

"We have been terribly and systematically misled for nearly 70 years in the United States, and I apologize for my own role in that," writes Dr. Gupta about the manufactured social stigma that has kept marijuana as an illegal substance in the U.S. for nearly 45 years, of which he was a part. "I mistakenly believed the Drug Enforcement Agency listed marijuana as a schedule 1 substance because of sound scientific proof," he adds, noting that he later discovered no such scientific proof exists.

In fact, marijuana first became illegal in the U.S., after being legal and in widespread use since the country's founding, by the way, due to the deception of one man by the name of Dr. Roger O. Egeberg. The Assistant Secretary of Health at the time, Dr. Egeberg wrote a letter on August 14, 1970, recommending that marijuana be reclassified as a Schedule I substance. In this letter, Dr. Egeberg did not cite evidence showing that marijuana was in any way dangerous, but instead claimed that an alleged lack of science warranted placing marijuana on the most dangerous substances list.

"Not because of sound science, but because of its absence, marijuana was classified as a schedule 1 substance," explains Dr. Gupta, adding that Dr. Egeberg simply chose to ignore the plethora of research that was available at that time to show that marijuana is, indeed, safe.

Marijuana has never killed anyone, and has been used as a safe medicine for centuries

One of the most common claims against marijuana, and one that is thankfully becoming increasingly regarded by the general public as an unfounded myth, purports that marijuana is highly addictive and leads to abuse of more dangerous substances like cocaine and heroin. As it turns out, quite the opposite is true, as research commissioned by former New York Mayor Fiorello LaGuardia back in 1944 found that marijuana is neither addictive nor the "gateway" drug that some people claim it is.

If safety is really the issue with marijuana, then substances like tobacco, alcohol and prescription drugs should all be classified as Schedule I drugs. Prescription drugs in particular are among the most dangerous substances currently available, as they kill one person in the U.S. every 19 minutes, according to Dr. Gupta's research. Meanwhile, there is not a single recorded death from marijuana anywhere in the historical record.

But Dr. Gupta has high hopes for the future of marijuana, despite all the existing hurdles that bar not only widespread legalization but also legitimate research from taking place.

"Looking forward, I am especially intrigued by studies like those in Spain and Israel looking at the anti-cancer effects of marijuana and its components," he concludes. "I'm intrigued by the neuro-protective study by Lev Meschoulam in Israel, and research in Israel and the United States on whether the drug might help alleviate symptoms of PTSD. I promise to do my part to help, genuinely and honestly, to fill the remaining void in our knowledge."

Be sure to read Dr. Gupta's full article here: http://www.cnn.com

Featured image: Cannabis as illustrated in Köhler's book of medicinal plants from 1897. Source.