Drilling cores from Switzerland have revealed the oldest known fossils of direct ancestors of flowering plants. These beautifully preserved 240-million-year-old pollen grains are evidence that flowering plants evolved 100 million years earlier than previously thought, according to Rsearchers from the University of Zurich.

Many studies have tried to estimate the age of flowering plants from molecular data, but so far no consensus has been reached. Depending on dataset and method, these estimates range from the Triassic to the Cretaceous. Molecular estimates typically need to be “anchored” in fossil evidence, but extremely old fossils were not available for flowering plants. “That is why the present finding of flower-like pollen from the Triassic is significant”, says Prof. Peter Hochuli, University of Zurich. 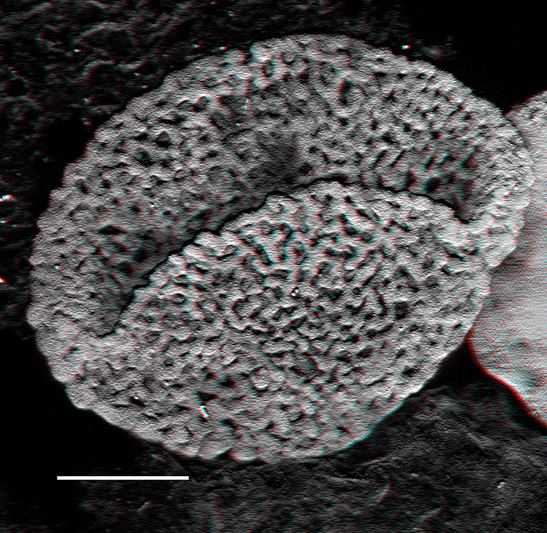 In a previous study from 2004, Hochuli and Feist-Burkhardt documented different, but clearly related flowering-plant-like pollen from the Middle Triassic in cores from the Barents Sea, south of Spitsbergen. The samples from the present study were found 3000 km south of the previous site. “We believe that even highly cautious scientists will now be convinced that flowering plants evolved long before the Cretaceous”, say Hochuli.

What might these primitive flowering plants have looked like? In the Middle Triassic, both the Barents Sea and Switzerland lay in the subtropics, but the area of Switzerland was much drier than the region of the Barents Sea. This implies that these plants occurred a broad ecological range. The pollen’s structure suggests that the plants were pollinated by insects: most likely beetles, as bees would not evolve for another 100 million years.