No destructive widespread tsunami threat exists based on historical earthquake and tsunami data. However, earthquakes of this size sometimes generate local tsunamis that can be destructive along coasts located within a hundred kilometers of the earthquake epicenter. Authorities in the region of the epicenter should be aware of this possibility and take appropriate action.

This part of the coastal area is sparsely populated. There are about 40 944 people living within 100 km radius.

Local press is reporting a number of collapsed houses in Arequipa, esspecially in Acari region. 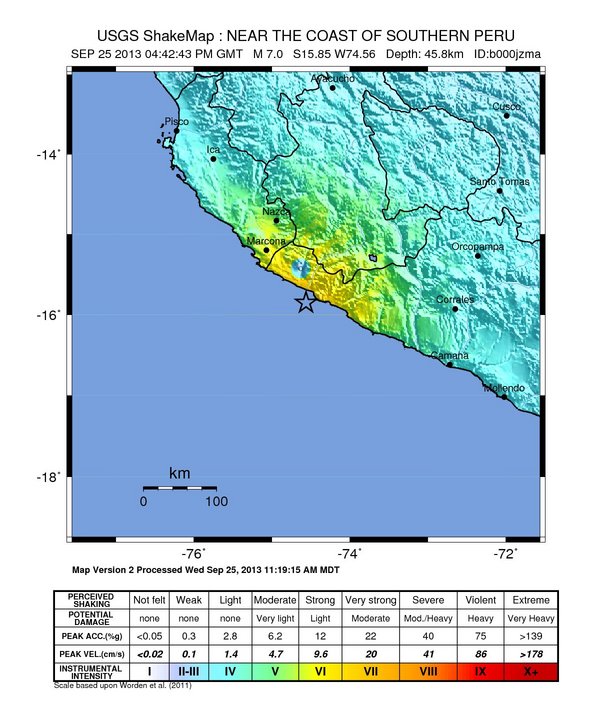