Tropical Depression 19-W strengthened into Tropical Storm Pabuk on September 22, 2013 and lashed the northern Philippines immediately after Super-Typhoon Usagi which is considered to be the strongest typhoon to hit the western Pacific this year.

At least 30 people in the northern Philippines have been killed in resulting floods and landslides. So far, 87 000 people have been displaced and flooding continues due to ongoing monsoon rains in the northern provinces of Bataan and Laguna.

Typhoon Pabuk's eye was clear on visible and infrared NASA satellite imagery on September 24, and one day later high clouds covered the center and Pabuk's eye was "closed." Satellite data also showed that Pabuk's eye shrunk by about 5 nautical miles (9.26 km) in the last day. 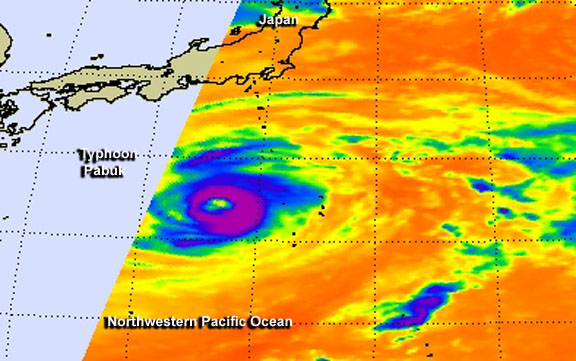 This false-colored infrared image of Typhoon Pabuk was taken from the AIRS instrument aboard NASA's Aqua satellite on September 24 at 16:05 UTC when Pabuk's eye was still visible. Image credit: NASA JPL, Ed Olsen 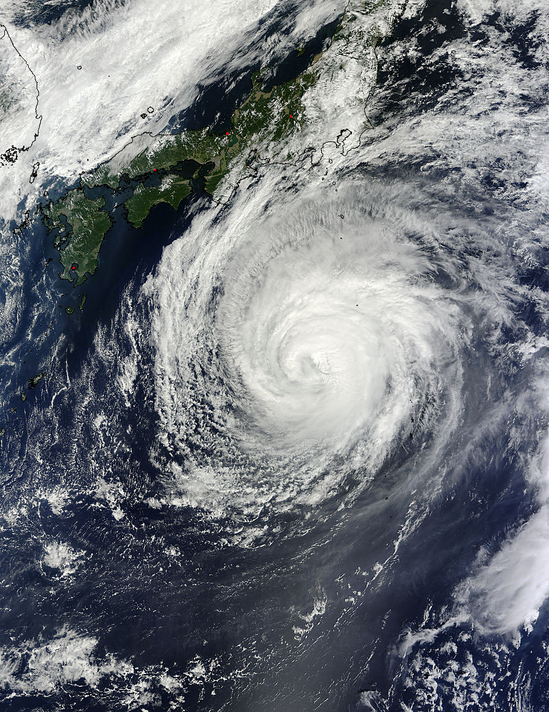 On September 25 at 01:35 UTC as NASA's Terra satellite passed over Typhoon Pabuk, the Moderate Resolution Imaging Spectroradiometer or MODIS instrument captured a visible image of the storm that showed the center filled in by high clouds. The eye has also diminished in size and was 25 nautical miles/46.3 km/28.7 miles in diameter. 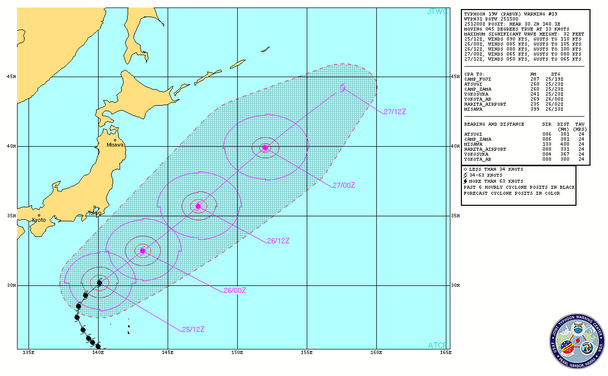 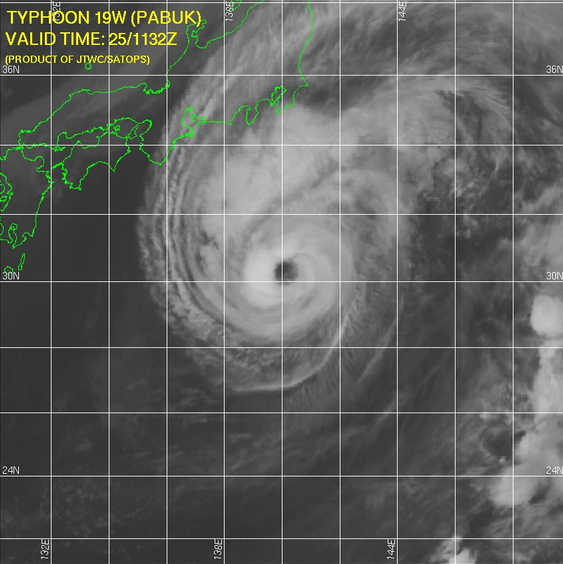 The Typhoon has been moving counter-clockwise around a large area of high pressure and is now rounding the northwestern edge of it. As a result, Pabuk is now on a north-northeasterly path that will shift to the northeast. Pabuk is expected to remain at sea in the Northwestern Pacific Ocean as it transitions to an extra-tropical storm by September 27.