A high-speed solar wind stream from a geoeffective coronal hole is buffeting Earth's magnetic field and causing geomagnetic storms around the poles. The Bz component of the interplanetary magnetic field (IMF) is rotating between north and south pointing position. 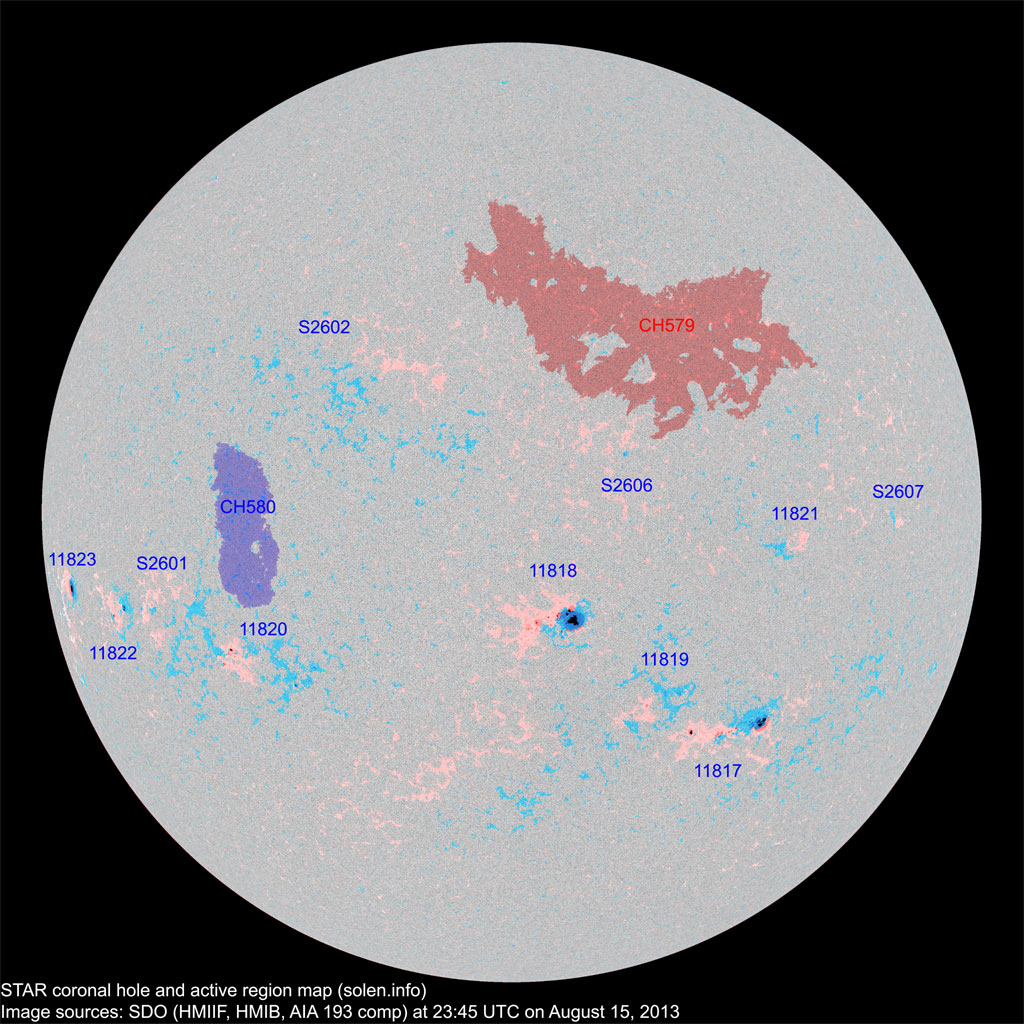 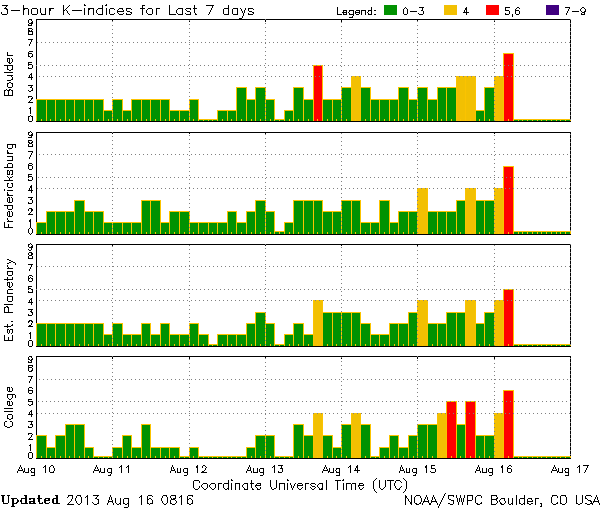 On August 15, 2013 at 22:16 UTC a C2.9 solar flare was observed from around AR 1817. A Type II Radio Emission was associated with the event. Type II emissions occur in association with eruptions on the sun and typically indicate a coronal mass ejection is associated with a flare event.